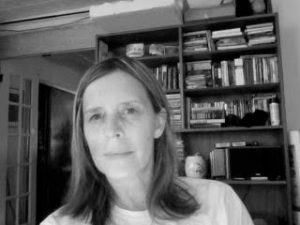 M.F.A. from Hunter College, CUNY. On the Visual Arts Faculty at The Cooper Union School of Art and Princeton University. Represented by Rachel Uffner Gallery, New York. She had a solo show there, She Swipes Shallow Space By The Slide Drawer, this past Spring 2018. Has shown at a variety of venues throughout the United States and Europe over the last fifteen years. Awards include The Guggenheim Foundation, The Radcliffe Fellowship, The Tiffany Foundation, The Anonymous is a Woman Award, and the Howard Foundation Award in Visual Arts from Brown University. Published reviews include the The New York Times, Art in America, the New Yorker, and ArtForum. Not a Single Point of View: Contemporary Sculpture and the Spatial Imaginary by Johanna Burton was published in the Yale University Art Gallery Bulletin/The State of Sculpture in 2009.