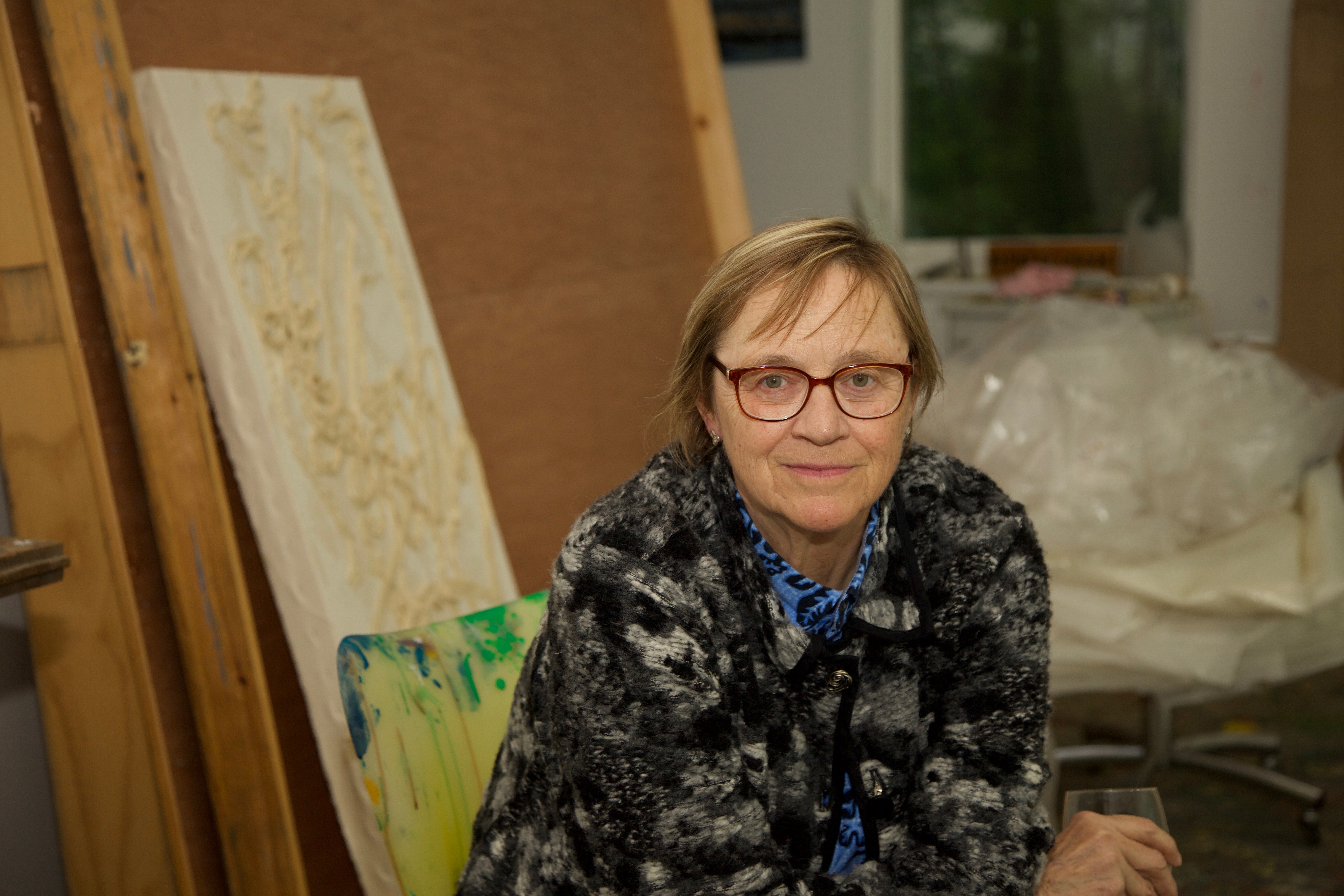 Dona Nelson has had twelve solo exhibitions of her paintings, primarily in New York City. In 2000, she had a large survey show of her work at the Weatherspoon Museum of Fine Art in Greensboro, North Carolina. She had solo exhibitions in 2001 and 2003 at the Cheim and Read Gallery in New York City. She currently exhibits her work at the Thomas Erben Gallery in New York City. She has also been featured in many group exhibitions throughout the country, including the 2013 Whitney Biennial. Her paintings have been written about in The New York Times, The New Yorker, Art in America and Artforum. Nelson’s paintings are included in numerous public and private collections, including The Metropolitan Museum of Fine Art and The Boston Museum of Fine Art. In 2011, Nelson was a recipient of a grant from the Foundation for the Community of Artists. In 2012, she was the recipient of an Artist Legacy Foundation Grant. In 2015, she received an Anonymous was a Woman Grant. She is known for creating installations of two sided paintings which establish an immediate experience in time and space and resist photographic transcription. Nelson has cited Lucio Fontana, Jackson Pollock and Joan Miro as important influences. She has taught for twenty five years at Tyler School of Art, Temple University, Philadelphia. Dona Nelson has also served as a visiting teacher in the M.F.A. program at Yale School of Art and in the Bard Summer M.F.A. Program.