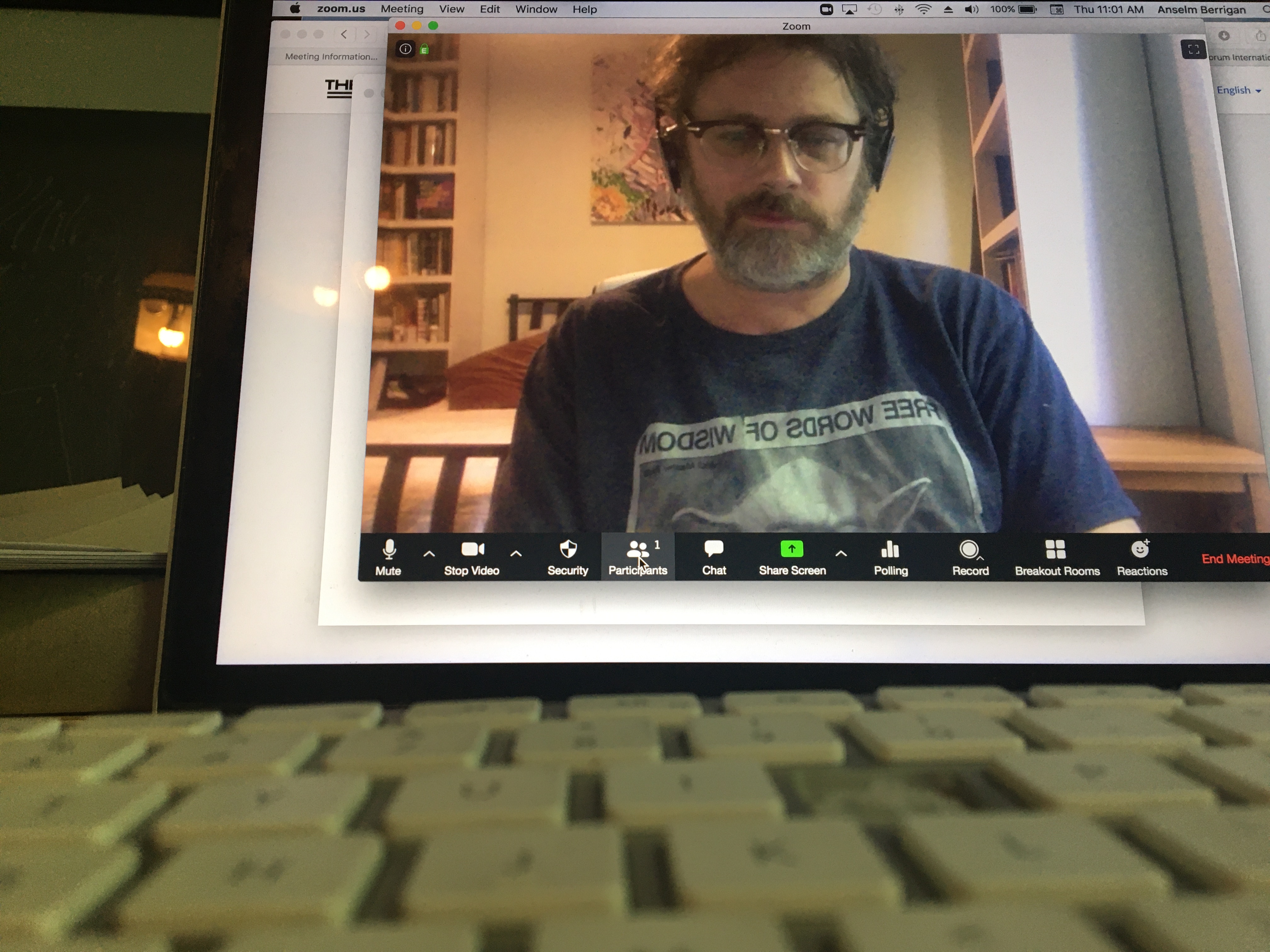 Anselm Berrigan is the author of nine books of poetry: Pregrets (Black Square Editions, 2021), Something for Everybody (Wave Books, fall 2018), Come in Alone (Wave Books, May 2016), Primitive State (Edge, 2015), Notes from Irrelevance (Wave Books, 2011), Free Cell (City Lights Books, 2009), Some Notes on My Programming (Edge, 2006), Zero Star Hotel (Edge, 2002), and Integrity and Dramatic Life (Edge, 1999). He is also co-author of two collaborative books: Loading, with visual artist Jonathan Allen (Brooklyn Arts Press, 2013), and Skasers, with poet John Coletti (Flowers & Cream, 2012). His chapbooks include Degrets (Couch Press, 2017), Pregrets (Vagabond Press, 2014), and Sure Shot (Overpass, 2013). He edited What Is Poetry? Just Kidding, I Know You Know: Interviews from The Poetry Project Newsletter 1983-2009, a collection of interviews with contemporary artists and poets, published by Wave Books in 2017.  He is the current poetry editor for The Brooklyn Rail, and co-editor with Alice Notley and Edmund Berrigan of The Collected Poems of Ted Berrigan (U. California, 2005) and the Selected Poems of Ted Berrigan (U. California, 2011). A member of the subpress publishing collective, he has published Selected Poems of Steve Carey (2009) and Your Ancient See Through by Hoa Nguyen (2002), along with first book by poets Adam DeGraff and Brendan Lorber. From 2003-2007 he was Artistic Director of The Poetry Project at St. Mark’s Church, where he also hosted the Wednesday Night Reading Series for four years. He was awarded a 2015 Process Space Residency by the Lower Manhattan Cultural Council, and in 2014 he was awarded a Robert Rauschenberg Residency by the Robert Rauschenberg Foundation. In 2017 he received a Foundation for Contemporary Arts Grants to Artists Award, and participated as performer and teacher in the Kistrech International Poetry Festival in Kisii, Kenya.