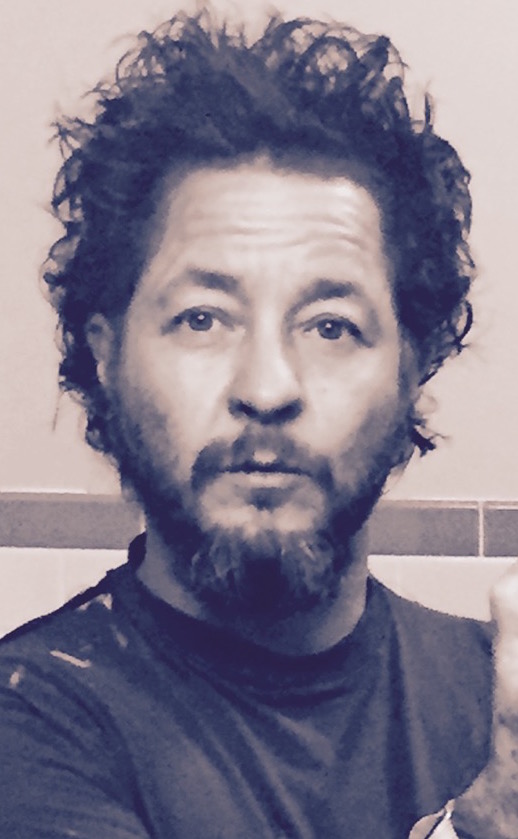 Harry Dodge is an American sculptor, performer, video artist, and writer, whose interdisciplinary practice is characterized by its explorations of relation, materiality, and the unnamable with a special focus on ecstatic contamination. His solo and collaborative work has been exhibited at many venues nationally and internationally, including New Museum’s 40th anniversary exhibition TRIGGER; recent solo show Mysterious Fires at Grand Army Collective (Brooklyn); Selections from the Permanent Collection at MOCA (LA), and Living Apart Together: Selections from the Collection at Hammer Museum (LA), as well as, the 2008 Whitney Biennial; a solo show entitled, Meaty Beaty Big and Bouncy at The Aldrich Contemporary Art Museum (CT) in 2013; and Hammer Museum’s 2014 Biennial, Made in L.A. Dodge’s work is in collections including Museum of Modern Art (NY), Museum of Contemporary Art (LA), Hammer Museum (LA). The Inner Reality of Ultra-Intelligent Life, a solo show at Pasadena’s Armory Center for the Arts, followed 2015’s solo exhibition, The Cybernetic Fold at Wallspace, NY. Upcoming solo exhibitions include, Works of Love which will open in July at JOAN (LA), and move to Tufts University Art Gallery (Boston).
In the early 90s, Dodge was one of the founders of the now-legendary San Francisco community-based performance space, The Bearded Lady, which served as a touchstone for a pioneering, queer, DIY literary and arts scene. During that time Dodge also wrote, directed, and performed several critically-acclaimed, evening-length, monologue-based performances, including Muddy Little River (1996) and From Where I’m Sitting (I Can Only Reach Your Ass) (1997). In the latter part of 90s, Dodge co-wrote, directed, edited and starred in (with Silas Howard) a narrative feature film, By Hook or By Crook, which premiered at Sundance in 2002 and went on to garner five Best Feature awards. From 2004 to 2008, Dodge was half of a renowned video-making collaboration with artist Stanya Kahn. Dodge holds an MFA from Milton Avery School of the Arts at Bard College and is permanent faculty of the School of Art at California Institute of the Arts, Program in Art.