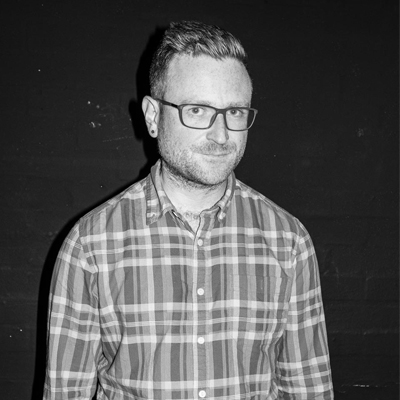 Bill Dietz is a composer and writer, born in Arizona. His artistic and theoretical work centers on reception - its histories, forms, and performance. The work is often presented in festivals, museums, and academic journals, but also in apartment buildings, magazines, and on public streets. Large-scale works have been realized in sites such as Le Corbusier's "Cité radieuse" in Marseille, where he worked long-term with inhabitants of the apartment building to articulate social structures with sound, or along the entire length of "Im Stavenhof," a street in Cologne along which he synchronized all participating inhabitants' home stereos. In 2013 he co-founded Ear│Wave│Event with Woody Sullender. He has published two books of listening scores (one on his "Tutorial Diversions" series, meant to be performed at home, and the other, L’école de la claque, based on historical and contemporary audience behavior), co-edited (with Amy Cimini) the recently released, Maryanne Amacher: Selected Writings and Interviews, and co-authored (with Kerstin Stakemeier) the forthcoming theoretical volume, Universal Receptivity.