The Bard Philharmonic Orchestra consists of 90 of the most outstanding young professional musicians from around the world. Its members have performed at Lincoln Center in New York City, at Carnegie Hall in New York City, and completed three international concert tours: one in 2012 to Asia with concerts in Taipei, Hong Kong, Shanghai, Beijing, Tianjing, Guangzhou, and Wuhan; one in 2014 to Europe with concerts in Warsaw, St. Petersburg, Moscow, Budapest, Vienna, Bratislava, Prague, and Berlin; and one in Cuba in 2016. The Bard Philharmonic Orchestra members perform concerts regularly at the Richard B. Fisher Center for the Performing Arts in Annandale-on-Hudson New York, and in venues around New York City. It is the fourth orchestra at Bard College, which already boasts The Orchestra Now, the Bard Conservatory Orchestra, and the Bard College Orchestra. 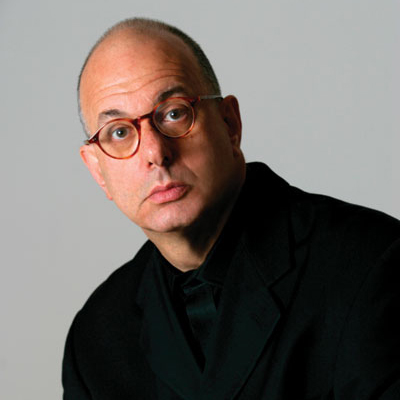 Among Leon Botstein’s recordings are operas by Strauss, Dukas, and Chausson, as well as works of Shostakovich, Dohnanyi, Liszt, Bruckner, Bartók, Hartmann, Reger, Glière, Szymanowski, Brahms, Copland, Sessions, Perle, and Rands. Many live recordings with the American Symphony Orchestra are now available to download on the Internet.

Mr. Botstein is the editor of The Musical Quarterly and the author of numerous articles and books. For his contributions to music he has received the award of the American Academy of Arts and Letters and Harvard University’s prestigious Centennial Award, as well as the Cross of Honor, First Class from the government of Austria. He is a 2009 recipient of the Carnegie Foundation’s Academic Leadership Award, and earlier this year he was inducted into the American Philosophical Society. 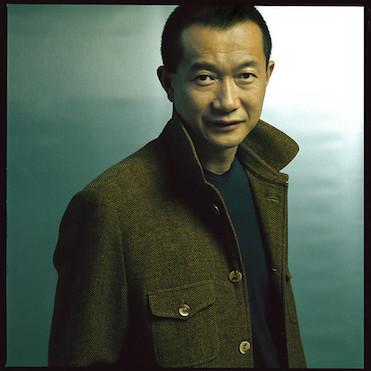 The world-renowned artist and UNESCO Global Goodwill Ambassador Tan Dun, has made an indelible mark on the world’s music scene with a creative repertoire that spans the boundaries of classical music, multimedia performance, and Eastern and Western traditions.

The world-renowned artist and UNESCO Global Goodwill Ambassador Tan Dun, has made an indelible mark on the world’s music scene with a creative repertoire that spans the boundaries of classical music, multimedia performance, and Eastern and Western traditions. A winner of today’s most prestigious honors including the Grammy Award, Oscar/Academy Award, Grawemeyer Award, Bach Prize, Shostakovich Award, and most recently Italy’s Golden Lion Award for Lifetime Achievement, Tan Dun’s music has been played throughout the world by leading orchestras, opera houses, international festivals, and on radio and television. Most recently, Tan Dun was named as Dean of the Bard College Conservatory of Music. As dean, Tan Dun will further demonstrate music’s extraordinary ability to transform lives and guide the Conservatory in fulfilling its mission of understanding music’s connection to history, art, culture, and society.

Tan Dun’s individual voice has been heard widely by international audiences. His first Internet Symphony, which was commissioned by Google/YouTube, has reached over 23 million people online. His Organic Music Trilogy of Water, Paper and Ceramic has frequented major concert halls and festivals. Paper Concerto was premiered with the Los Angeles Philharmonic at the opening of the Walt Disney Hall. His multimedia work, The Map, premiered by YoYo Ma and the Boston Symphony Orchestra, has toured more than 30 countries worldwide. Its manuscript has been collected by the Carnegie Hall Composers Gallery. His Orchestral Theatre IV: The Gate was premiered by Japan’s NHK Symphony Orchestra and crosses the cultural boundaries of Peking Opera, Western Opera and puppet theatre traditions. Other important premieres include Four Secret Roads of Marco Polo for the Berlin Philharmonic, Piano Concerto “The Fire” for Lang Lang and the New York Philharmonic. In recent seasons, his percussion concerto, The Tears of Nature, for soloist Martin Grubinger premiered in 2012 with the NDR Symphony Orchestra and Nu Shu: The Secret Songs of Women Symphony for 13 Microfilms, Harp and Orchestra was co-commissioned by The Philadelphia Orchestra, NHK Symphony Orchestra and the Royal Concertgebouw Orchestra Amsterdam. Most recently, Tan Dun conducted the premiere of his new oratorio epic Buddha Passion at the Dresden Festival with the Münchner Philharmoniker, the piece was co-commissioned by the New York Philharmonic, Los Angeles Philharmonic, Melbourne Symphony Orchestra and the Dresden Festival and will go on to have performances in Melbourne, Hong Kong, Los Angeles, Rome, Hamburg, Paris, Singapore and London in the coming seasons.

As a visual artist, Tan Dun’s work has been featured at the opening of the China Pavilion at the 56th Venice Art Biennale. Other solo exhibitions include the New York’s Guggenheim Museum, Museum of Modern Art (MoMA), Beijing’s Chambers Fine Art Gallery, and Shanghai Gallery of Art. Most recently, Tan Dun conducted The Juilliard Orchestra in the world premiere of his Symphony of Colors: Terracotta for the opening of New York’s Metropolitan Museum of Art’s epic exhibition The Age of Empires.

As a global cultural leader, Tan Dun uses his creativity to raise awareness of environmental issues and to protect cultural diversity. In 2010, as “Cultural Ambassador to the World” for the World EXPO Shanghai, Tan Dun envisioned, curated and composed two special site-specific performances that perform year-round and have since become cultural representations of Shanghai: Peony Pavilion, a Chinese opera set in a Ming Dynasty garden and his Water Heavens string quartet which promotes water conservation and environmental awareness. Tan Dun was also commissioned by the International Olympic Committee (IOC) to write the Logo Music and Award Ceremony Music for the Beijing 2008 Olympic Games. Tan Dun currently serves as Honorary Chair of Carnegie Hall’s China Advisory Council, and has previously served as Creative Chair of the 2014 Philadelphia Orchestra China Tour, Associate Composer/Conductor of the BBC Scottish Symphony, and Artistic Director of the Festival Water Crossing Fire held at the Barbican Centre.

The Bard Philharmonic Orchestra will be performing Tan Dun's Buddha Passion, conducted by Tan Dun, in Haikou, China on the beautiful island of Hainan. 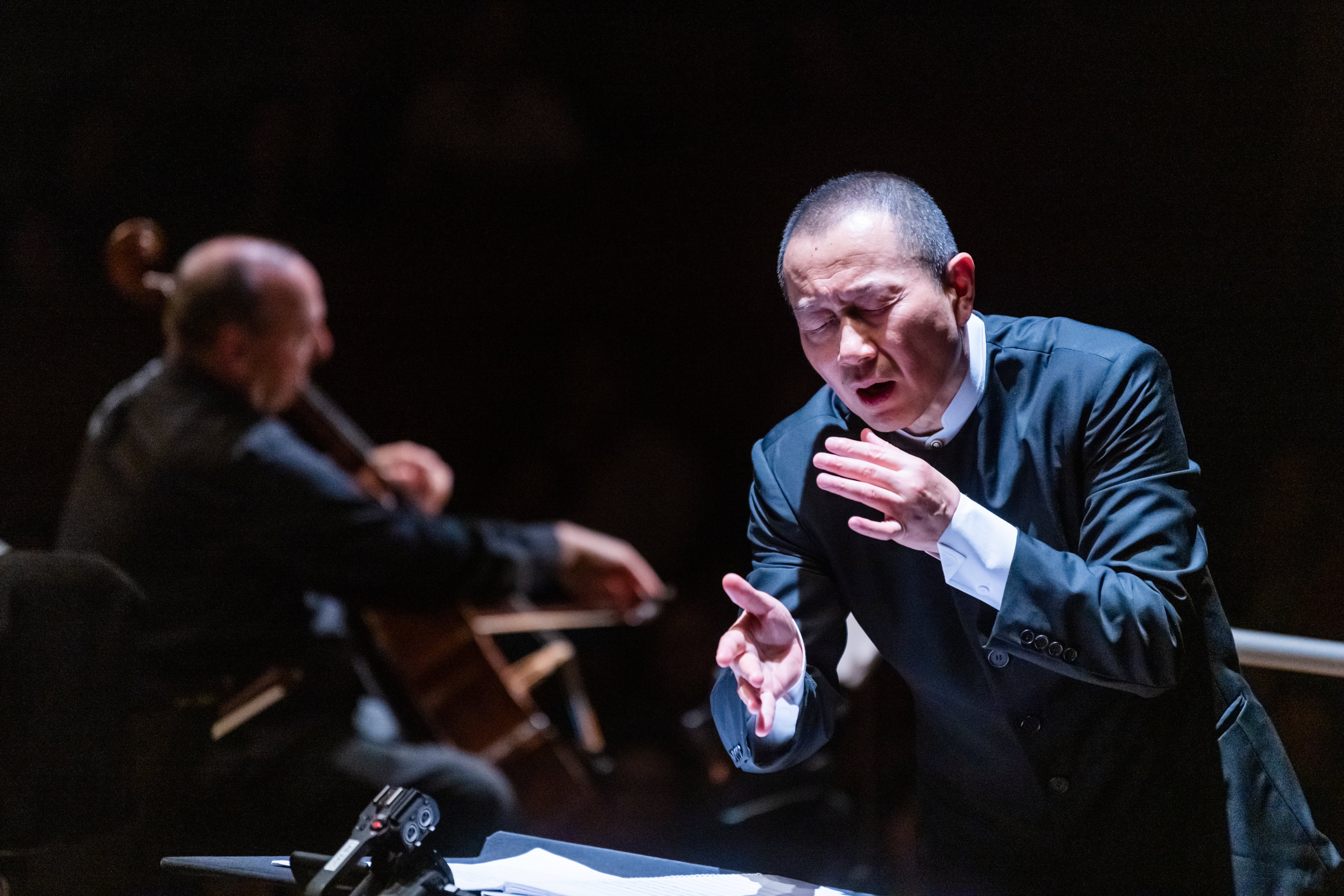 "Music bridges different cultures, bringing them together harmonically, without language barriers. Music is our forever bridge to link peoples' souls."