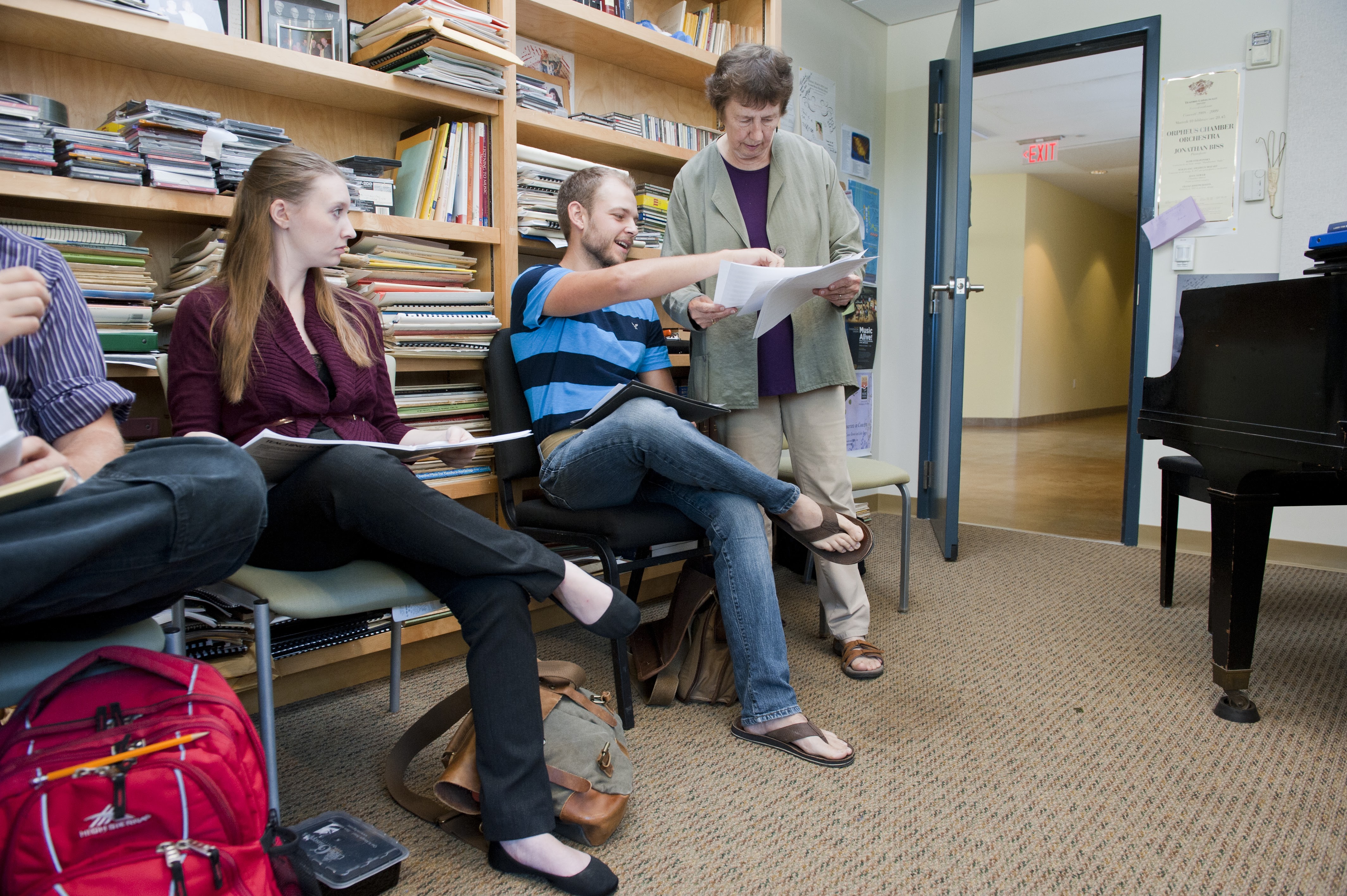 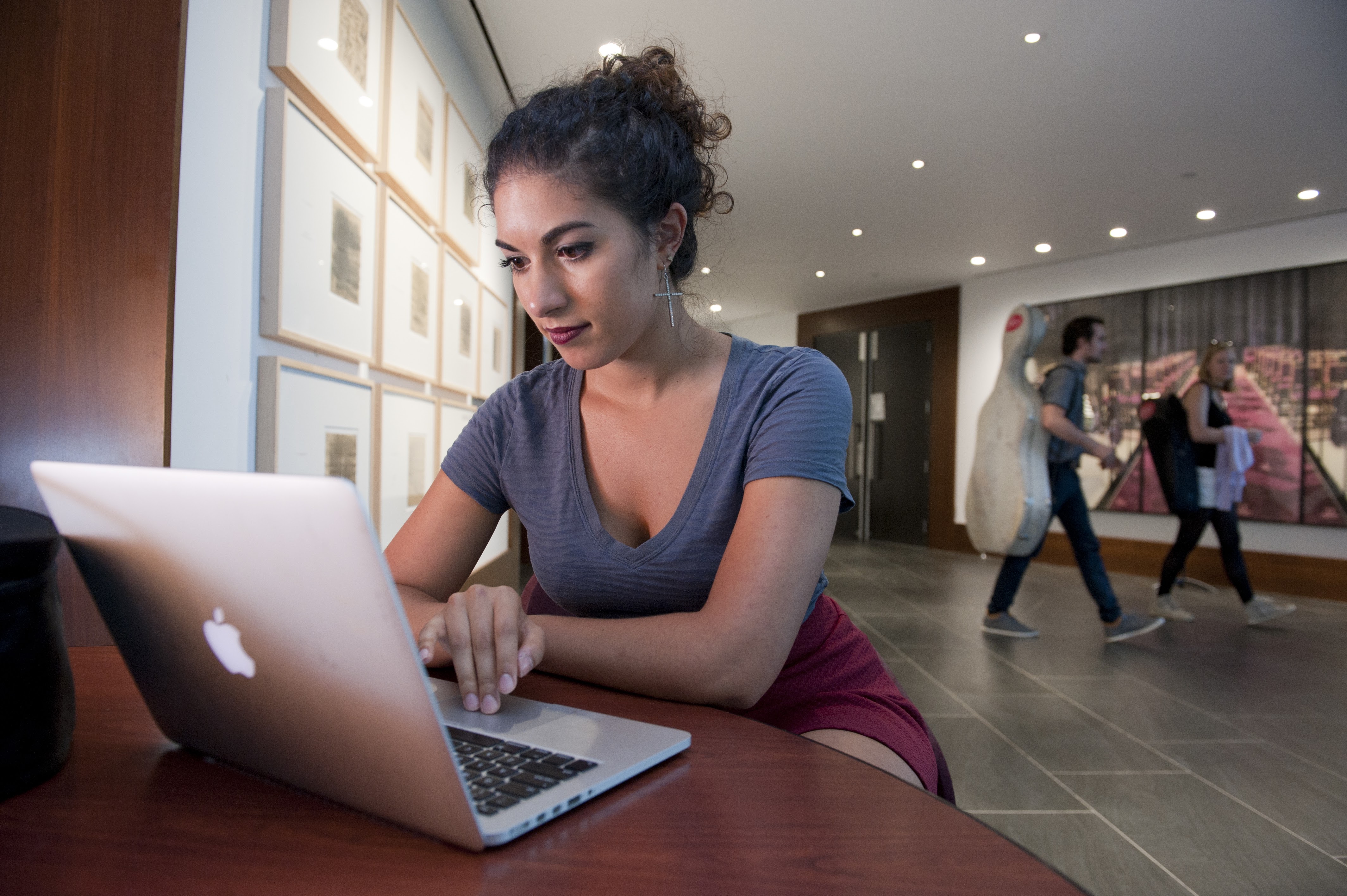 Music History
This is a four-semester sequence that concentrates on major works from the 18th to 21st centuries with a focus each week on a particular composer within the larger musical, historical, biographical, and cultural context. This course, taken in conjunction with members of The Orchestra Now, has frequent guest lecturers focusing on the relationship of music history to the sociology of music. The course also examines shifting attitudes toward public performance and the different contexts of performance: spaces, politics, economics, and social status of musicians. Other topics include the history of the orchestra and chorus, as well as the impact of economics on concert life.

Career Workshops
This is a series of special event workshops held at different times throughout the duration of the program. Distinguished guest speakers address the practical aspects of working as a conductor and or music director. Topics can include creating an ensemble, applying for grants, and developing a board of directors.

Foreign Language Study
Students must study two foreign languages during their time in the Graduate Conducting Program. Semester-long courses are offered in Italian, German, and French. These courses have a special focus on developing the reading and text translation skills needed by conductors.

Composition
This two-semester class gives young conductors first hand experience in the compositional process. It deepens knowledge of the means of musical expression and increases awareness of the many notational challenges inherent in any printed score. Topics in the first semester include melodic organization and materials; basic counterpoint; motivic development in small forms; composing for strings, winds, brass, chorus, piano, and percussion; examination of non-standard pitch materials; and analysis of selected repertory, including 20th-century works. In the second semester students compose a theme and variations and either a woodwind quintet or choral work with small ensemble, to be read under the composer’s baton.

Recitals and Thesis Concerts
Orchestral and choral conducting students prepare and conduct a recital during their final year in residence at Bard. 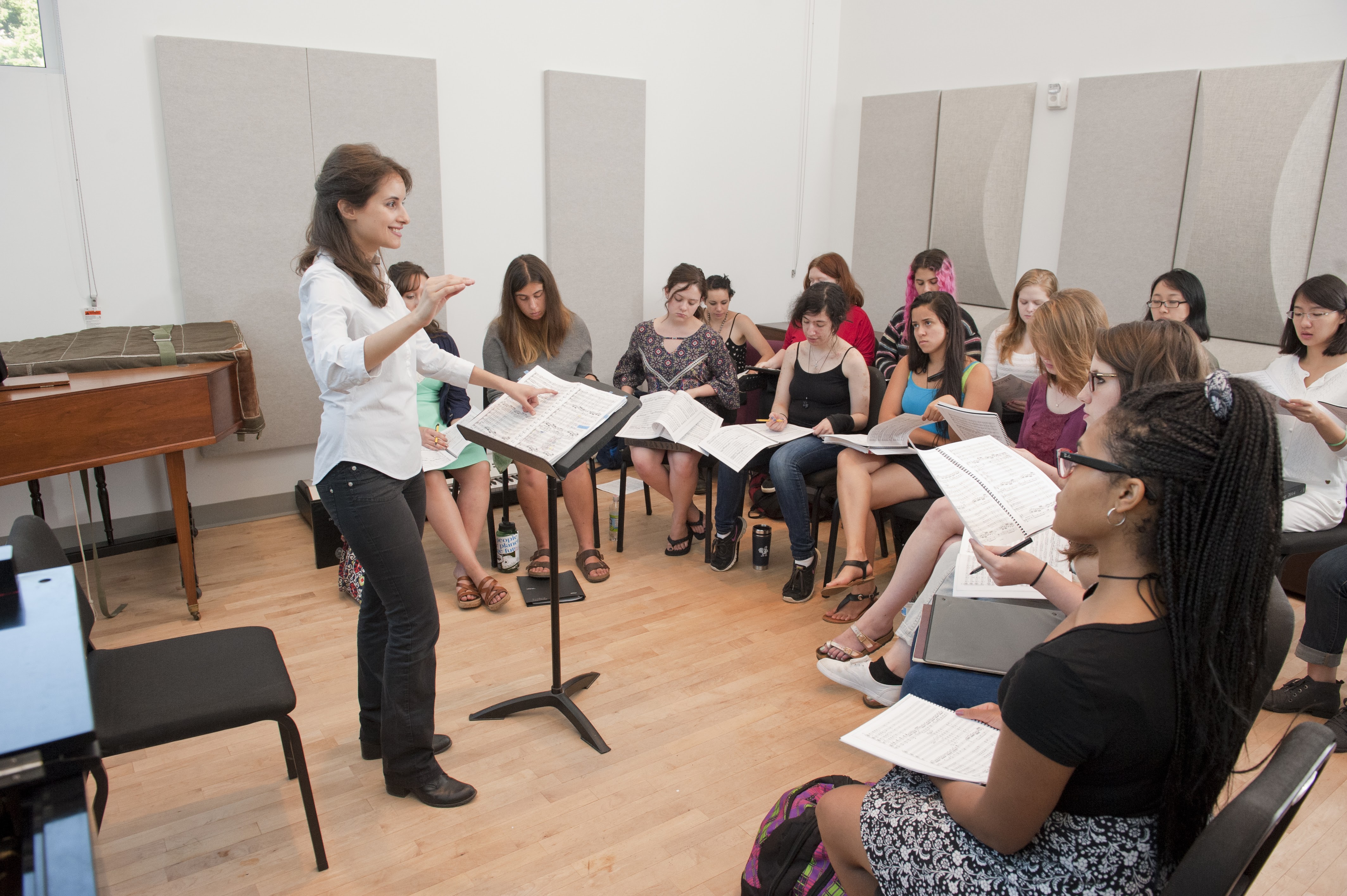 Throughout the four semesters, instruction in choral conducting is based on class work and practical work, including course work specifically for choral conductors. This includes:

Choral Seminar
All choral conducting students, first- and second-year alike, enroll in the same choral conducting seminar. In the first semester, using Josquin’s Missa Pange Lingua, Victoria’s Requiem, and selected Masses of Byrd and Palestrina as anchor works, students examine 15th- and 16th-century vocal music. Topics of discussion include analysis of counterpoint and text setting, performance practice, and liturgical function. At the end of the seminar, students prepare a practical performing edition of a motet or madrigal based on primary source material, and re-create an appropriate liturgical setting using motets and Mass settings from the period. The work of the second semester focuses on Stravinsky’s Symphony of Psalms, Britten’s War Requiem, and choruses from Adams’s Nixon in China and The Death of Klinghoffer. The works are examined in context with those of other composers and with special emphasis on text analysis, preparing a rehearsal schedule, and issues in concert programming.

The seminar of the third semester concentrates in detail, first, on Bach’s St. John Passion, with a special emphasis on musical structure and Baroque performance practices. The work is also studied in cultural, historical, and liturgical context. In the second half of the semester, each student prepares a detailed analysis of one of Haydn’s late Masses. The work of the fourth semester analyzes three major 19th-century requiem settings, by Berlioz, Brahms, and Verdi. Specific topics include performance practice, string bowings, and rehearsal plans. Works are studied in the context of the rise of amateur choral singing during this period, with a focus on the cultural and political implications of this development.

Diction
This two-semester course, offered for students in the choral conducting track together with students in the Graduate Vocal Arts Program, is an introduction to the International Phonetic Alphabet (IPA), including its symbols and practical use in preparing and performing Italian, French, German, and English vocal literature. The fall semester is devoted to Italian and French, the spring to German, English, and Latin. Through study of songs, arias, and choral literature, students gain a basic understanding of pronunciation rules and the rhythm of each language.

Choral Repertoire
This course is a broad survey of the choral repertory beginning with works from the sixteenth century through the most recent masterworks for chorus. Repertoire studied includes small and medium size works for a capella chorus, as well as larger compositions for chorus with orchestra. 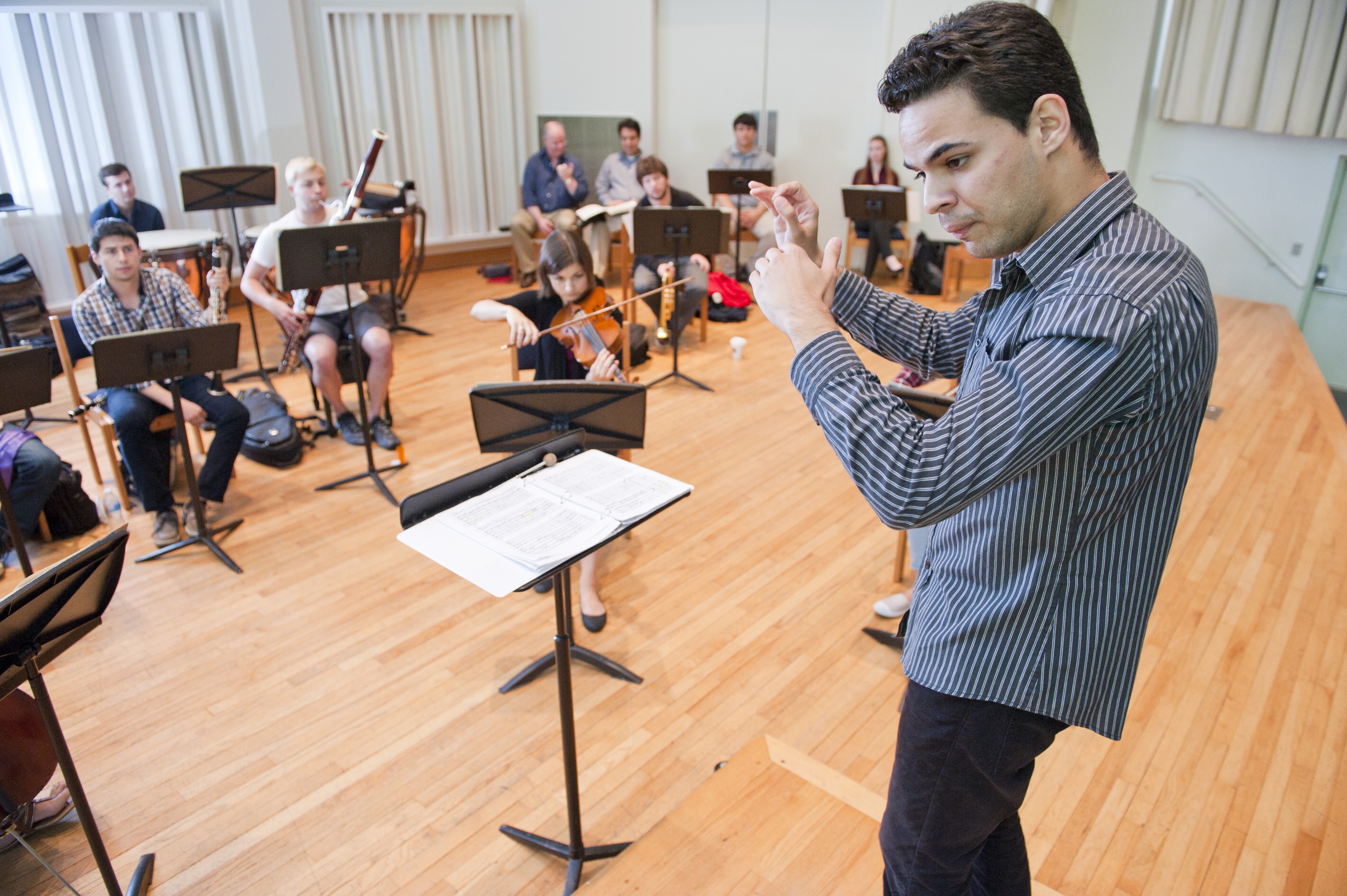 Core Seminars
The four-semester Core Seminar sequence develops the physical and musical skills necessary for effective conducting in the music that forms the core of the orchestral repertoire. Regular podium time with string quintet (plus piano), and with the Bard Conservatory Orchestra, is used to test and refine classroom solutions.

The first semester in orchestral conducting is devoted to the physical movement of the baton. Symphonies of Haydn and Beethoven are the primary tool for analyzing problems and formulating technical solutions to meet the needs of the music.

The second semester is devoted to a closer examination of the composer’s intent, along with further development of baton technique. Harmonic and melodic analysis and consideration of phrase structure, orchestration, and tone color are brought to bear on works such as the string serenades of Dvorák, Elgar, and Tchaikovsky.

Studio Instruction
An intimate understanding of the technical and musical challenges of playing an instrument is a central skill for conductors. All students on the orchestral conducting program take weekly private lessons in piano or in an orchestral instrument.