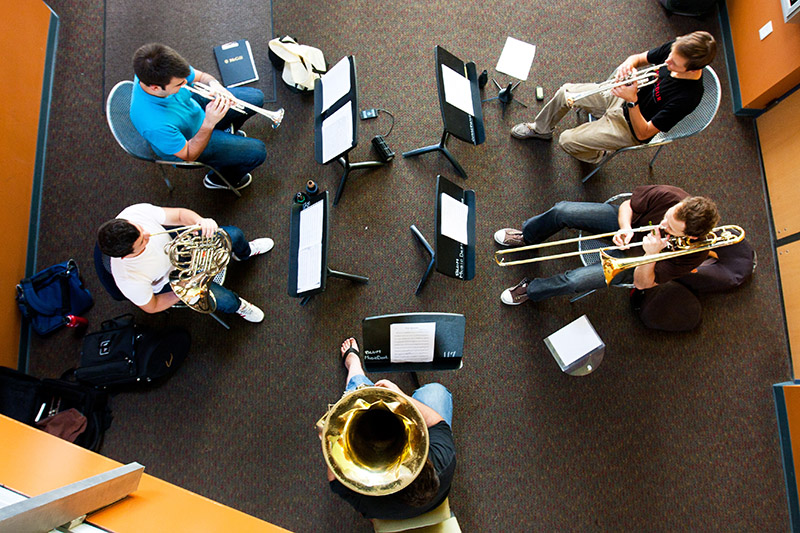 The bachelor of music program contains many innovative components: all performance majors study composition, and the Conservatory Seminar integrates music theory and music history with special emphasis on their relation to performance. The curricula of the Conservatory and the College are flexible, allowing participants to create the sequence of music and other courses that best suits each student. The aim of the Conservatory and the College is to foster a unified learning environment where the serious study of music goes hand in hand with the education of the whole person. 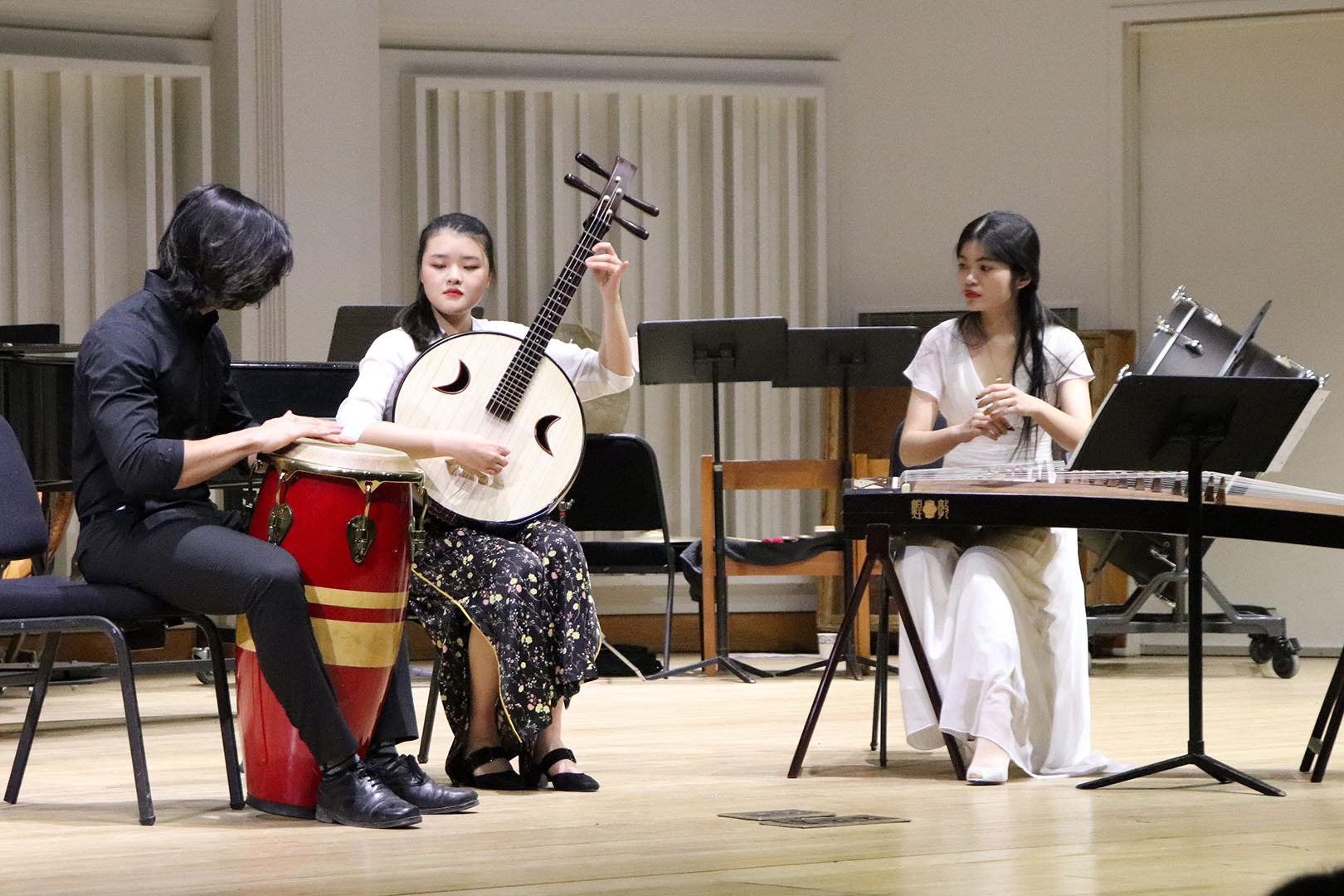 The requirements (by semester) of the bachelor of music degree in the Conservatory are:

Chinese Ensemble
Chinese Ensemble provides Chinese instrument majors both large-ensemble and chamber music experience with regular rehearsals and performance opportunities. Students work closely with the ensemble coach and their studio teachers to further develop their skills in ensemble playing, intonation, and musical expression through practical playing experience. At least one major Chinese Ensemble concert with the participation of all Chinese instrument majors will be performed each semester on campus, supplemented by other types of performance opportunities on and off campus throughout the year. Studio teachers assist the ensemble coach as well as performing in ensembles, allowing students to learn firsthand from the playing of more experienced musicians. Mixed ensembles including Western instruments are encouraged. The Chinese Ensemble program is further enriched by master classes and concerts by guest artists. In their first semester, first-year students will also attend 8 special sessions of the Conservatory’s Introduction to Chamber Music to acquire skills in musicianship, rehearsing, ensemble playing, and managing the requirements of the double-degree.

Note: For Chinese instrument majors, Chinese Ensemble is the equivalent to both the Conservatory Chamber Music and Orchestra requirements. Separate enrollment in Chamber Music or Orchestra is not required.

Conservatory Core Sequence for Chinese Music
The Conservatory Core Sequence is a unique four-semester sequence of classes that integrates the study of music theory, music history, and composition in order to give students a richer understanding of these topics as vital and relevant to their work as interpreters:Aural Skills
This sequence of courses provides Conservatory students with skills in sight-singing, harmonics, melodic and rhythmic dictation, clef reading, keyboard harmony, harmonic analysis and other requirements of functional musical literacy.

Chinese Music History
In addition to the four-semester Conservatory Core Sequence, students are required to take a four-semester music history sequence titled Literature and Language of Chinese Music. In their first semester, students are required to take Literature and Language of Chinese Music I: Introduction. The three remaining semesters provide an in-depth exploration of the development of Chinese instrumental music, folk traditions, and opera. One of these three courses will be offered each semester in rotation and can be taken in any order at any time after the first semester.

Graduation Recital
Students present a full-length recital in the fourth or fifth year of the program. The repertoire is chosen in conjunction with the master teacher and should demonstrate the unique musical strengths and artistic goals of the student.

The sample five-year plans below are modeled after actual course schedules of some recent graduates from the Conservatory. These show just a few of the many possible combinations of instruments and academic majors: