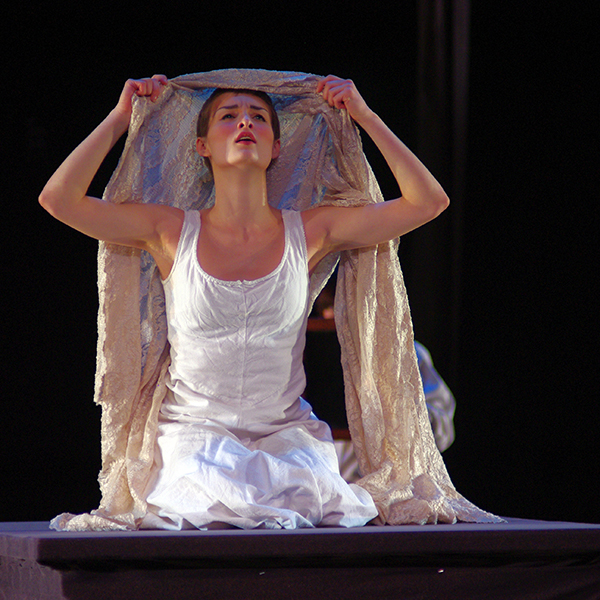 Integrating world-class musical training with rigorous academic pursuit, the program  develops students’ artistic skills through a diverse, inclusive range of repertoires and performance opportunities, emphasizing exploration and musical self-actualization. The students’ musical knowledge is enriched and contextualized by complementary coursework across all divisions of the College, understanding that the role of the singing artist is both communicator and innovator.

Vocal performance students will work with faculty in both the Bard College Conservatory of Music and the Bard College Music Program. Opportunities for collaboration include the Chamber Singers, led by Maestro James Bagwell; the annual, fully-staged Opera Workshop at Bard’s Fisher Center; and various performance classes led by Rufus Müller. Performance coursework will be matched with body and breath awareness courses in the Feldenkrais Method and/or Alexander Technique.

1. A minimum of 160 credits, at least 64 of which must be taken at Bard.
2. A minimum of 40 credits outside the division of BA major.
3. Every student must take two semesters of First-Year Seminar.  Transfer students may be exempt.
4. Every student must be promoted to the Upper College by passing moderation.
5. Every student must complete an acceptable BA Senior Project in a field other than music.
6. Distribution requirements: one course from each of the appropriate distribution areas.
7. Studio instruction (CNSV 100) in every semester of enrollment for performance majors.
8. Vocal Coaching beginning in the fall semester of the third year until graduation.
9. Chamber Singers (MUS 108D): singers participate in the Bard College Chamber Singers for the first four semesters of study.
10. Diction: four semesters of diction training in Italian, French, German, and English.
11. Vocal Pedagogy: one semester is required.
12. Vocal Electives: four semesters of these courses are required throughout the course of study. Participation in more than four semesters is highly encouraged.
Feldenkrais & the Voice
MUS WKSHB RM: Song Courses with Rufus Müller
CVSV 211: Alexander Technique
MUS WKSHL BLM: Opera Workshop
MUS 108P: Bard Baroque Ensemble
13. Core Sequence in Theory, Analysis, and Composition (CNSV 140, 240, 330, 332) four semesters (4 credits each):
CNSV 140: Diatonic Harmony and Single Species Counterpoint
CNSV 240: Chromatic Harmony and Combined Species Counterpoint
CNSV 330: Contemporary Composition
CNSV 332: Conservatory Seminar
The order indicated by the numbering is strongly recommended, except that CNSV 330 and CNSV 332 may be taken in either order.
14. Vocal Seminars: two semesters in the third year of study.
The Self and the Song
From Cabaret to Broadway
15. Aural Skills (CNSV 308, 309) two semesters, 2 credits per course.  Some students may require supplementary studies to bring them up to the level of CNSV Aural Skills. They may take a Music Program Theory class. Some students may test out of the classes.
16. Music History: two semesters/courses of 4 credits per course. (MUS 264-265 in Language and Literature of Music are recommended, as preparation for graduate school entrance exams).  With prior approval, students may choose courses from the Music Program’s history offerings.
17. Senior Recital Seminar (CNSV 403): a four credit course which includes recital preparation and program note writing, concert production, with a performance forum.

Throughout their time in the undergraduate double degree program, singers are provided with ample opportunities to perform in operatic, art song, choral, and chamber music settings. All Conservatory students are required to present at least three recitals, two on-campus and one off-campus, and many courses culminate in a final public performance. In addition, students have opportunities to perform with the Bard College Baroque Ensemble, the Bard College Orchestra, the Bard Conservatory Orchestra, and with the Chamber Singers and Sypmhonic Chorus. Students hone their stagecraft in the yearly, fully-staged Opera Workshop in Bard's Fisher Center and in the Graduate Vocal Arts Program operas, performing in the chorus and supporting roles.