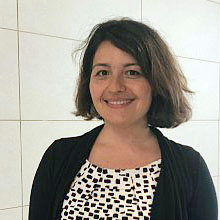 In the fourth round of the Philipp Schwartz Initiative, Bard College Berlin received a 24-month grant to be awarded to the Turkish scholar at risk Dr. Aysuda Kölemen.

Aysuda Kölemen is a political scientist whose current research focuses on populism and democratic backsliding in Turkey. She examines the structural and psychological factors that contribute to the populist surge in Turkey from a comparative perspective.

In 2015, Aysuda Kölemen became a signatory of the Petition for Peace, which was signed by over 2000 academics from Turkey. The petition called for an end to the armed conflict in Turkey. Subsequently she lost her job as an assistant professor at Istanbul Kemerburgaz University (currently Altınbaş University) and was sued by the Turkish government for signing the petition. She moved to Germany in 2017. Her trial continues.

Aysuda Kölemen received her PHD in political science from the University of Georgia, Athens in 2010.

Scholars at Risk
Bard College Berlin is a founding member of the German chapter of the "Scholars at Risk," together with 19 other German academic teaching and research institutions. Kerry Bystrom, Associate Dean of Bard College Berlin and Professor of Human Rights & English Literature, is a member of the German SAR's Steering Group.
More info: http://www.bard.edu/news/notes/details/?id=3933