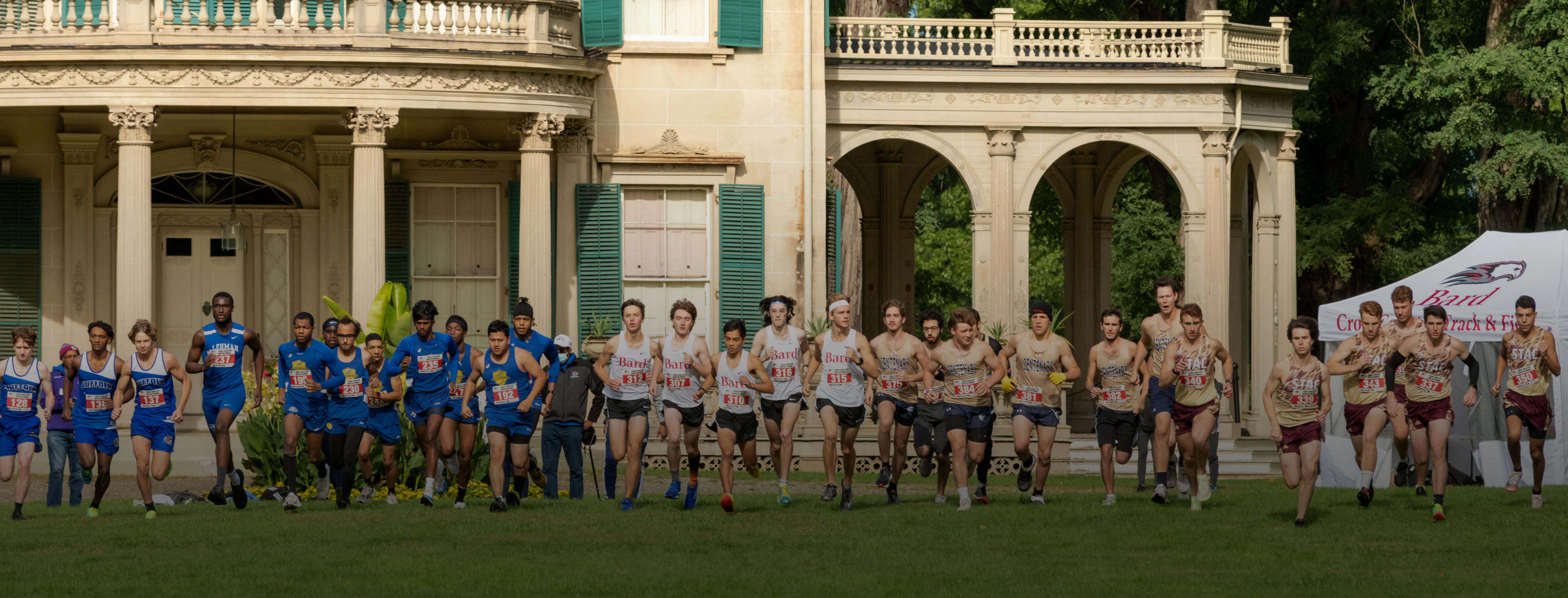 Photo by Chris Kendall '82
Montgomery Place is temporarily closed to the public.
We look forward to welcoming visitors back, and will continue to post updates to our website and Facebook page.

Montgomery Place, a 380-acre estate adjacent to the main Bard College campus and overlooking the Hudson River, is a designated National Historic Landmark set amid rolling lawns, woodlands, and gardens, against the spectacular backdrop of the Catskill Mountains. Renowned architects, landscape designers, and horticulturists worked to create an elegant and inspiring country estate consisting of a mansion, farm, orchards, farmhouse, and other smaller buildings. The Montgomery Place estate was owned by members of the Livingston family from 1802 until the 1980s. In 1986, Livingston heir John Dennis Delafield transferred the estate to Historic Hudson Valley in whose hands it remained until 2016, when Bard College acquired the property.

Fall Sculpture Exhibit: Inside Out

Professor Judy Pfaff’s fall sculpture class, Installation, moves outdoors with the exhibition Inside Out. Seven artists have created site-specific works installed throughout the grounds of Montgomery Place, responding to the landscape and activating the surrounding environs and their features. Virtual exhibit coming soon!

More about the Exhibition Learn about how the faculty and students of Bard College are connecting the rich history of Montgomery Place to modern life in the Hudson Valley and the most pressing issues of today through research, exhibitions, and local partnerships.