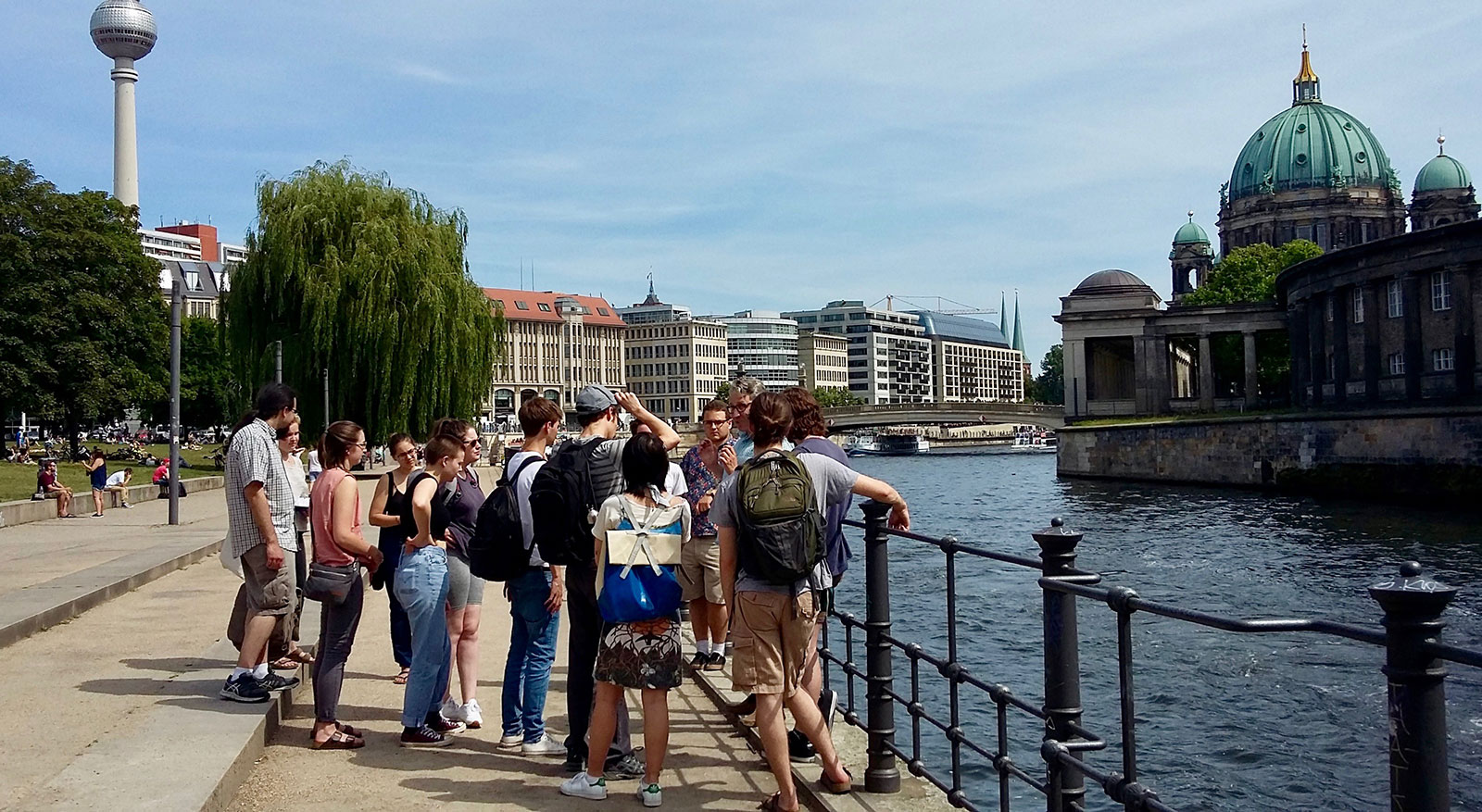 Bard Abroad students take an architectural tour of Berlin as part of BCB's cultural program.
Bard College has long been known as an innovator and risk taker in the field of higher education. We believe that international education should be built upon meaningful partnerships based on the principles of mutuality and equality. Our groundbreaking study abroad programs, located in regions undergoing rapid political and economic transformation continue this tradition.

As Ukraine is attacked by Russian forces from all directions, street battles rage, civilian infrastructure is destroyed, and casualties mount, we stand with the courageous and united people of Ukraine. We express here our solidarity with, and our commitment to, our colleagues and friends in Ukraine, who, over the last three decades, have time and again risen to shed the dark legacy of authoritarianism and to declare their aspiration to live and contribute to a better world that respects dignity, human rights, and truth.

This is not a “Ukraine crisis.”  Rather, it is a challenge to international law, to the peace and security of Europe and the world, and to the endurance of democracy.  While it is Ukraine that suffers from this violence, the invasion is not simply an attack on Ukraine but on the values that Ukrainians have so actively embraced and that we share.

In the past few days, Russia’s latest phase of its war against Ukraine has resulted in hundreds of deaths and thousands of casualties amongst Ukrainians, civilians and military alike, and hundreds of thousands of Ukrainians are being forcibly displaced. It has also cost the lives of thousands of Russian conscripts who are called upon to take up arms as aggressors.

As an educational network, we stand in particular with the students and scholars in Ukraine, who believe that knowledge and critical thinking can and must counter fear, violence, and disinformation, even if this puts their lives at risk. Neither education nor open society can thrive in a country beset by unprovoked aggression, and as such we join educators and other civil society organizations across the globe, including in Russia, who unequivocally condemn Russia’s assault on Ukraine and call on the Russian government to stop the war.

OSUN’s global network, founded on the values of open society and academic freedom, pledges to defend and support our Ukrainian counterparts in this difficult time. Ukraine's students and scholars need and deserve our active engagement in defending their right to teach and learn in peace, both in Ukraine and in the many places where they already are seeking refuge. Through our Threatened Scholars Integration Initiative, we pledge to work with our partners in higher education to take active steps to provide sponsorship initiatives within their institutions for students to continue their education when it has been disrupted and for scholars to resume their teaching and research. It is incumbent upon all of us to ensure that our students from the region receive the support they need, and to partner with those organizations already providing humanitarian relief.

Bard in the World

Bard College offers numerous opportunities to engage with students and faculty from all over the world, both on the main campus in Annandale and through exchanges with our global partners. 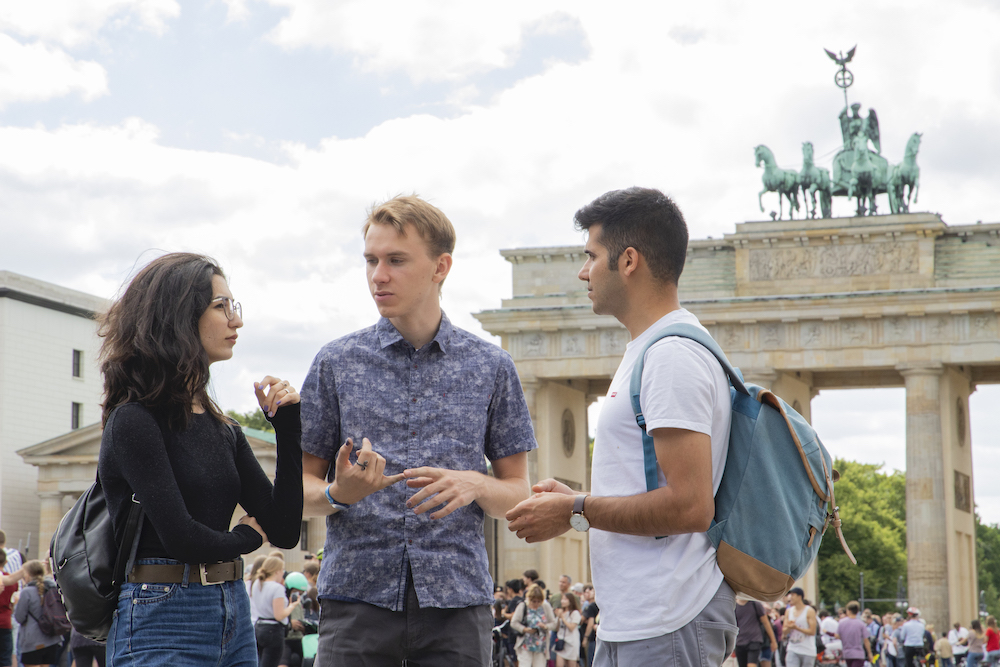 The International BA (IBA) offers students the opportunity to go beyond the traditional study abroad experience and immerse themselves in multiple cultures and environments while pursuing a coherent liberal arts curriculum with expert faculty at multiple institutions and studying with students from all over the world.

Learn more about the IBA

There are no events to display.
View All Upcoming Events >>