The History of Bard

Bard College has always been a place to think, critically and creatively.
Bard was founded as St. Stephen’s College in 1860, a time of national crisis. While we have no written records of the founders’ attitude toward the Civil War, a passage from the College’s 1943 catalogue applies also to the institution’s beginnings:
“While the immediate demands in education are for the training of men for the war effort, liberal education in America must be preserved as an important value in the civilization for which the War is being fought. . . . Since education, like life itself, is a continuous process of growth and effort, the student has to be trained to comprehend and foster his own growth and direct his own efforts.”
This philosophy molded the College during its early years and continues to inform its academic aims. 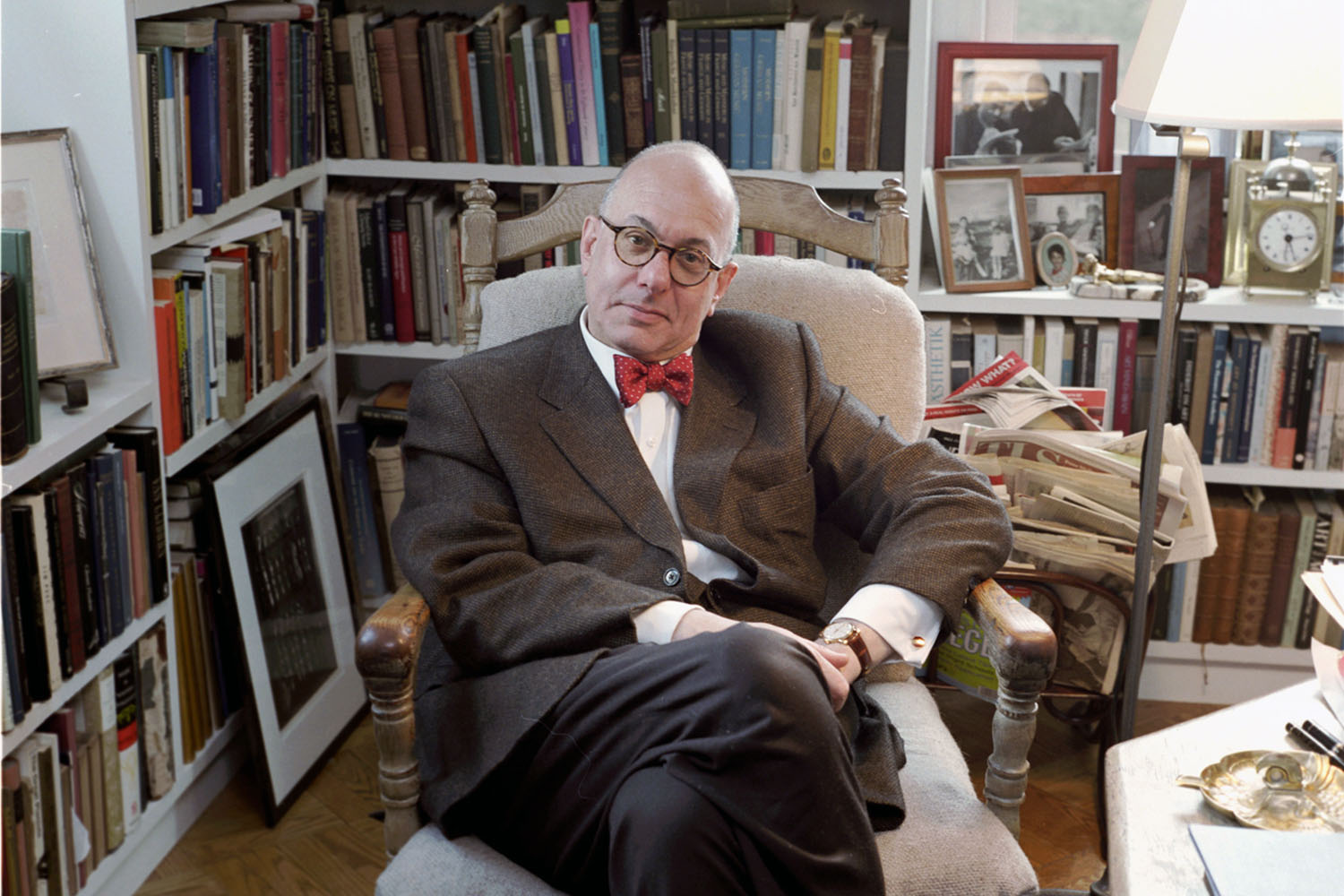 Holders of the office have been variously titled president, warden, or dean. 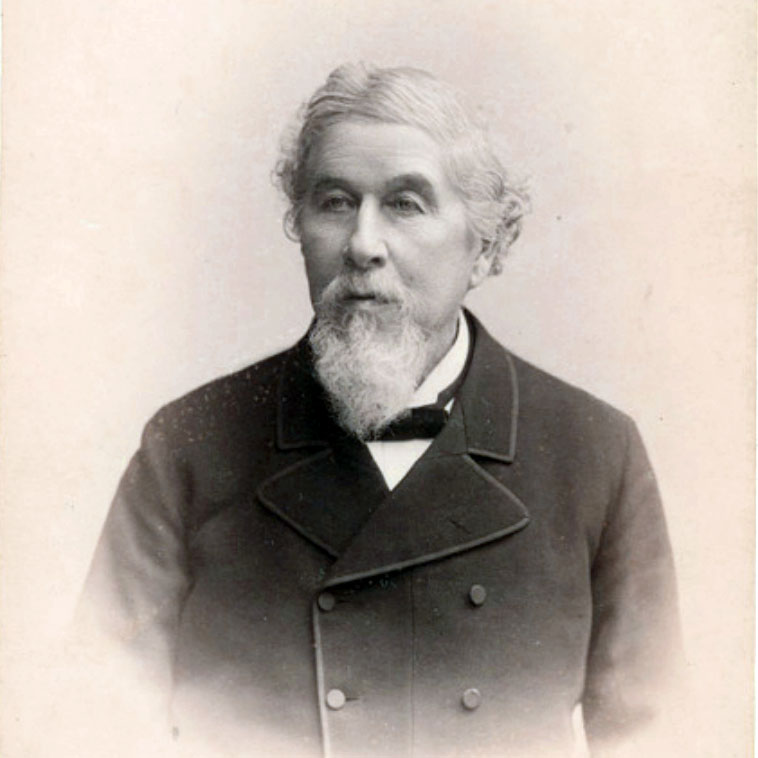 St. Stephen’s College was established by John and Margaret Bard in association with leaders of the Episcopal Church in New York City. For its first 60 years, St. Stephen’s offered young men a classical curriculum in preparation for their entrance into the seminary. But even as a theologically oriented institution, St. Stephen’s challenged its students to be active participants in the direction of their intellectual paths over their four years of study. In support of this venture, the Bards donated part of their riverside estate, Annandale, to the College, along with the Chapel of the Holy Innocents, which is still in use.

With the appointment in 1919 of Dr. Bernard Iddings Bell as warden, the College began to move toward a broader and more secular mission. Social and natural sciences augmented the classical curriculum, and the student body was recruited from a more diverse population. In 1928, a time of increasing financial uncertainty, St. Stephen’s became an undergraduate school of Columbia University. Over the next decade, under the leadership of Dean Donald G. Tewksbury, Bard further integrated the classical and progressive educational traditions, in the process becoming the first college in the nation to give full academic status to the study of the creative and performing arts. In 1934, the name of the College was changed to Bard in honor of its founder. 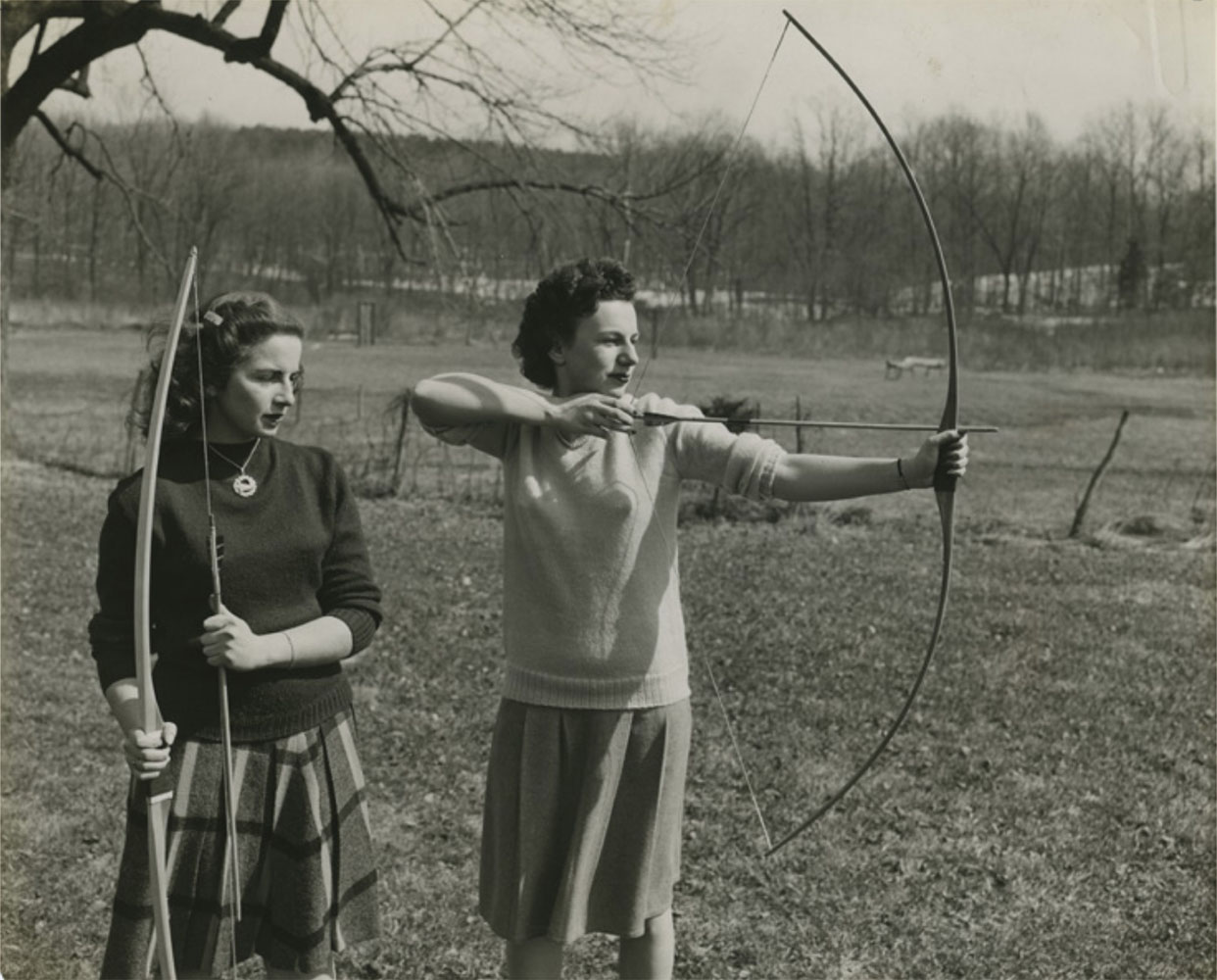 Beginning in the mid-1930s and throughout World War II and the postwar years, the College was a haven for distinguished writers, artists, intellectuals, and scientists fleeing Europe. Among these émigrés were philosopher Heinrich Bluecher and his wife, the social critic Hannah Arendt; violinist Emil Hauser, founder of the Budapest String Quartet; precisionist painter Stefan Hirsch; labor economist Adolf Sturmthal; and Werner Wolff, a noted psychologist. Bard’s international outlook was reflected in a variety of programs and initiatives, as well as in its faculty. During the war, the College welcomed an elite group of soldiers who were trained in the French and German languages and cultures, and in the late 1940s Eleanor Roosevelt was a frequent participant in Bard’s international student conferences.

Bard underwent another redefining moment in 1944, when it opened its doors to women. The decision to become coeducational required Bard to end its association with Columbia, paving the way to Bard’s current status as an independent liberal arts college. The same year marked the arrival of the first female faculty members.

The faculty of the postwar years included Mary McCarthy, Saul Bellow, Ralph Ellison, Anthony Hecht ’44, William Humphrey, and Theodore Weiss. This partial list indicates that Bard had assumed a place of eminence in the teaching of literature and writing and was attracting leading thinkers in the social sciences. The College also continued to demonstrate its commitment to global issues of education and democracy. In 1956, Bard provided a haven for 325 Hungarian student refugees after their participation in that country’s revolt against its Stalinist government. Gyula Nyikos, the chief English instructor for these students, said of Bard’s president at the time, “Jim Case didn’t open the doors; he flung them open.”

The 1960s marked a period of significant growth. Under the stewardship of Reamer Kline, who served for 14 years as president of the College, the number of students and faculty increased, as did campus facilities, and the curriculum was expanded, particularly in science and the visual arts. Bard also demonstrated an early commitment to civil rights. In 1962, Bard was among the first colleges to award an honorary degree to Rev. Martin Luther King Jr. Denise Ahearn Carson ‘65 recalled those days on the occasion of her class’s 50th anniversary: “It was incredibly intellectually stimulating, because of a high-quality faculty, and an exciting time of change in the world. The Bard culture seemed to be recognizing those changes well before the general population realized that we could all be part of movements and causes.” 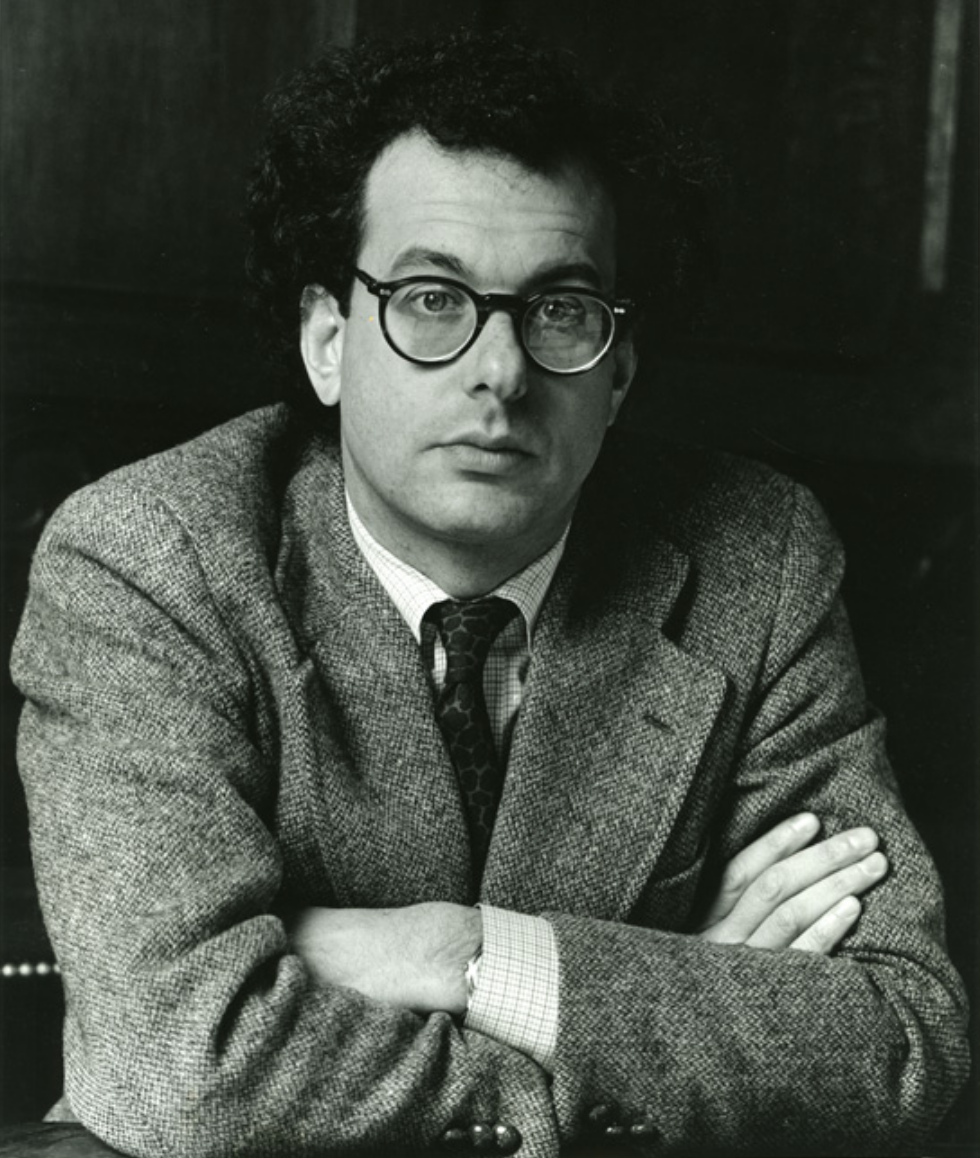 Leon Botstein became Bard’s 14th president in 1975. Under Botstein, Bard has continued to innovate, take risks, and broaden its global outlook. He has overseen curricular innovation—including the nation’s first human rights major; the Language and Thinking Program, an intensive three-week presemester workshop for first-year students; and Citizen Science, an intensive program that introduces all first-year students to natural science and the ideas of the scientific method—and the development of a new model for the liberal arts college as a central body surrounded by affiliated institutes and programs that strengthen core academic offerings. This model is flexible enough to include programs for research, graduate study, and community outreach, yet each affiliate is designed to enhance the undergraduate experience by offering students the opportunity to interact with leading artists, scientists, and scholars.

A number of these initiatives developed within the Bard Center, established in 1978 to present artistic and intellectual programs. Bard Center fellows and visiting scholars and artists give seminars and lectures to undergraduates and the public. Programs include the Distinguished Scientist Lecture Series, which has brought 45 Nobel laureates to Bard, and the Bard Fiction Prize, awarded to emerging writers who spend a semester in residence at the College. Also under Bard Center auspices is the Institute for Writing and Thinking, which has had a major impact on the teaching of writing in high schools and colleges around the country and internationally. The Bard Music Festival, which each year illuminates the work and era of a specific composer, presented its first season in the summer of 1990. The festival’s home since 2003 has been The Richard B. Fisher Center for the Performing Arts at Bard College, a venue designed by renowned architect Frank Gehry.

Bard has also expanded its presence abroad under Botstein’s leadership, and furthered its efforts to promote freedom of inquiry internationally. In 1991, under the newly developed Program in International Education (PIE), the College began bringing students from emerging democracies in Eastern and Central Europe, Central Asia, and the Middle East to Bard for one semester of study. This program is one of many overseen by the Institute for International Liberal Education, which was founded in 1998 to develop long-term collaborations between Bard and other leading institutions around the world. These partner campuses include the Faculty of Liberal Arts and Sciences of St. Petersburg State University (Smolny), the first liberal arts program in Russia, founded as a joint venture of Bard and St. Petersburg State University; Al-Quds University in East Jerusalem, which collaborated with Bard in 2009 to create the Al-Quds Bard College for Arts and Sciences and a Master of Arts in Teaching Program; American University of Central Asia in Bishkek, Kyrgyzstan, where Bard established a dual-degree program in 2010; Bard College Berlin: A Liberal Arts University, a partner institution since 2011; and Central European University, a graduate-level, Budapest-based institution that opened a teaching site on Bard’s main campus in 2017. 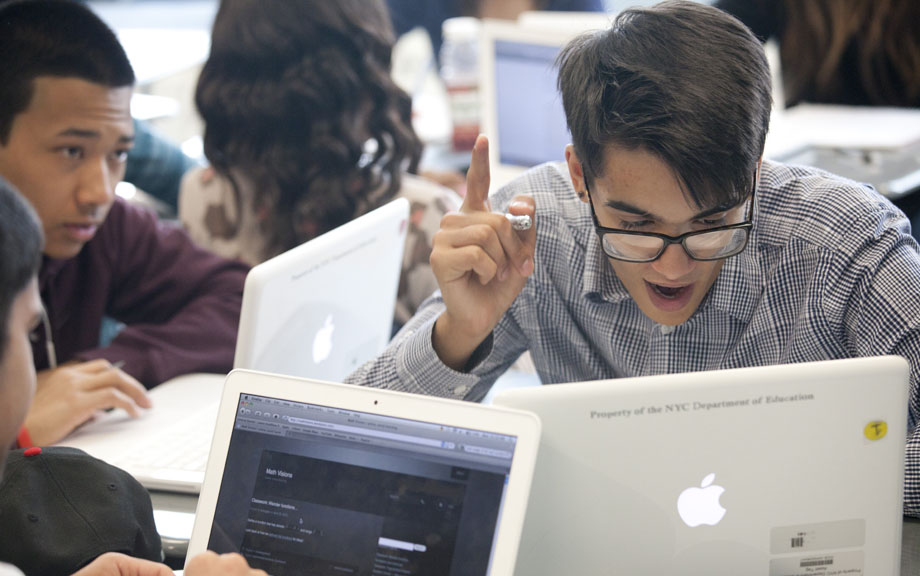 Bard made national headlines in 2013 by offering a new application option that bypasses standardized tests and admission processes, enabling motivated students to gain admission through an essay test. Members of the Bard faculty evaluate the essays, and applicants who score B+ or higher receive an offer of admission. Recent educational initiatives also include The Orchestra Now (2015), which offers experiential orchestra training to postgraduate musicians and leads to a master of music degree; and the first two Bard Microcolleges. Building on the Bard Prison Initiative’s values and success, the College partnered with existing community-based institutions to provide a full-scholarship, liberal arts education to students often excluded from the university experience. Bard Microcollege Holyoke (Massachusetts) opened in 2017; the Brooklyn Public Library campus welcomed its first students in January 2018.

In 2016, Bard purchased Montgomery Place, a 380-acre property just south of the main campus. The College is working on a master plan to integrate the campuses and utilize the new facilities—among them, a 19th-century mansion, coach house, greenhouse, farm, gardens, walking trails, and outbuildings—in a manner consistent with its commitment to historic preservation, public access, and the environment. To date, activities at the Montgomery Place Campus have included lectures, exhibitions, guided walks by Bard horticultural staff, a SummerScape gala and performance, and a salon series presented with Hudson River Heritage. The Bard College Farm is using the greenhouse to start vegetables and flowers from seeds, and several undergraduate courses have been inspired by the history of the property and its significance in American architecture and landscape design.

Bard College Conservatory of Music performance at the Richard B. Fisher Center for the Performing Arts, photo by Karl Rabe.

The US-China Music Institute, a partnership between the Bard College Conservatory of Music and the Central Conservatory of Music in Beijing, presented its inaugural concert at the Fisher Center for the Performing Arts in January 2018. Plans for the institute include a degree program in Chinese instruments, an annual Chinese music festival, a program of scholarly conferences, and a summer academy for high school–age musicians. The 2018–19 academic year will also see the establishment of an MEd program in environmental education, through the Bard Center for Environmental Policy and Master of Arts in Teaching Program; a BA/MA program with the Bard Graduate Center; and a one-year MA program in economic theory and policy at Bard’s Levy Economics Institute.

Central European University (CEU), based in Budapest, Hungary, opened an extension site on Bard’s Annandale campus in late 2017, and is offering an Advanced Certificate in Inequality Analysis, together with the Levy Institute, taught by faculty from both institutions. Plans are under way to take advantage of the John Cage Trust’s relocation to the main campus, by more fully integrating the work of the trust at the undergraduate and graduate levels. Also in the planning stages is a new Bard High School Early College campus in Washington, DC.