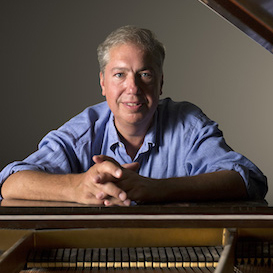 Christopher H. Gibbs is executive editor of The Musical Quarterly; editor of The Cambridge Companion to Schubert (1997); author of The Life of Schubert (2000), which has been translated into five languages; coeditor of Franz Liszt and His World (2006) and Franz Schubert and His World (2014); and coauthor of The Oxford History of Western Music, College Edition (2013; 2nd ed., 2018). He is a contributor to New Grove Dictionary of Music and Musicians, 19th-Century Music, Schubert durch die Brille, Current Musicology, Opera Quarterly, and Chronicle of Higher Education. Additionally, he has served as program annotator and musicological consultant to the Philadelphia Orchestra (2000– ); musicological director of the Schubertiade at the 92nd Street Y in New York City; musicological adviser for the Schubert Festival at Carnegie Hall (1997); and artistic codirector of the Bard Music Festival (2003– ). Gibbs is the recipient of numerous honors, including the Dissertation Prize of the Austrian Cultural Institute (1992), ASCAP–Deems Taylor Award (1998), and American Council of Learned Societies fellowship (1999–2000). He previously taught at SUNY Buffalo (1993–2003). BA, Haverford College; MA, MPhil, PhD, Columbia University. At Bard since 2002.