en español
Many young people arrive at college with a single-minded focus on career and preprofessional education. Parents and students often harbor the illusion that the purpose of college, in contrast to that of high school, is to prepare oneself for the practical business of life, a phrase that is often reduced to the earning of money. Too many educators overreact to this legitimate utilitarian claim by preaching about learning for its own sake. This is a sort of high-minded, old-fashioned special pleading that is actually counterproductive. Learning for its own sake is wonderful, desirable, and enjoyable, but only after an individual has found a way to connect learning and life in a manner that influences everyday life, including earning a living. 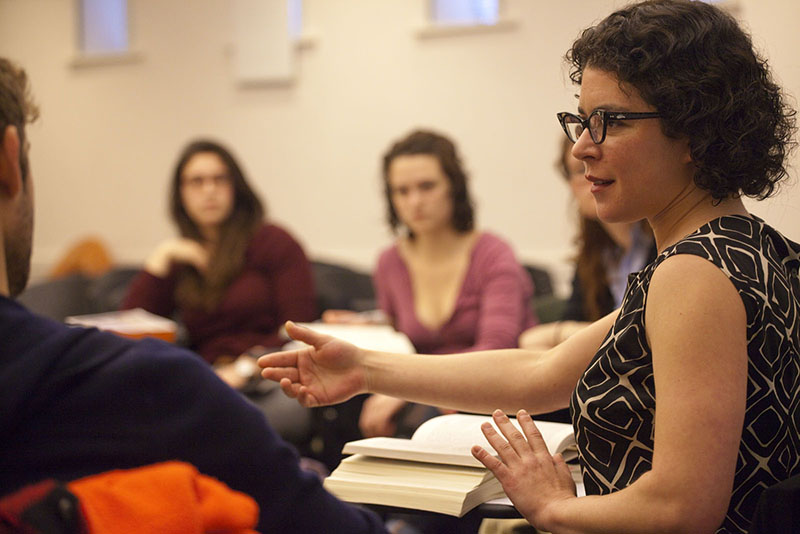 Photo by Scott Barrow
Consequently, the plea for learning for its own sake doesn’t come across very persuasively to most parents and students. In the contemporary context it implies that learning in the sense of a more sophisticated understanding of literature, history, and philosophy—the kind of thing one ought to obtain in college—is indeed an irrelevant luxury without even an obvious civic benefit. Therefore, we would do well to make it clear that such learning in college must absolutely be considered useful. A college that resists the demand that it make a difference in the future lives of students in terms of work is making a grave error, particularly if that college works in what is called a liberal arts context.

The key to this problem rests in the definition of utility. It turns out that when it comes to education, virtue is its own reward. Learning for its own sake is the best preparation for functioning competitively and creatively. Therefore, any responsible professor of a course of study on the undergraduate level errs by denigrating learning done by students that on the surface seems unconnected to becoming trained to do a particular task. Studying philosophy, for example, might be just the thing an undergraduate engineering major needs to become an innovative engineer. The essential training engineers get in problem solving, using mathematics and the procedures of basic science—not applied science—turns out to be critical in the workplace later on. So, too, is an education in complementary disciplines, including history and philosophy. Likewise, a solid understanding of psychology and literature, not to mention American economic and social history, will serve an undergraduate business major better than a course in marketing, especially if that student has the acuity and instinct to recognize its value.

A second barrier to realizing the promise of the college years is a more general skepticism and antiintellectualism inherent in the popular culture surrounding American adolescents. Being an adult is symbolically understood in many ways in this country. It is not primarily understood as a status that implies learning as a central personal habit. As a result, on most college campuses there is a staggering gulf between the classroom and after-class life. There is, in short, a sort of Jekyll-and-Hyde phenomenon. In very good colleges, students work diligently and are attentive and ambitious. But the moment class is over and the assignments completed, an entirely different pattern emerges. American colleges are notable for their vulgarity in terms of extracurricular social life. There seems to be no connection between what students are learning and the way they go about living.

A college ought to be measured by the extent to which the curriculum influences dining hall conversation and the kinds of entertainment students choose. It should be defined by the way learning transforms the definition of play. Not only should learning be enjoyable, but what we, as adults, consider enjoyment should be transformed by what we discover through study. Having a good time (18th-century philosophers would not have permitted us to use the word happiness, which was understood as a moral category, more like what we might term individual or collective well-being) is a perfectly reasonable objective in life. The question then becomes what kinds of things one considers play and part of having a good time. 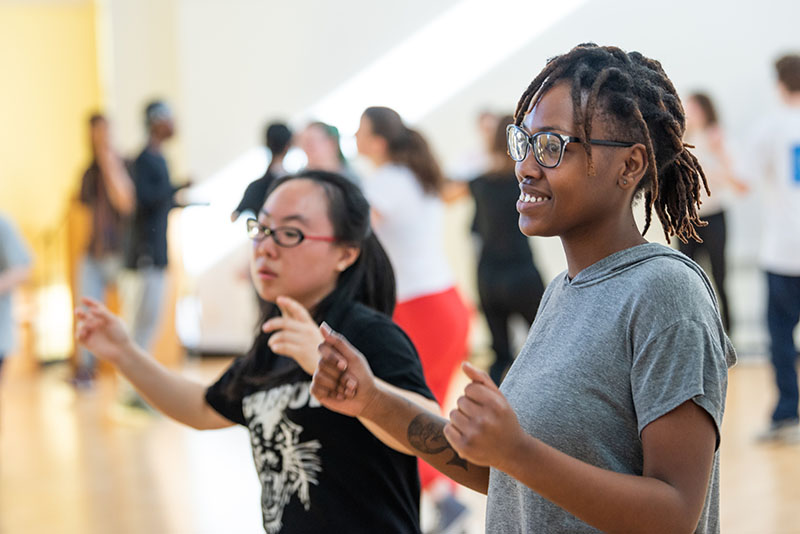 Photo by Karl Rabe
No matter how rigorous the curriculum, no matter how stringent the requirements, if what goes on in the classroom does not leave its mark in the way young adults voluntarily act in private and in public while they are in college, much less in the years after, then the college is not doing what it is supposed to do. This is the reason why when prospective students visit colleges they need to look at the student culture and activities. It is the transformation of peer-group values and behavior that can mark a first-rate college education. But one ought not underestimate the obstacles to achieving this goal, given what students bring from their homes and their high schools with respect to the presumed connection between learning and everyday life and what constitutes play and fun.

A third barrier to realizing the potential of the undergraduate years is specific to the way colleges organize their curriculum and faculty. Since World War II, most colleges have required their faculty to have Ph.D.s. All universities and colleges apply some standard of scholarship to their recruitment and tenure procedures. That is why one so often hears complaints about the “publish or perish” syndrome. On the one hand, requiring faculty to publish is beneficial because it ensures what ought to be a minimum level of competence and sophistication in one’s subject. Furthermore, the key difference between high school teaching and college teaching is in the realm of love of subject. Love of subject is measured by the extent to which a teacher spends time, of his or her own accord, working on scholarly endeavors in his or her chosen subject. No college teacher who does not experience criticism and evaluation by peers of his or her own written work deserves the right to assign a paper to a student. 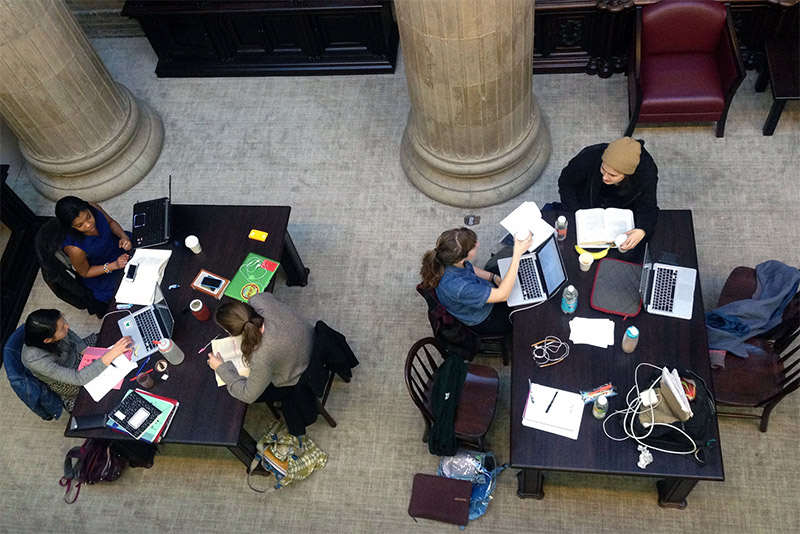 On the other hand, the increased professionalism and emphasis on scholarship and research have inadvertently led to the organization of colleges along the lines of graduate schools and to the devaluation of teaching. Teachers are hired in undergraduate schools along structural patterns that mirror the specialized fields of the graduate schools. The college English department looks unfortunately and inappropriately like a miniature-golf-course version of the 18-hole graduate school department. The same holds true for mathematics, physics, and psychology. This pattern of imitation is especially harmful currently, since graduate training, most noticeably in the humanities, encourages young would-be college teachers to specialize in ways that bear little relevance to the task of teaching undergraduates. In the name of encouraging “new” scholarship and establishing a professional reputation for oneself, fashionable texts, elaborate methodologies, and peripheral questions are favored in dissertations over careful study and interpretation of central issues, texts, and traditions. By the time a graduate student reaches the classroom as an independent instructor, he or she not only has had no useful guidance in how to teach, but is not prepared or inclined to teach legitimately canonical texts and recurrent issues that undergraduates need and want to study. This redefined pseudoprofessionalism has crippled most efforts to reinvent general education. The irony is that this prescriptive procedure delays and inhibits scholarly originality, particularly in the reconsideration of well-established methods, canons, and traditions.

Furthermore, undergraduate “majors” inevitably favor their best students, defined as those who hold the most promise for a scholarly career. No department wants to become a “service department” without its own majors, relegated to teaching skills and materials to students who are primarily interested in other subjects. It does not seem sufficiently dignified for the purpose of an English department, for example, to educate a literate physician. This is unfortunate. Academic departments often function as if they were merchants in a bazaar, hustling undergraduates to become majors. Administrations, in turn, measure success by counting heads in terms of enrollments that derive from majors: the more majors, the more successful the department. This pattern even spills down to the college applicant, who is asked a ridiculous question: What would you like to major in? 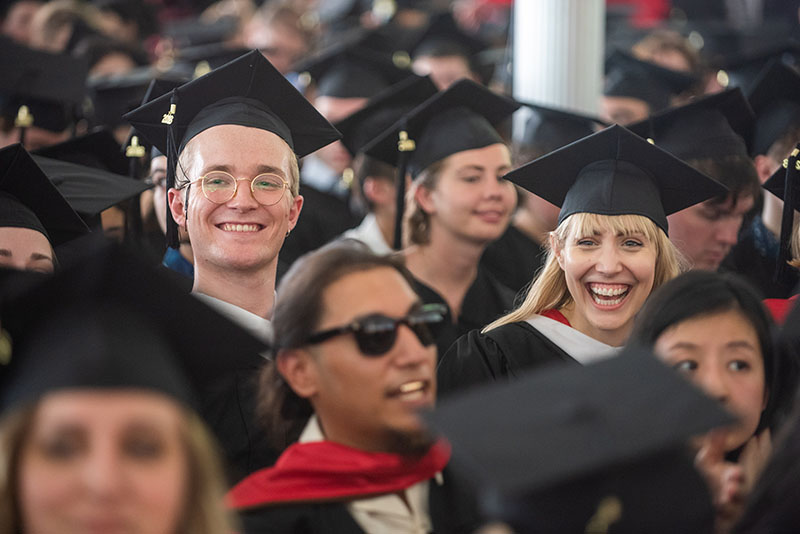 Photo by Karl Rabe
The truth is that life is not divisible into majors. Neither is work nor, believe it or not, learning or scholarship. Asking a high school graduate about a major defined in terms of a university department is usually pointless because the student has no reason to have any notion of what the question might mean or imply. The right questions to ask the prospective student are: What issues interest you? What kinds of things would you like to study? What would you like to know more about? If one starts with the problems that young people formulate about the world, one discovers that answering them requires the expertise of individuals, defined in ways that do not correspond neatly with the departmental structure of a graduate school. And the search for answers to old questions and the framing of new questions demand an encounter with the full scope of intellectual traditions conserved by the university.

If we expect college graduates to function as leaders in the civic arena, then colleges must expand the extent to which their campuses are used as important public spaces. Ours is an age of extremes. We are surrounded by crowds, but each individual finds himself or herself on a somewhat isolated and autonomous outing. We have embraced the mall as the ideal shopping venue. Although the mall has many virtues, it isn’t quite like a town square. At the same time, we spend a good deal of time alone, looking at a television screen or a computer. We may be making contact with others over the Internet, but that, too, is hardly comparable to a public gathering.

Colleges and universities possess a unique opportunity. They have the physical spaces and the traditions that can encourage individuals on campus and from surrounding communities to come together around common interests. Public discussions, exhibits, lectures, and concerts are indispensable in our communities. Colleges are uniquely able to sponsor programs in which open debate and free inquiry are sustained. They offer a neutral ground where the rules of discourse inspire seriousness and assure civility. Institutions of higher education must also lend a direct hand to the improvement of secondary and elementary education. If we use the public space of our campuses on behalf of the cultural and political life of our communities, we also do a favor to our students. They will see that the institution they attend makes its own contribution to the outside community, particularly to the quality of cultural life and political discourse. They, in turn, may develop the expectation that they, as students (through community service programs on campus) and alumni/ae, should help sustain this sort of activity in their own communities. The university can be a center for and a model of cultural creation, debate, service, and political exchange among citizens of the future, one that is dominated not by commerce and a narrow definition of utility, but by a love of learning.

The preceding passage is adapted from Jefferson’s Children: Education and the Promise of American Culture by Leon Botstein (Doubleday, 1997).