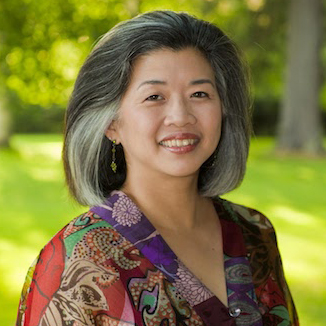 American pianist Kayo Iwama has concertized extensively with singers such as Stephanie Blythe, Kendra Colton, William Hite, Rufus Müller, Christòpheren Nomura, Lucy Shelton and Dawn Upshaw throughout North America, Europe and Japan, and has performed in many prestigous venues including the Walter Reade Theater at Lincoln Center, Weill Recital Hall at Carnegie Hall, The DiMenna Center, Merkin Hall, The Morgan Library, Boston’s Jordan Hall, the Isabella Stewart Gardner Museum, Seiji Ozawa Hall at Tanglewood, the Kennedy Center, Tokyo’s Yamaha Hall and the Théâtre du Châtelet in Paris. The Washington Post has called her a pianist “with unusual skill and sensitivty to the music and the singer” and the Boston Globe has praised her “virtuoso accompaniment…super-saturated with gorgeous colors”.

Miss Iwama is the associate director of the innovative Graduate Vocal Arts Program at the Bard College Conservatory of Music, where she works alongside Stephanie Blythe, the Metropolitan Opera mezzo-soprano and recently appointed artistic director of the program. Miss Iwama has been with the program since its inception in 2006, working in tandem with the founding artistic director, the acclaimed soprano Dawn Upshaw.  Other collaborations with Dawn Upshaw include master classes and a recital at the Britten-Pears Young Artist Program at the Aldeburgh Music Festival, and appearances at the International Vocal Arts Institute in Virginia, the University of Wyoming, Edward Pickman Hall at the Longy School of Music and the Richard B. Fisher Center for the Performing Arts at Bard College.  Ms. Iwama has been a faculty member of Songfest, and for over two decades taught at the Tanglewood Music Center, where she also served as the coordinator of the Vocal Studies Program.  There she worked with some of today’s most promising young singers and collaborative pianists, and assisted Maestros James Levine, Seiji Ozawa and Robert Spano in major operatic and concert productions. In addition her teaching has also taken her to some of the foremost universities of the United States and Asia to give master classes and performance/demonstrations. A former resident of the Boston, Massachusetts area, she was a frequent performer on WGBH radio, and performed with such groups as the Florestan Recital Project, the Handel and Haydn Society and Emmanuel Music.  In addition she was the founder, music director and pianist of the critically acclaimed Cantata Singers Chamber Series, creating programs devoted to rarely-heard works of art song and vocal chamber music.  She was formerly on the faculties of the Hartt School of Music, Boston Conservatory and the New England Conservatory of Music.

Miss Iwama earned a bachelor of music degree at the Oberlin Conservatory of Music and her master of music at Stony Brook University where she studied with Gilbert Kalish.  She also attended the Salzburg Music Festival, the Banff Music Center, the Music Academy of the West and the Tanglewood Music Center, where she worked with such artists as Margo Garrett, Martin Isepp, Graham Johnson, Martin Katz and Erik Werba.  She has served previously on the music staffs of the Steans Institute at the Ravinia Festival and the Boston Symphony Orchestra.  Miss Iwama can be heard on CD on the Well-Tempered label, with baritone Christópheren Nomura in Schubert’s Die Schöne Müllerin, two ISMM discs devoted to French mélodies and the songs of Schumann with tenor Ingul Ivan Oak, and on the The Reckless Heart with soprano Kendra Colton, a collection of 20th century American and British song.  She will also be heard on a newly released CD with Miss Colton in the vocal music of John Harbison, honoring the composer’s 80th birthday