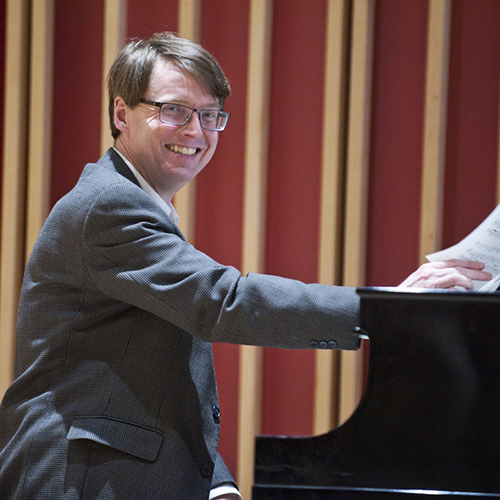 
Frank Corliss is the director of the Bard College Conservatory of Music. Prior to coming to Bard he was for many years a staff pianist for the Boston Symphony Orchestra and the Tanglewood Festival Chorus, and the director of music at the Walnut Hill School for the Arts. He was a frequent performer on the Boston Symphony Prelude Concert series and he has also performed throughout the United States as a chamber musician and collaborative pianist. Corliss has worked as a musical assistant for Yo-Yo Ma and has assisted Ma in the musical preparation of many new works for performance and recording, including concertos by Elliot Carter, Richard Danielpour, Tan Dun, John Harbison, Leon Kirchner, Peter Lieberson, Christopher Rouse, and John Williams.

A graduate of the Oberlin Conservatory of Music, he received his Master of Music from SUNY at Stony Brook, where he studied with Gilbert Kalish.  While at Oberlin he received the Rudolf Serkin Award for Outstanding Pianist and was a member of the Music from Oberlin Ensemble, which toured throughout the U.S.  He has also studied at the Mozarteum in Salzburg, Austria, and the Cracow Academy of Music in Cracow, Poland.  Mr. Corliss has participated in several summer festivals, including the Tanglewood Music Festival and the Taos Chamber Music Festival and the Aspen Music Festival.

He was appointed as an Artistic Ambassador for the United States Information Agency and in that capacity went on a three-week concert tour of Eastern Europe. He was also the recipient of a Rockefeller grant from the Cultural Contact US-Mexico Fund for Culture to commission works for flute and piano by American and Mexican composers and premiered in Boston and in Mexico City.

Mr. Corliss can be heard in recording on Yo Yo Ma’s Grammy-winning SONY disc “Soul of the Tango”, as well as the Koch International disc of music by Elliot Carter for chorus and piano with the John Oliver Chorale.