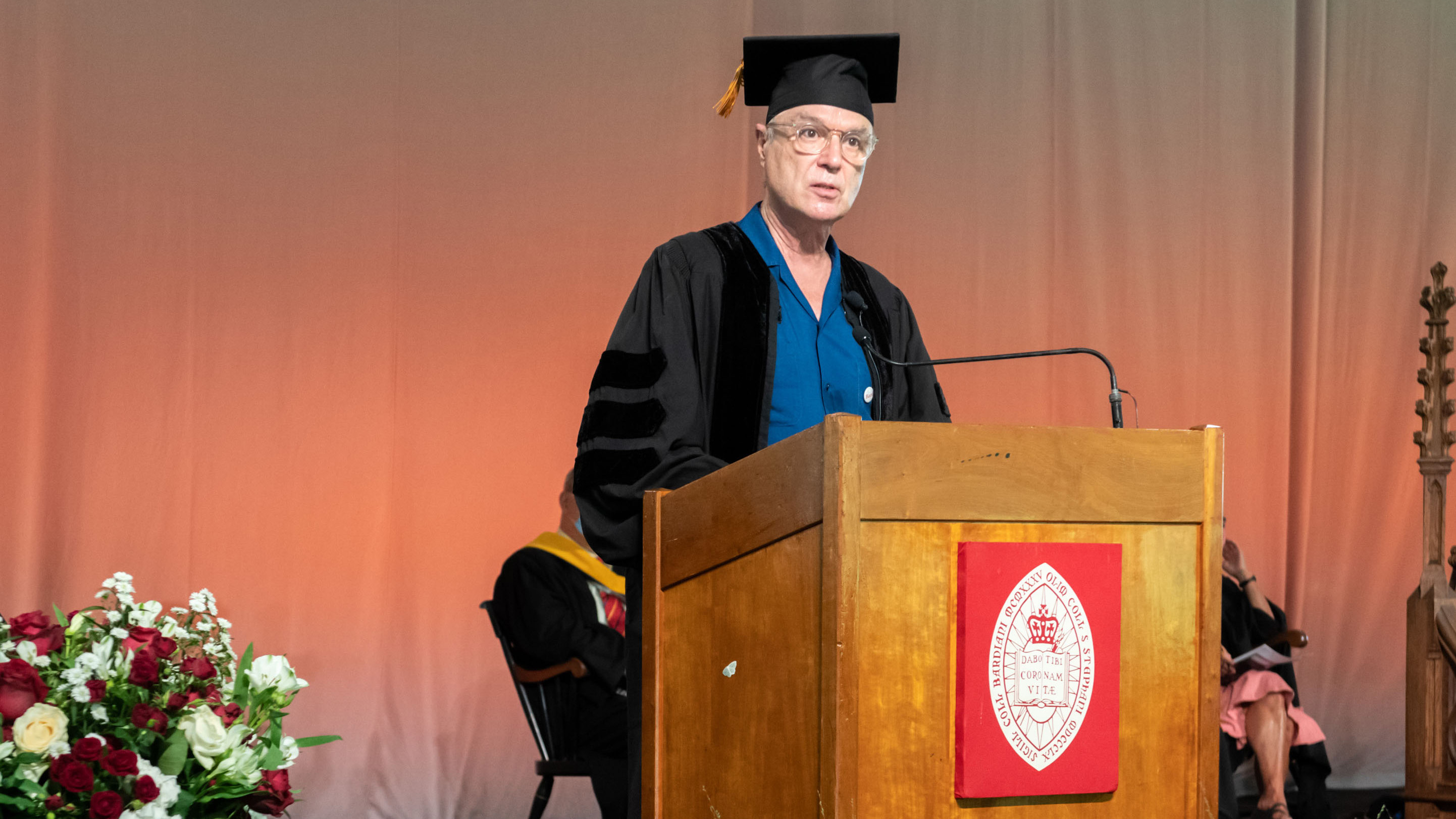 Bard College President Leon Botstein and the Board of Trustees are pleased to announce the 2022 honorary degree recipients. 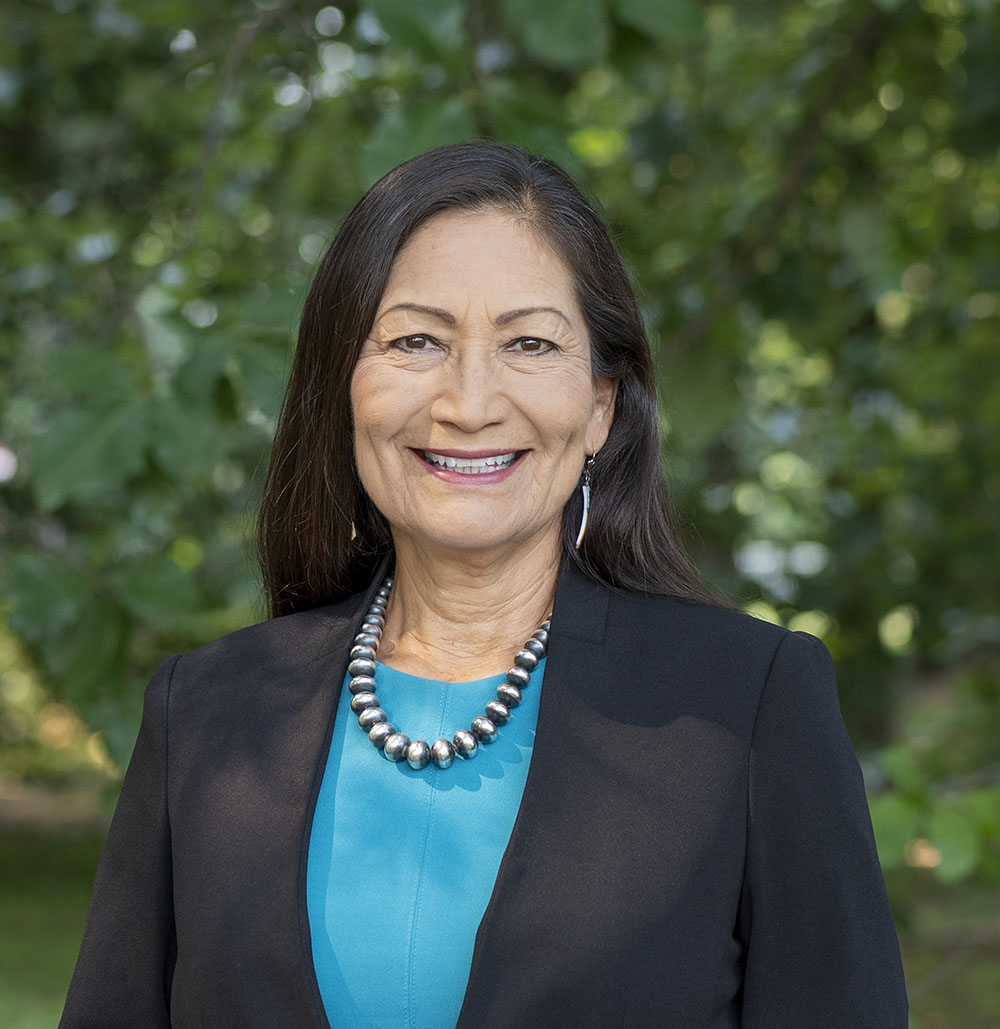 Secretary Deb Haaland made history when she became the first Native American to serve as a cabinet secretary. She is a member of the Pueblo of Laguna and a 35th generation New Mexican.

As a single mother, Secretary Haaland volunteered at her child's pre-school to afford early childhood education. Like many parents, she had to rely on food stamps at times as a single parent, lived paycheck-to-paycheck, and struggled to put herself through college. At the age of 28, Haaland enrolled at the University of New Mexico (UNM) where she earned a Bachelor’s degree in English and later earned her J.D. from UNM Law School. Secretary Haaland and her child, who also graduated from the University of New Mexico, are still paying off student loans. 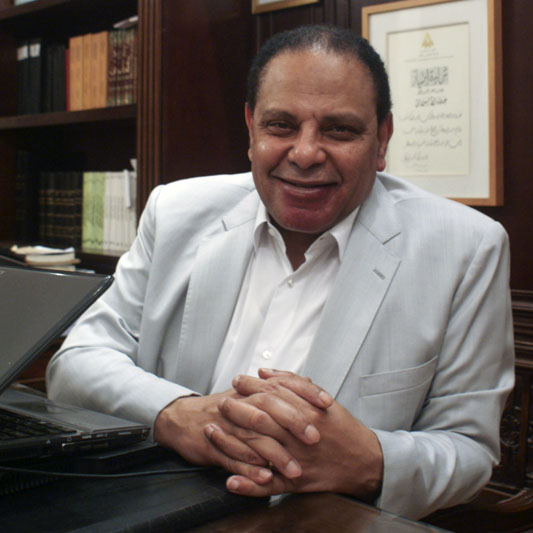 Egyptian writer Alaa Al Aswany is the author of numerous works of fiction and nonfiction, including the novel The Yacoubian Building, the best-selling novel in the Arab world for more than five years, with more than a million copies sold around the world. His next novel, Chicago, was named by Newsday as the best translated novel of 2006. His most recent work of fiction, The Republic of False Truths, is about the 2011 Egyptian uprising, which Al Aswany actively supported, and subsequent toppling of the Hosni Mubarak regime. His works have been translated into more than 30 languages. Awards he has won include the Grinzane Cavour Prize, and in 2016 he was appointed a Chevalier of the Ordre des Arts et des Lettres in France. Al Aswany holds an undergraduate degree in dentistry from Cairo University, and an MS in dentistry from the University of Illinois Chicago. 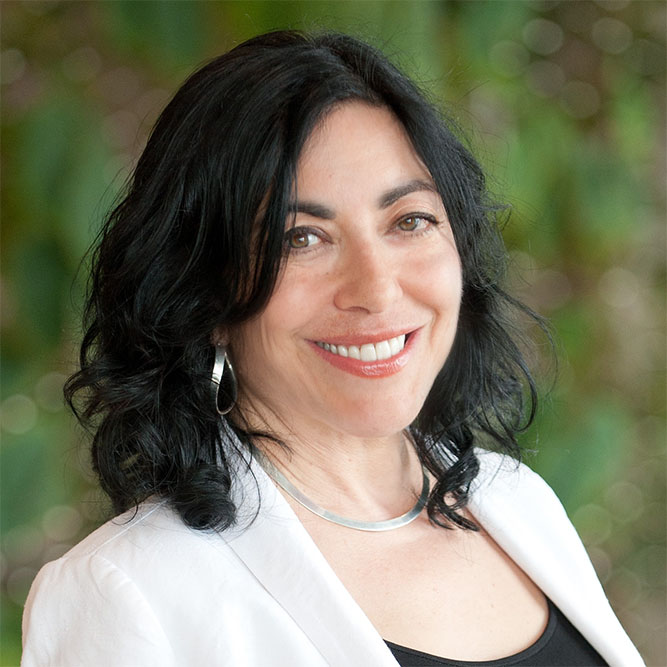 Jennifer Tour Chayes is an inventor of the field of graphons, used for the machine learning of large-scale networks. Her recent work focuses on applications in cancer immunotherapy, ethical decision making, and climate change. She is associate provost for the Division of Computing, Data Science, and Society, and dean of the School of Information, at University of California, Berkeley, as well as professor in the School of Information and Departments of Electrical Engineering and Computer Sciences; Mathematics; and Statistics. For 23 years, she was technical fellow and managing director of Microsoft Research interdisciplinary labs in New England, New York City, and Montreal. Chayes’s awards include the Anita Borg Institute Women of Vision Leadership Award, Association for Computing Machinery Distinguished Service Award, and an honorary doctorate from Leiden University. Chayes is a member of the American Academy of Arts and Sciences and National Academy of Sciences, and a fellow of the American Association for the Advancement of Science, American Mathematical Society, and Association for Women in Mathematics, among others. 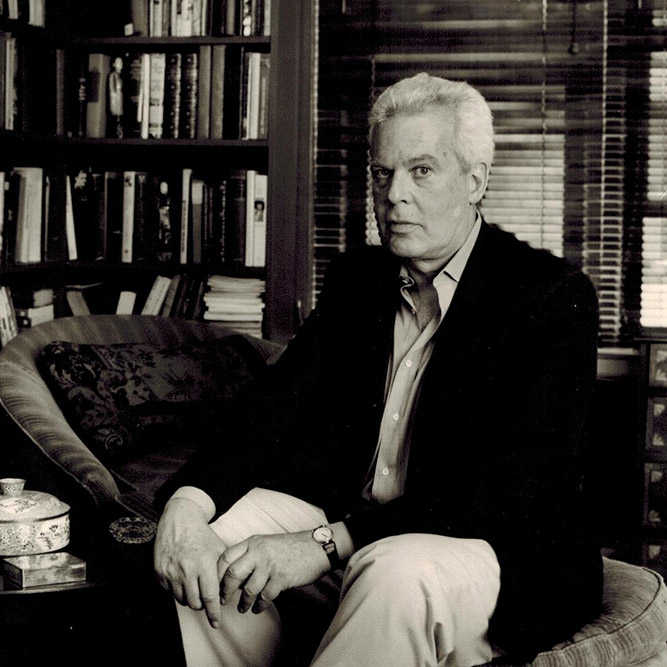 Jerome Kohn served as teaching assistant for political philosopher Hannah Arendt from 1968 until her death in 1975. For a decade after that, he was director of the Graduate Program in Liberal Studies at the Graduate Faculty of the New School for Social Research. For the past 20 years he has served as trustee of the Hannah Arendt Bluecher Literary Trust, in which capacity he has edited Arendt’s unpublished and uncollected writings in five volumes: Essays in Understanding, Responsibility and Judgment, The Promise of Politics, The Jewish Writings, and Thinking without a Banister. He is currently working on a book of anecdotes garnered from Arendt’s multifaceted life and career. He is both grateful and proud to have shared the 2019 Heinrich Böll Stiftung’s Hannah Arendt Prize in Political Thinking with Bard’s Roger Berkowitz, professor of political studies and human rights and academic director of the Hannah Arendt Center for Politics and Humanities. Kohn studied at Harvard University, Columbia University, and the Sorbonne in Paris. 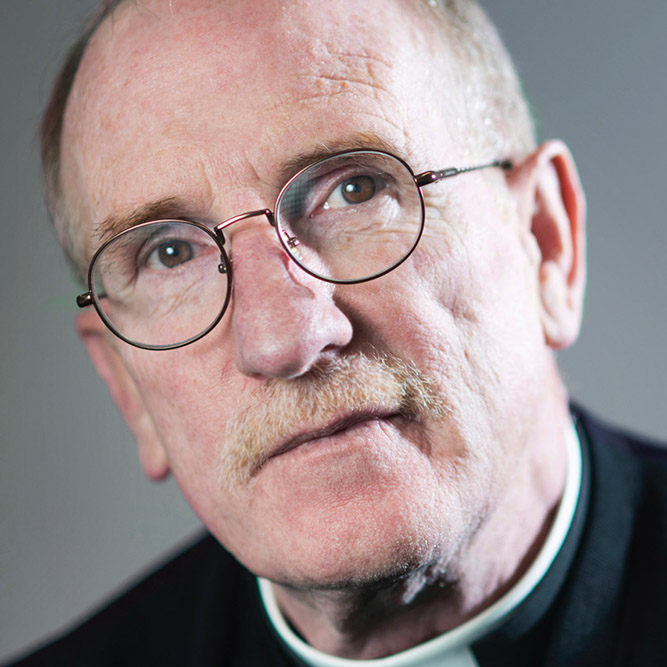 Joseph M. McShane has been president of Fordham University in New York City since 2003. He has overseen many initiatives, including fundraising for scholarships, endowed professorships, and other enhancements; redeveloping Fordham’s campus in Manhattan; and helping increase diversity among applicants as well as academic and service partnerships in New York and beyond. McShane entered the Society of Jesus in 1967 and was ordained a priest in 1977. He received a BA in English and philosophy and an MA in English from Boston College, and holds a PhD in the history of Christianity from the University of Chicago, as well as master of divinity and master of sacred theology degrees from the Jesuit School of Theology in Berkeley, California. He was dean of Fordham College in the Bronx, professor of theology, and member of Fordham’s Board of Trustees, then president of the University of Scranton, before returning to Fordham’s board and later becoming president.  He has served on the boards of many public and educational institutions. 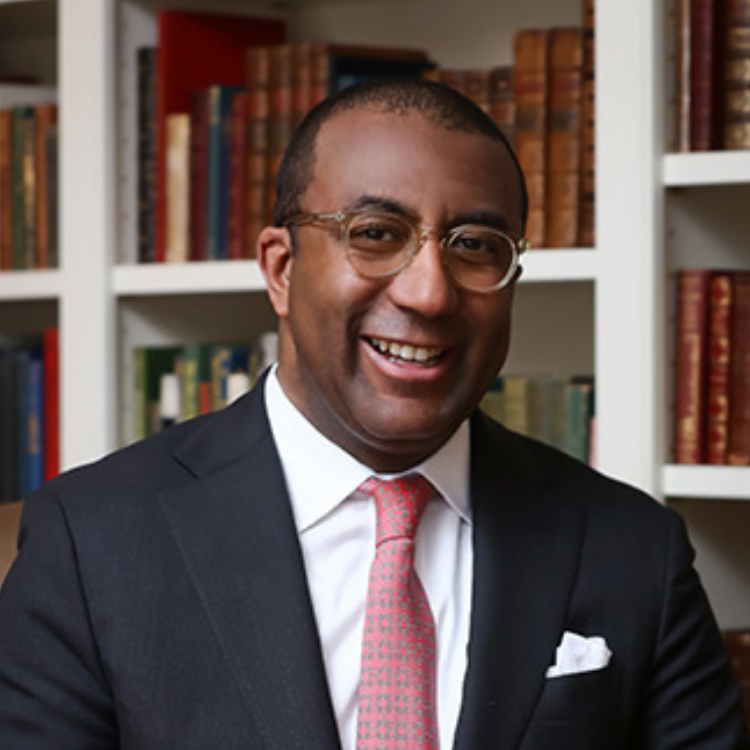 In August 2021, Eric L. Motley joined the National Gallery of Art as deputy director. He had spent the previous 14 years at the Aspen Institute, a global, nonpartisan public policy organization based in Washington, DC, where he became an executive vice president and the corporate secretary in 2016. From 2005 to 2007, Motley was counselor to the assistant secretary of state for educational and cultural affairs as well as director of the US Department of State’s Office of International Visitors. Motley began his career as special assistant to the president in the Office of Presidential Personnel for the George W. Bush administration from 2001 to 2005. He has served on the boards of numerous civic and cultural institutions, including the Morgan Library and Museum, Whitney Museum of American Art, James Madison Council of the Library of Congress, and Washington National Cathedral. He holds a PhD in political philosophy from the University of St. Andrews and BA in political theory and philosophy from Samford University. 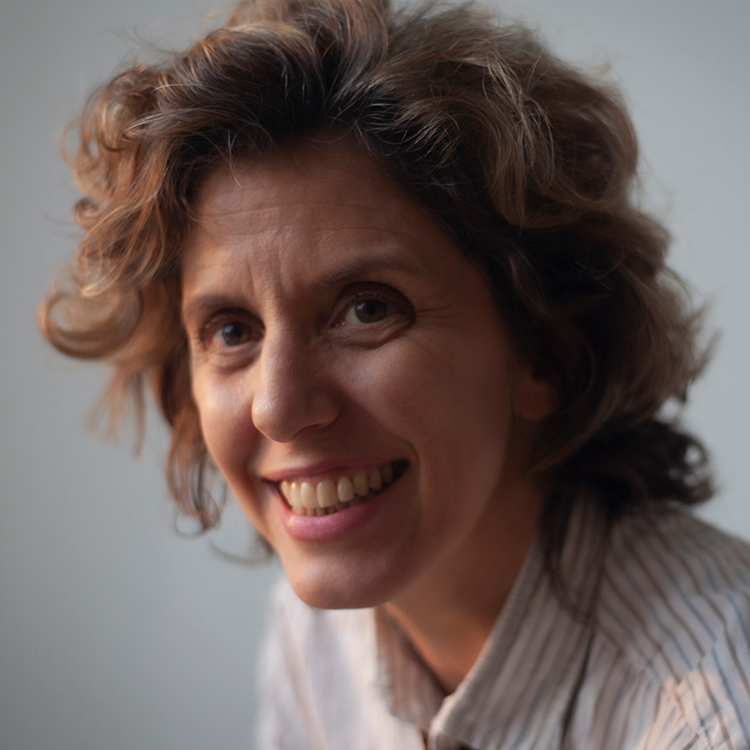 New York–based electroacoustic composer/improviser Zeena Parkins ’79 is a pioneer of contemporary harp practices. She has redefined the instrument’s capacities and designed a series of one-of-a-kind electric instruments. In her compositions, Parkins reconfigures pitch to reveal sonic presence and personality. Parkins has received a Guggenheim Fellowship, Doris Duke Artist award, DAAD Artist Fellowship, and Foundation for Contemporary Arts “Grant to Artists” Award, among many others, and three New York Dance and Performance Awards (“Bessies”). Her work has been commissioned by the Whitney Museum of American Art, Tate Modern, Sharjah Art Foundation, Donaueschingen Festival, Bang on a Can, and more. Her collaborations with choreographers have produced scores commissioned by troupes including Merce Cunningham Dance Company, Jennifer Monson, and Dance by Neil Greenberg. Other scores have graced films for artists such as Isabella Rossellini. Parkins has produced dozens of recordings, including six solo harp records. Parkins has taught at Mills College since 2007, where she is Darius Milhaud Professor and Distinguished Visiting Professor in Music. 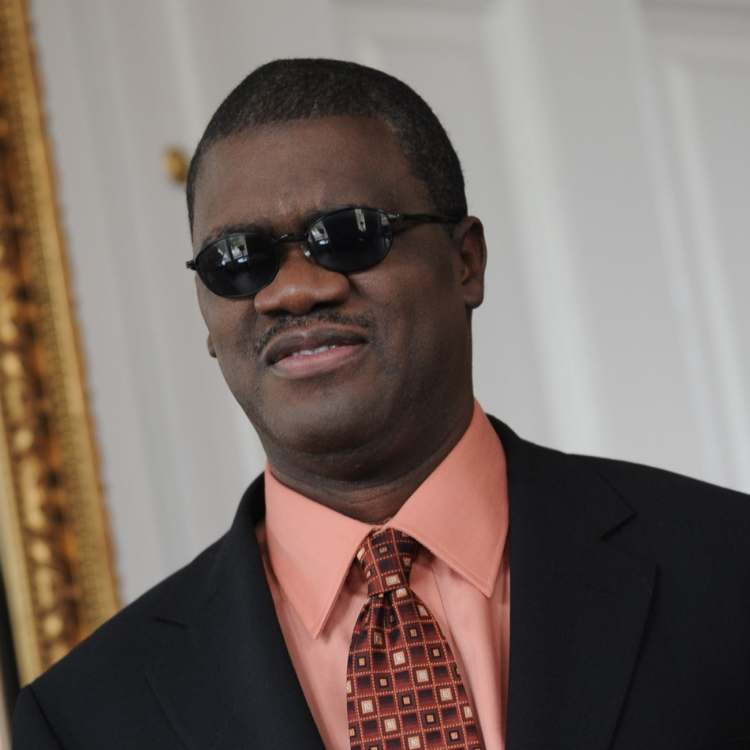 Marcus Roberts, jazz pianist, composer, and educator, began playing piano at the age of five, after losing his sight, but did not have his first formal lesson until he was 12. He went on to study classical piano with Leonidas Lipovetsky at Florida State University (FSU), where he earned his BA. Roberts has won numerous awards and competitions, including the 1998 Helen Keller Achievement Award from the American Foundation for the Blind. He has received commissioning awards from, among other organizations, Chamber Music America, Jazz at Lincoln Center, ASCAP, Atlanta Symphony Orchestra, and Savannah Music Festival. Roberts launched his own record label, J-Master Records, in 2009, and is founder of the Modern Jazz Generation, a multigenerational ensemble that is the fulfilment of his long-standing dedication to training and mentoring younger jazz musicians. Roberts is Distinguished Visiting Professor of Music at Bard College and associate professor of jazz studies at FSU College of Music.