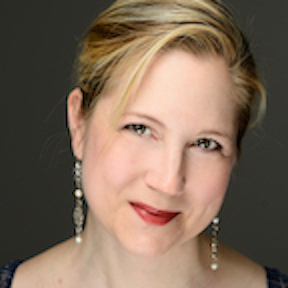 Versatile mezzo-soprano Teresa Buchholz enjoys success in the realms of opera, art song and oratorio. Verdi’s Requiem is quickly becoming a staple of her repertoire, and she has recently performed the work with True Concord Chorus and Orchestra (Tucson, AZ), the Helena Symphony (Helena, MT), the New Jersey Choral Society, the Lake Como Music Festival (Italy), and will perform the work with Long Beach Symphony (CA) in 2021. Some recent performances include Handel’s Messiah at Carnegie Hall with Distinguished Concerts International New York, several Holiday concerts with The Greenwich Choral Society and a guest recital at her alma mater, The University of Northern Iowa. In March 2019 she performed Alexander Nevsky with the Anchorage Symphony, and 2018/19 marked the debut of a newly formed collaboration with Bard colleagues Erika Switzer and Marka Gustavsson, The Blithewood Ensemble, which has performed a program of chamber music as part of the Downtown Music at Grace series (White Plains, NY) at the Hudson Hall (Hudson, NY) and Bitò Hall at Bard College. She recently soloed with the New Jersey Choral Society on a concert featuring Beethoven’s Symphony no. 9 and Choral Fantasy, and performed the role of Domna Ivanovna Sobyrova in a staged production of “The Tsar’s Bride” by Rimsky-Korsakov as part of the Bard Music Festival. In December 2018 she soloed in Handel’s Messiah at the Bardavon Theatre in Poughkeepsie, and the previous Fall she was heard as Anne in Virgil Thomson’s The Mother of Us All in a highly acclaimed production that took place in Hudson NY, in Beethoven’s Symphony No. 9 with The Orchestra Now at Bard College and in the role of Berta in a New York City concert version of the rarely heard opera Il Grillo del Focolare by Riccardo Zandonai. In past years she has been heard in Bach’s Christmas Oratorio with the Rhode Island Civic Chorale and Orchestra, Beethoven’s Symphony No. 9 at Lincoln Center with the National Chorale, a staged version of Bach’s St. Matthew Passion with Gulfshore Opera, Vivaldi’s Gloria with the Berkshire Bach Society and the Stamford Symphony, and Bach’s Magnificat with Voices of Ascension. Other recent performances have included the role of Mrs. Lovett in Sweeney Todd with Opera Roanoke; Orlofsky in Die Fledermaus with the Asheville Lyric Opera; the title role in Giulio Cesare in Egitto with Opera Roanoke; Mozart’s Requiem with the Tulsa Symphony, the Stamford Symphony, and Voices of Ascension; Brahms’s Alto Rhapsody at the Bard Music Festival; Berio’s Folk Songs at the Gateway Chamber Orchestra, where she had previously performed Mahler’s Das Lied von der Erde; and Handel’s Messiah at Lincoln Center with Distinguished Concerts International New York. In 2013 she was the winner of the female division in the Nico Castel International Master Singer Competition. Buchholz holds a bachelor’s degree in vocal performance from the University of Northern Iowa, a master’s degree in vocal performance from Indiana University, and an Artist Diploma from Yale University. She has taught at Bard since 2012 where she teaches private voice lessons and is one of the producers and vocal coaches for Bard’s undergraduate Opera Workshop.