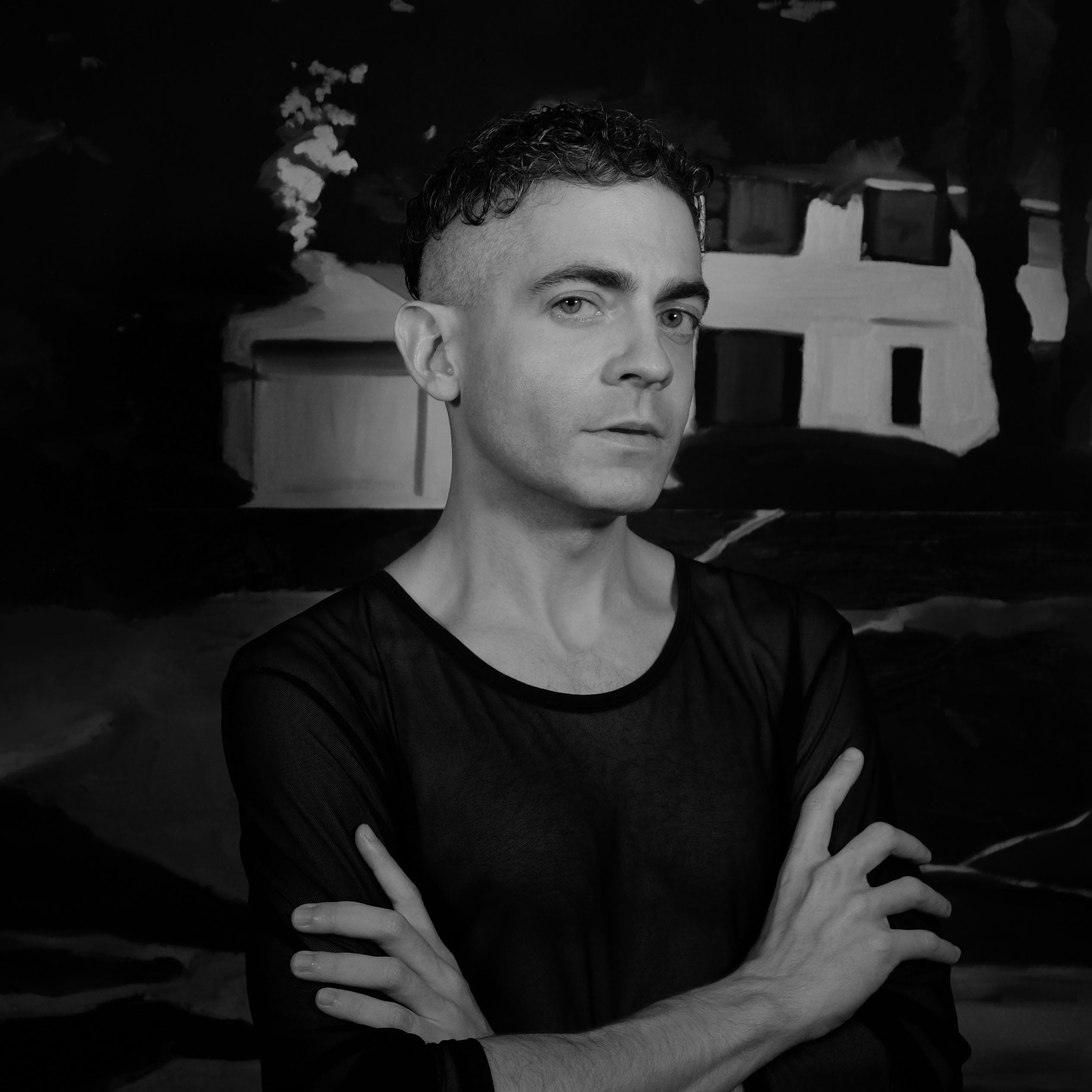 Assistant Professor of Theater and Performance

Jack Ferver is a New York–based writer, choreographer, and director. Their genre defying performances, which have been called “so extreme that they sometimes look and feel like exorcisms” (New Yorker), explore the tragicomedy of the human psyche. Ferver’s “darkly humorous” (New York Times) works interrogate and indict an array of psychological and sociopolitical issues, particularly in the realms of gender, sexual orientation, and power struggles. Their visionary direction blurs boundaries between fantastic theatrics and stark naturalism, character and self, humor and horror.

Ferver’s work has been critically acclaimed in the New York Times, La Monde, Artforum, New Yorker, Time Out NY, Modern Painters, Financial Times, Village Voice, and ArtsJournal. Ferver has received residencies and fellowships from the Maggie Allesee National Center of Choreography at Florida State (2012); Baryshnikov Arts Center (2013); Watermill Center (2014); Institute of Contemporary Art at Maine College of Art (2014); and Live Arts Bard, the commissioning and residency program of The Richard B. Fisher Center for the Performing Arts at Bard College (2014); and Abrons Art Center (2014-2015). They are a 2016 recipient of the Foundation for Contemporary Arts Grant.

Ferver teaches at Bard College in  the Theater and Performance Program and for the graduate Vocal Arts Program. They have also taught at NYU Tisch, SUNY Purchase, and have set choreography at The Juilliard School. As an actor they have appeared in numerous films and television series and plays. They are currently working on a solo work to be presented in collaboration with the visual artist Marc Swanson at Mass MoCA and a new play with the playwright Jeremy O Harris.