The Orchestra Now Announces Two Additional Symphonic Concerts to Be Livestreamed as Part of Its Fall Season on November 1 and 14, 2020 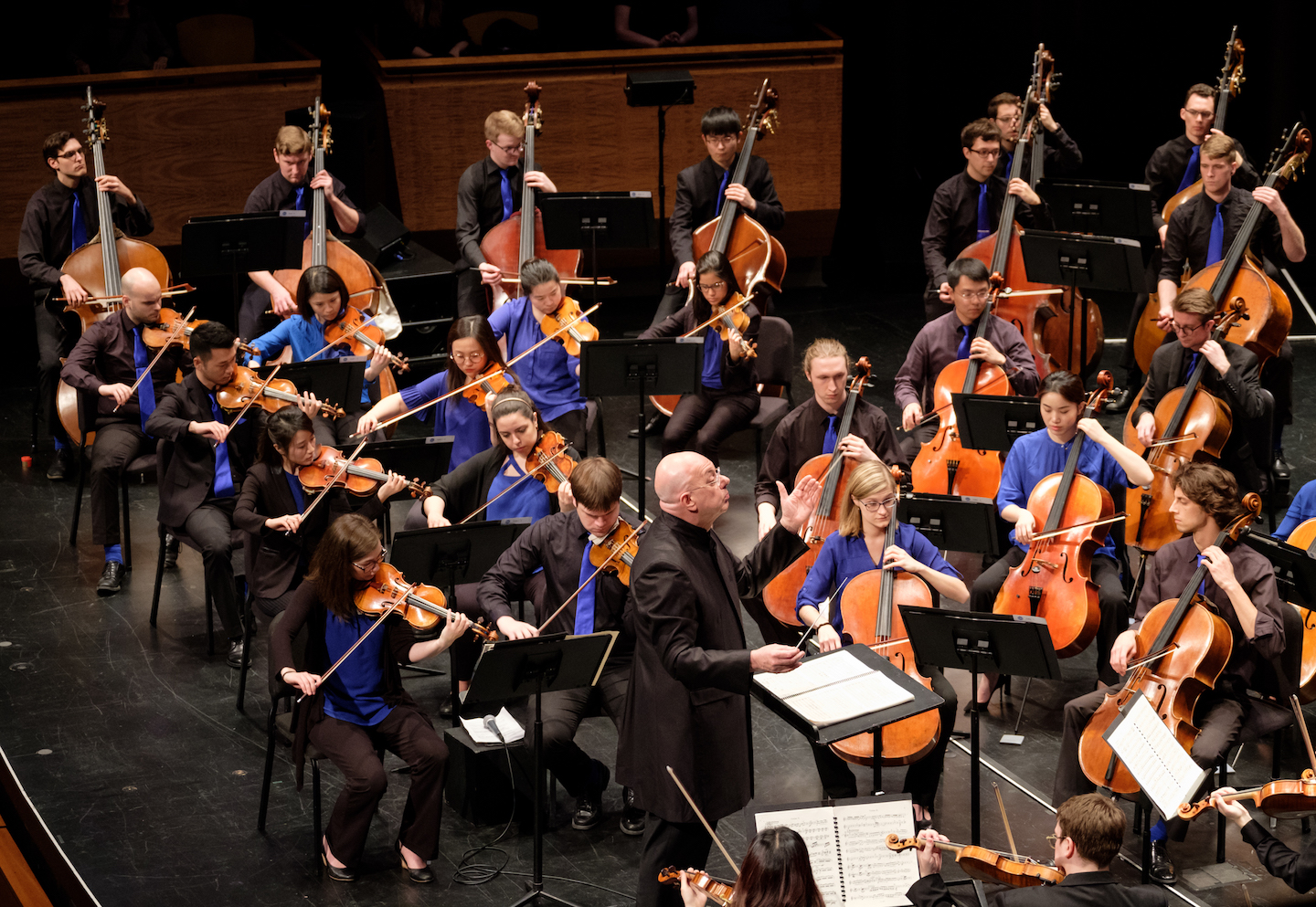 Leon Botstein conducts The Orchestra Now. Photo by David DeNee
The Orchestra Now (TŌN) has announced the addition of two more symphonic concerts to be livestreamed for free as part of its fall season. On November 1, Music Director and Founder Leon Botstein will conduct a program pairing 20th century works by Schoenberg, Mexican composer Silvestre Revueltas, and R. Strauss with Handel’s Water Music; and on November 14, he will lead the Orchestra in the rarely heard Scherzi musicali by Black American composer Ulysses Kay. The concert will also feature Haydn’s Symphony No. 48 and works by Varèse and Hindemith. The livestreamed concerts are free and will be available for streaming after the performances.

The November concerts follow the Orchestra’s earlier fall livestreamed series Out of the Silence: A Celebration of Music, a four-concert virtual celebration of music showcasing Black composers presented with the Bard Music Festival in September; and the October 17 performance of string concertos by Polish, Czech, and Brazilian composers conducted by Zachary Schwartzman. All concerts will be made available on TŌN’s website. The additional November performances will be the final concerts livestreamed from the Fisher Center at Bard in TŌN’s fall season. The graduate students will finish with their academic courses for the remainder of the semester and then return in February 2021 to continue their academic and musical activities.

STAY TŌNED
TŌN has presented more than 60 audio and video streams since April 2020. They are offered on STAY TŌNED, its new portal regrouping all digital initiatives. The events feature weekly new and archived audio and video recordings showcasing recitals, chamber music, and symphonic programs, including collaborations with the Bard Music Festival that are also available on the Fisher Center at Bard’s virtual stage, UPSTREAMING. Some of the performances, such as the Sunset Serenade series, were performed outdoors for physically distanced audiences. Much of the content is also available on YouTube, Facebook, Twitter, and Instagram.

ACCESS: RSVP here to receive a direct link to the livestream on the day of the concert. This concert will be available for delayed streaming on STAY TŌNED starting on November 5.

ACCESS: RSVP here to receive a direct link to the livestream on the day of the concert. This concert will be available for delayed streaming on STAY TŌNED starting on November 19.

Bard College Academic Year and Safety
To adapt to current circumstances, Bard College created detailed protocols for testing and screening, daily monitoring of symptoms, contact tracing, quarantine practices, and physical distancing in the classroom and across the Bard campus. This includes specific protocols for musicians campus-wide in both its undergraduate and graduate programs.  TŌN has successfully pivoted its activities to comply and in addition to physically distanced rehearsals, the musicians have resumed their academic coursework. Since August, procedures required a separation of brass and wind instruments from the larger ensemble. Currently, restrictions on winds and brass have been eased, and limited numbers may be added to the Orchestra. This can be credited to Bard’s diligent testing and protocols.