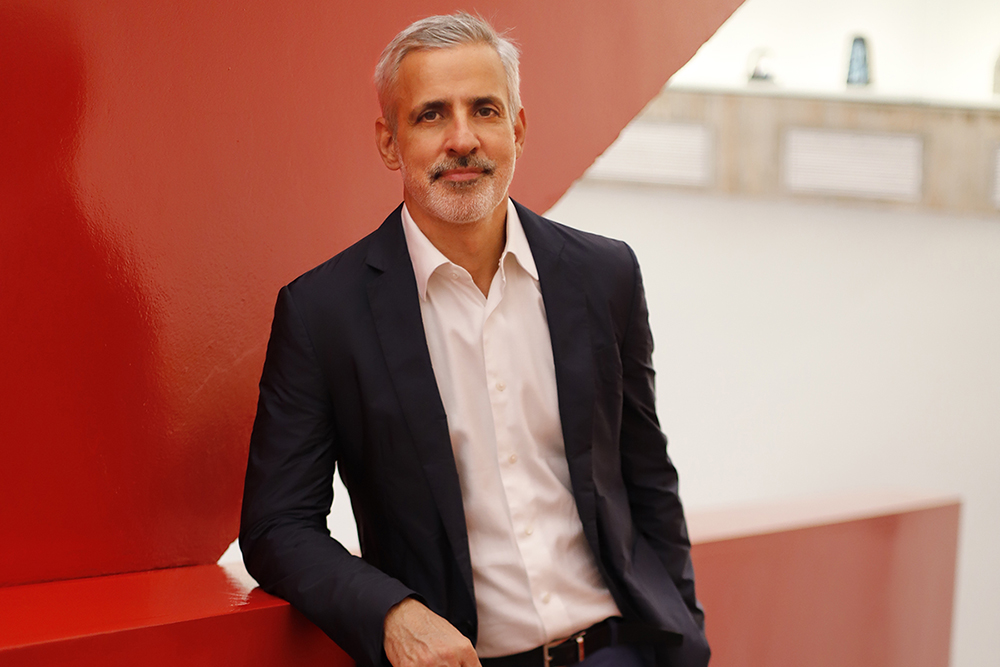 Adriano Pedrosa. Photo by Daniel Cabrel
The Center for Curatorial Studies, Bard College (CCS Bard) announced today that Adriano Pedrosa, Artistic Director of Museu de Arte de São Paulo Assis Chateaubriand (MASP), will receive the 2023 Audrey Irmas Award for Curatorial Excellence. The award, which is accompanied by a $25,000 prize, recognizes the achievements of a distinguished curator whose innovative thinking, bold vision, and dedicated service has made a significant contribution to the landscape of exhibition-making today.

The curatorial achievements of this year’s awardee cover multiple continents and span over two decades of practice. Since joining MASP, Pedrosa has redefined the institution’s program with groundbreaking exhibitions that reexamine Brazilian art histories. His inventive curatorial approach has catalyzed thought-provoking, layered narratives that put the past in dialogue with contemporary issues.

Pedrosa will be honored at CCS Bard’s spring 2023 gala celebration and dinner on Monday, April 3, 2023. The event, which is chaired by the CCS Bard Board of Governors, will be held in New York City at The Lighthouse at Pier 61.

“As embodied in his trailblazing Histórias exhibition series, Adriano Pedrosa’s commitment to amplifying and recontextualizing works that address pressing themes of our time has engaged new audiences in São Paulo’s critical arts dialogue. His work fosters the highest social and civic values of the visual arts, contributing new perspectives that propel the entire field forward,” said Tom Eccles, Executive Director, CCS Bard.
“It is an honor to receive this award, undoubtedly the most prestigious one in the curatorial field,” said Pedrosa. “I am grateful for those who have supported me and those from which I’ve learned over the years throughout many projects and conversations, particularly at MASP, as well as those who have challenged me to rethink my work—artists, curators, and other colleagues and friends.  I am happy and humbled to be alongside so many esteemed colleagues, especially as the first South American and the first curator based in the Southern Hemisphere.”

About Adriano Pedrosa
Adriano Pedrosa has served as the Artistic Director of Museu de Arte de São Paulo Assis Chateaubriand (MASP) since 2014. His arrival marked a significant shift in the museum’s curatorial program and the revival of architect Lina Bo Bardi’s original 1968 exhibition design. Mining the museum’s holdings of 17th-, 18th-, and 19th-century artworks, Pedrosa reinstalled the permanent collection using updated versions of Bo Bardi’s glass and concrete easels. Being able to approach these works at any angle has encouraged visitors to chart their own path through the galleries, opening up pluralistic meanings and connections that are often obscured by traditional, chronological displays. The reinstallation provided the foundation for Pedrosa’s pioneering exhibition series Histórias, which launched in 2016, under the theme of childhood, and went on to explore sexuality (2017), Afro-Atlantic histories (2018), women (2019), dance (2020), and Brazilian histories (2022).

Prior to MASP, Pedrosa was the curator in charge of exhibitions and collections at Pampulha Art Museum, Belo Horizonte (2000–03). He has curated numerous exhibitions including InSite_05, an initiative by the San Diego Museum of Art and the Tijuana Cultural Center (2005), the 31st Panorama of Brazilian Art at the Museum of Modern Art of São Paulo (2009), the 2011 Istanbul Biennial, and the São Paulo pavilion at the 9th Shanghai Biennale (2012). Pedrosa has served on the curatorial team for the 1998 and 2006 editions of the São Paulo Biennial. He was the artistic director of the 2nd Poly/Graphic Triennial of San Juan (2009).

Pedrosa has a degree in Law from the Rio de Janeiro State University, and a master's degree in Art and Critical Writing from the California Institute of the Arts. His work has been published in Artforum (New York), ArtNexus (Bogotá), Flash Art (Milan), Frieze (London), Mousse (Milan), and Parkett (Zurich), among others.