Artist in Residence Jeffrey Gibson on His Craft, Working with Indigenous Artisans, and Intertribal Aesthetics 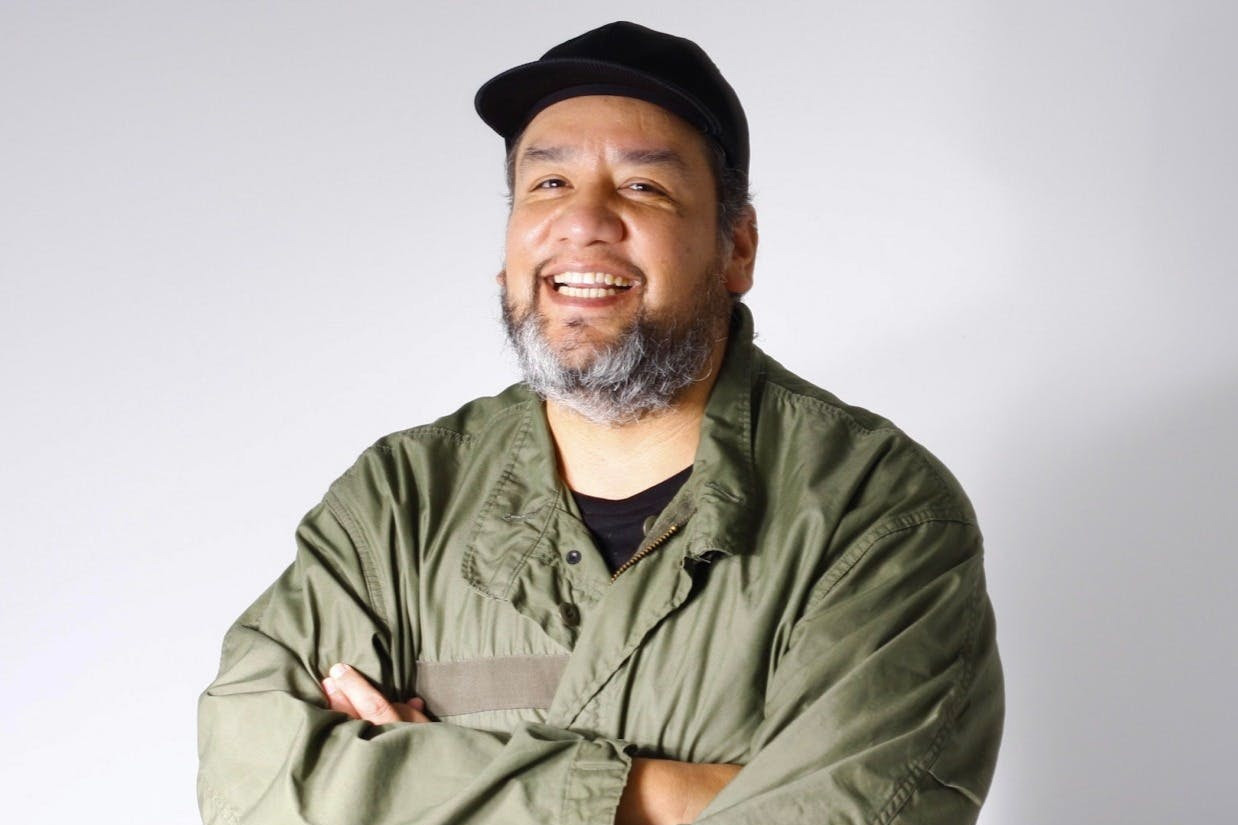 Artist in Residence Jeffrey Gibson, image courtesy of Jeffrey Gibson Studio and Roberts Projects, Los Angeles, California. Photo by Pete Mauney ’93 MFA ’00
Jeffrey Gibson, artist in residence in the Studio Arts Program, spoke widely about his work in a talk hosted by Art Basel. Tracking his personal and artistic history, Gibson spoke at length about a period of his career during which he took a deliberate step back from the “traditional” studio space and worked in concert with Indigenous artisans and creators, some of whom didn’t explicitly define themselves as artists. Though his work is often seen through the lens of identity, Gibson spoke of an intertribal aesthetic he brings to his work, which often calls for Indigenous and queer liberation.