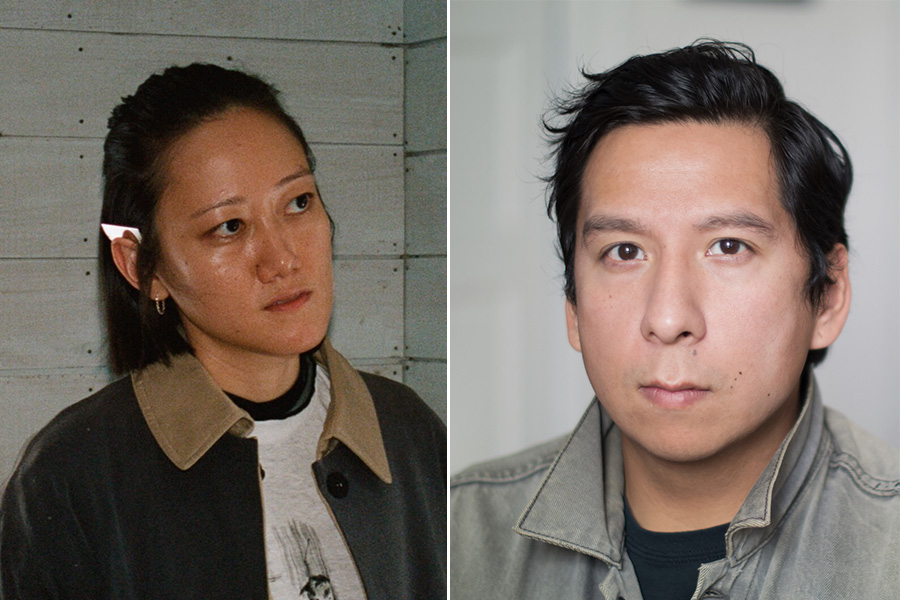 L-R: Tiffany Sia ’10 (photo by Johnny Le) and Sky Hopinka.
In conversation with Emma Wolukau-Wanambwa, Bard alumna Tiffany Sia ’10 and Assistant Professor Sky Hopinka imagined “anticolonial futures for the moving image” for Art in America. Sia spoke to her current interests in the proliferation of moving images on social media and “the idea of film as witness.” “Film is potentially incriminating, if someone is documented doing something that may be considered a criminal act,” Sia said. Hopinka spoke to filmic intentionality, both with respect to its production and its audience. “I’m interested in focusing on very specific things within my own beliefs, family, tribe, or region,” Hopinka said, “not in catering to a white audience or white gaze.”

Full Conversation in Art in America