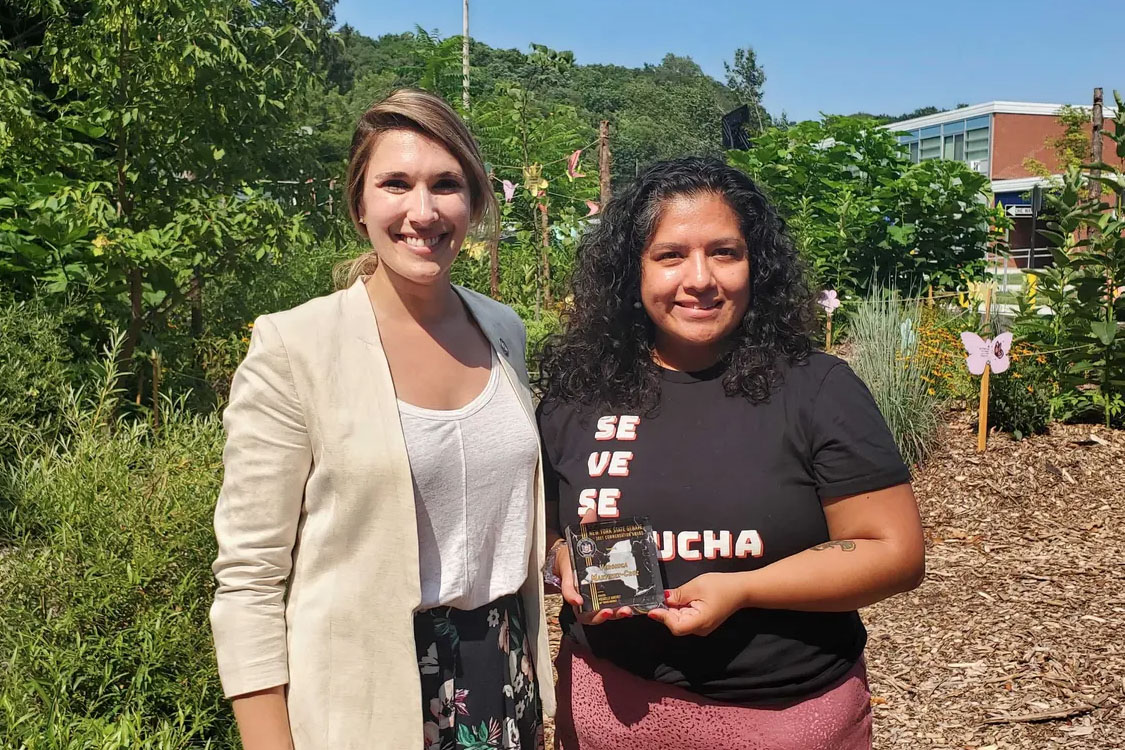 “Verónica Martínez-Cruz is doing incredible work to build language justice in the Hudson Valley and create inclusive multilingual spaces that empower our Hispanic community to participate equally in our society,” Hinchey said. “Language is power, and it can determine whether a person has access to resources, information, and decision-making processes that affect their daily lives. Verónica possesses a deep understanding of these challenges, and despite being a full-time Bard College student and working other part-time jobs, she remains a committed advocate of our Spanish-speaking neighbors. For all of Verónica’s efforts to build a stronger and more connected community, it was my honor to present her with a Senate Commendation Award.”

Martínez-Cruz has served as a Council Member for both the Kingston Food Co-op and the Kingston Land Trust, as well as serving as a freelance interpreter and translator for area organizations, including the Hudson Valley Young Farmers Coalition, Kingston Midtown Arts District, Kingston YMCA Farm Project, and Catholic Charities of Orange, Sullivan, and Ulster Counties.

“As a faithful believer in Language Justice, it has always been of the utmost importance to me that language resources exist so that Spanish speakers and other immigrants living in and around Kingston can have access to understand and be a part of the changes that are happening every day in our community,” Martinez-Cruz said. “Although I did not expect this recognition, as I am only a small piece of the giant puzzle that is mutual aid, I thank Senator Hinchey for this great honor. Immigrants are part of our community and if we work together we can ensure not only a better future for us but also for future generations.”