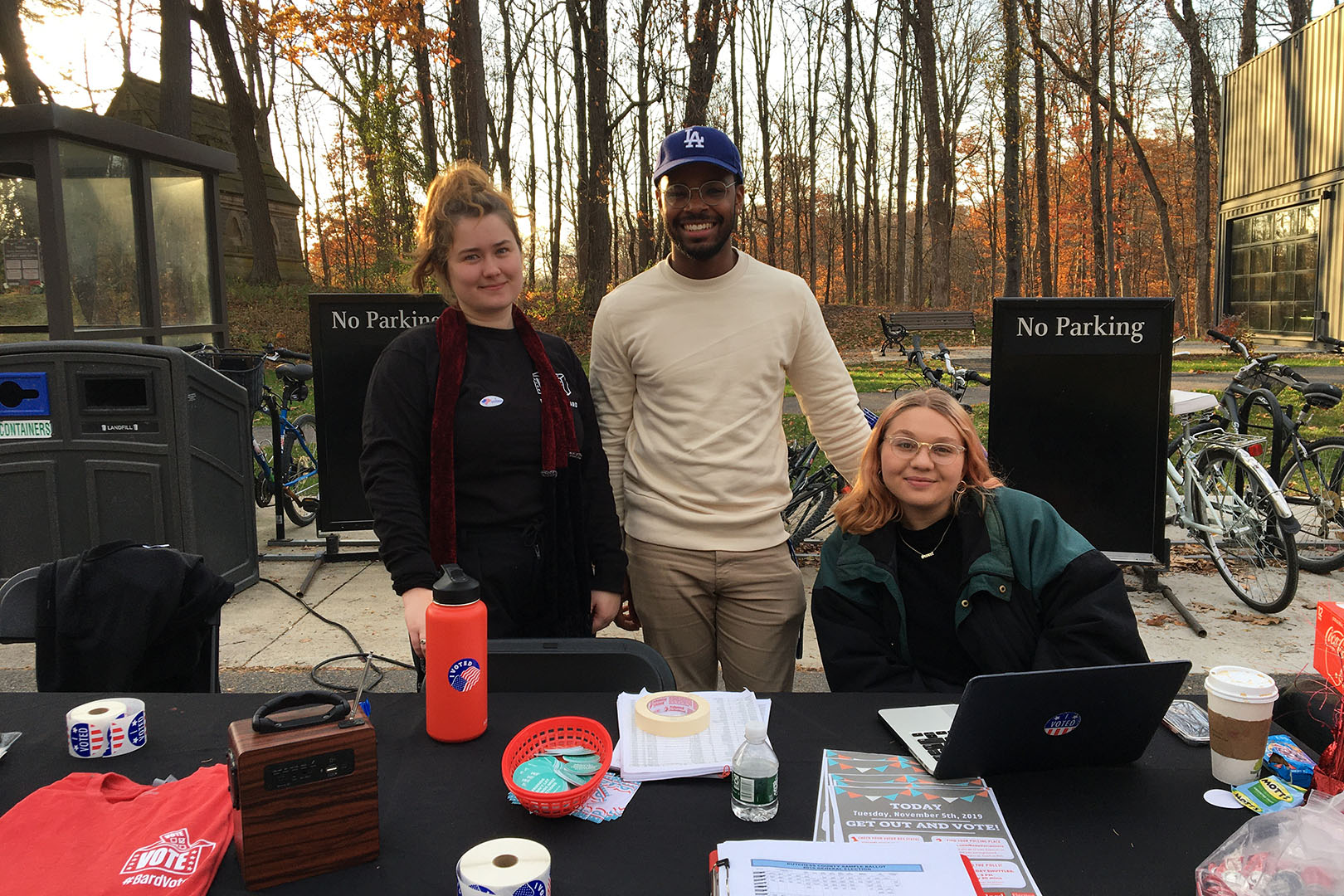 Bard College students with the [email protected] initiative work to get voters to the polls. Photo by Barbara Ross
Bard College received a gold seal, the highest honor, at the 2019 ALL IN Challenge Awards Ceremony held to recognize colleges and universities committed to increasing college student voting rates. Bard achieved a student voting rate between 40 percent and 49 percent.

“Bard students truly appreciate the importance of voting as one of the first rites of passage into participatory American democracy. Their engagement is key to our future and exemplifies the spirit of the 26th Amendment where young adult voices are equal and encouraged. It’s part of what drives [email protected] to inspire a student voter culture,” said Erin Cannan, vice president for student affairs.

Student participation in elections has increased from the 2014 midterm election to the recent 2018 midterm election. According to the National Study of Learning, Voting, and Engagement, an initiative of Tufts University’s Institute for Democracy & Higher Education, voter turnout at the more than 1,000 institutions participating in the study increased by 21 points, from 19 percent to 40 percent. The voter registration rates for Bard College demonstrate that 47.2 percent of students voted in the 2018 elections and 82.5 percent of students were registered and eligible to vote.

“Working in partnership with the Center for Civic Engagement and the Andrew Goodman Foundation, we saw a huge rise in students voting in the 2018 midterm election,” said Ava Mazzye ’20, student director of [email protected] “We hope this is the beginning of a lifelong commitment to democratic engagement.”

“We are excited to honor Bard College with an ALL IN Challenge gold seal in recognition of their intentional efforts to increase democratic engagement and full voter participation,” said Jennifer Domagal-Goldman, executive director of the ALL IN Campus Democracy Challenge. “More institutions like Bard are changing the culture on campus by institutionalizing nonpartisan democratic engagement efforts that are resulting in the incredible student voter turnout rates that we’ve seen across the country.”

The ALL IN Campus Democracy Challenge is a nonpartisan, national initiative recognizing and supporting campuses as they work to increase nonpartisan democratic engagement and full student voter participation. The Challenge encourages higher education institutions to help students form the habits of active and informed citizenship, and make democratic participation a core value on their campus. More than 560 campuses, enrolling more than 6.2 million students, have joined the Challenge since its launch in summer 2016.