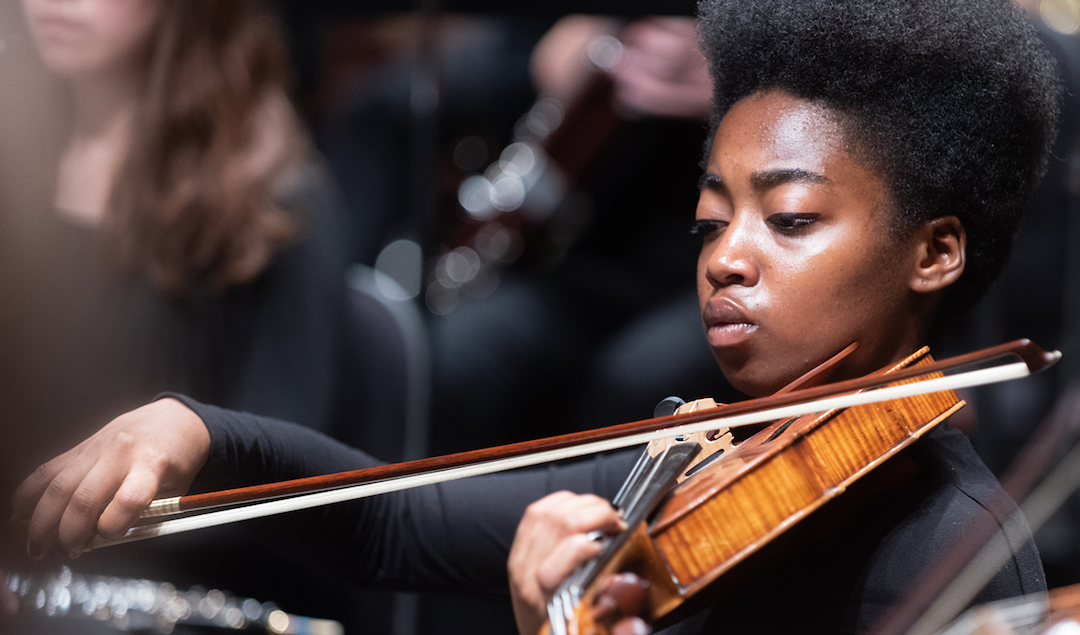 Concerts will Feature the World Premiere of Artist in Residence Erica Lindsay’s Adagio for String Orchestra (2020) and Works by Casals, Vivaldi, Mozart, Mahler, and Elgar

The Bard College Conservatory of Music presents a student and faculty showcase weekend, October 24–25, two free, live-streamed concerts featuring the Bard College Conservatory Orchestra, Leon Botstein, conductor, showcasing performances by celebrated violinists and new Conservatory faculty Gil Shaham and Adele Anthony, as well as students and other faculty from the Bard Music Program, Conservatory, and The Orchestra Now. The October 24 concert, at 7:30 p.m., is in honor of cellist and faculty member Luis Garcia-Renart (1936–2020), and features the world premiere of Artist in Residence Erica Lindsay’s Adagio for String Orchestra (2020), as well as works by Casals and Vivaldi. Garcia-Renart, who taught at Bard from 1962 until his death earlier this year, was a former student of Casals. The October 25 concert, at 3 p.m., includes performances of works by Mozart, Mahler, and Elgar. Both concerts are free and will be live streamed from the Fisher Center at Bard’s Sosnoff Theater. Reservations are required. Proceeds support the Conservatory Scholarship Fund. For more information, visit fishercenter.bard.edu.

La Sardana, Cello choir with faculty members Peter Wiley and Raman Ramakrishnan and cellists from the Conservatory, The Orchestra Now, and the Music Program

Gustav Mahler
Adagietto from Symphony No. 5