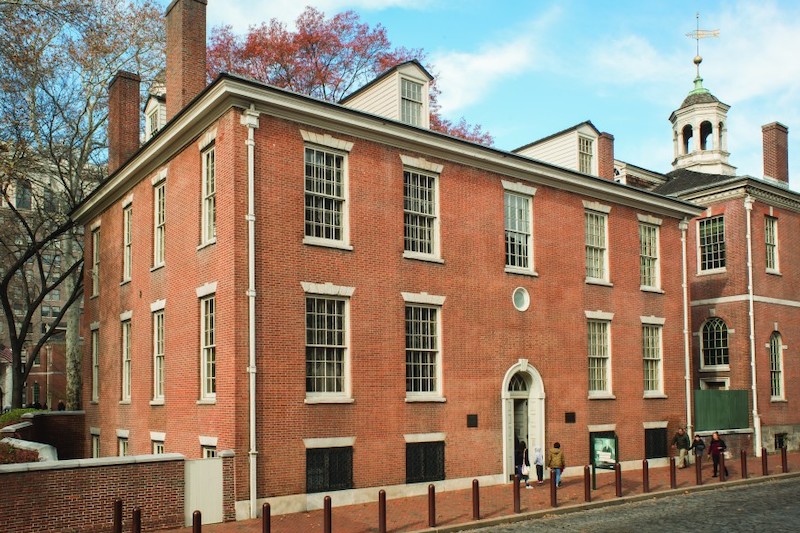 American Philosophical Society, Philadelphia. Photo by Brent Wahl
Three members of the Bard College undergraduate faculty have been honored with the American Philosophical Society’s Franklin Research Grant, given annually to support the cost of noncommercial research leading to publication: Franco Baldasso, assistant professor of Italian, for his book project Against Redemption: Democracy, Memory, and Literature in Post-fascist Italy, which challenges the received categories of cultural analysis of the period to focus on the role of literature in institutionalizing collective memory; Artist in Residence Adriane Colburn, for The Divining Forest, a suite of artworks that explores the poetics of scientific fieldwork being conducted in the dense and biodiverse environment of a tropical forest; and James Romm, James H. Ottaway Jr. Professor of Classics, to support research connected to his forthcoming book The Sacred Band, which involves the Theban hegemony of 379–362 BC, during which Thebes played a leading role in central Greek affairs and defeated the army of Sparta by deploying a corps made up of 300 male lovers—the Sacred Band of Thebes.