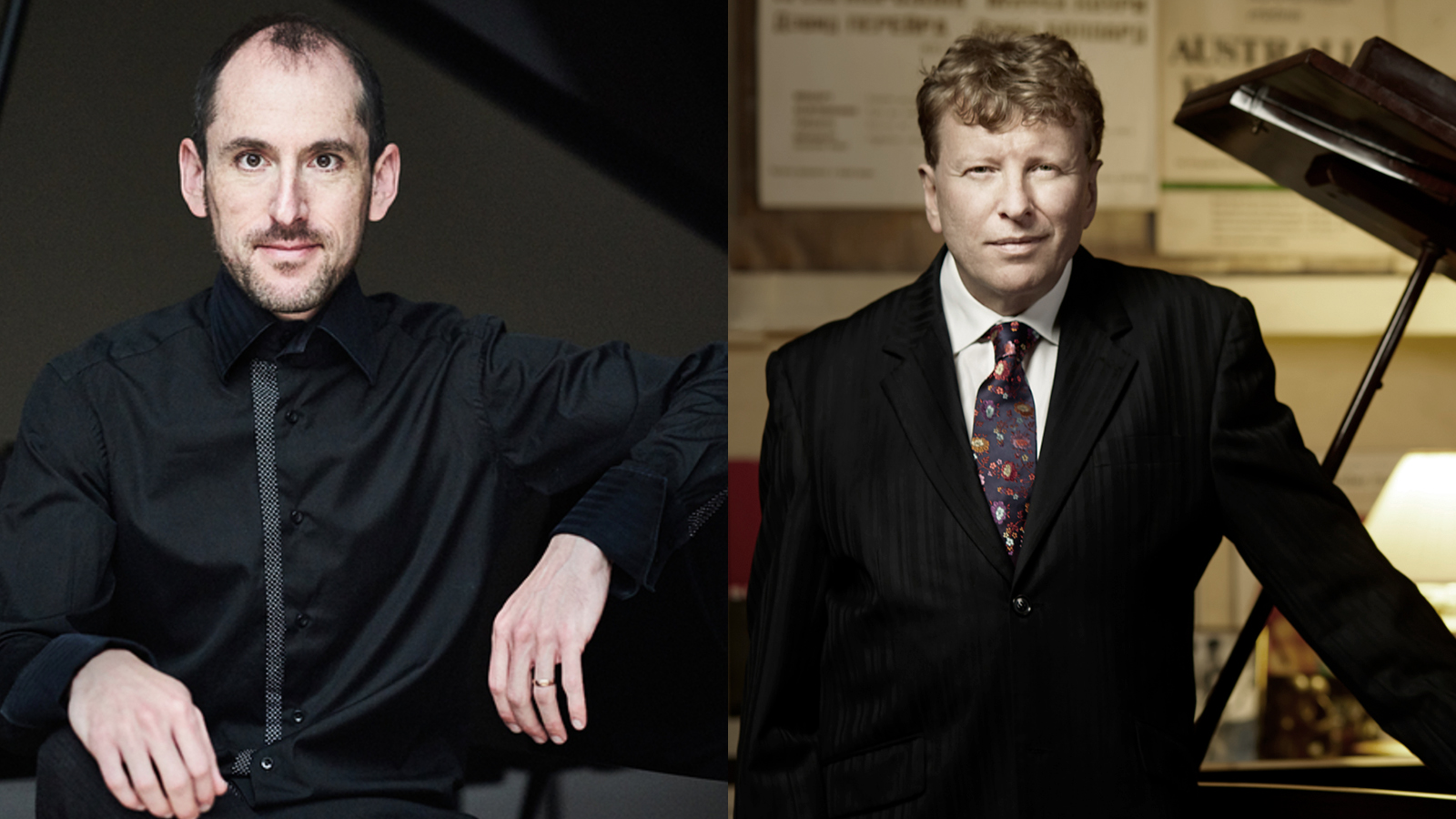 Danny Driver by Kaupo Kikkas; Piers Lane by Keith Saunders
This February, the Bard Music Festival presents “A Program of French Piano Music, Inspired by the World of Nadia Boulanger,” a recital of French music performed by pianists Danny Driver and Piers Lane recorded at The Menuhin Hall, Sussex, England in fall 2020.  Commissioned by the Bard Music Festival, the concert features works by César Franck, Lili Boulanger, Gabriel Fauré, and Camille Saint-Saëns. The program includes a talk by renowned scholars Byron Adams and Kimberly Francis introducing the work of these four composers and of the person who connects them, Nadia Boulanger.

Both the recital and scholar talk will be available to stream on-demand through UPSTREAMING, the Fisher Center at Bard’s virtual stage, February 19–25. Tickets are $15–35, with $5 Bard student tickets available through the Passloff Pass. For information and to reserve tickets, click here.

“A Program of French Piano Music, Inspired by the World of Nadia Boulanger.”
Program
César Franck (1822–90)
Organ Chorale No. 1 in E Major, arranged for two pianos by Henri Duparc (1890)

Camille Saint-Saëns (1835–1921)
Variations on a Theme of Beethoven for Two Pianos Op. 35 (1874)
#
One of Britain’s most respected pianists, Danny Driver is recognized internationally for his sophistication, insight, and musical depth. His studies at Cambridge University and Royal College of Music inspired his holistic approach to performance and enabled him to cultivate a broad repertoire from J. S. Bach to the present. Concerto engagements have included the Hallé, Royal Philharmonic, and Minnesota Orchestras, and two appearances at the BBC Proms. Recent solo recital highlights include London’s Wigmore Hall (where Driver is frequently invited to perform) and Southbank International Piano Series as well as engagements in Toronto, Montreal, Paris, and Osaka. Driver has released an extensive series of acclaimed recital and concerto recordings on Hyperion Records, and in 2017 recorded all of Beethoven’s Violin Sonatas with Chloë Hanslip (Rubicon Classics). Future projects include a recording of György Ligeti’s Piano Études (Hyperion) and a three concert series focused on Ligeti at Wigmore Hall in 2021–22.

London-based Australian pianist Piers Lane is in great demand as a soloist and collaborative artist. Recent highlights include performances of Busoni’s mighty piano concerto, Frank Bridge’s Phantasm, and Ferdinand Ries’s Eighth Concerto at Carnegie Hall; premieres of Carl Vine’s second Piano Concerto, written for him, with the Sydney Symphony and the London Philharmonic; sold out performances at Wigmore Hall; Rachmaninoff’s Piano Concerto No. 3 at St. John’s Smith Square and at the Sydney Opera House with the Sydney Symphony; the Ireland Piano Concerto under Sir Andrew Davis with the Melbourne Symphony; and Moszkowski Piano Concerto and Litolff’s Scherzo with the Queensland Symphony. Lane has a discography of more than 60 CDs. Recent recordings include Piers Lane Goes to Town, concertos by the Australians Alfred Hill and George Boyle, and sonatas with violinist Tasmin Little. In the Queens Diamond Jubilee Birthday Honours, he was made an Officer in the Order of Australia.

Byron Adams is a composer and musicologist. His essays have appeared in journals such as 19th-Century Music and Music and Letters. He has contributed chapters to volumes such as The Cambridge Companion to Elgar (2004), The Cambridge Companion to Vaughan Williams (2013), The Sea in the British Musical Imagination (2015), and The Music of Herbert Howells (2014). In 2000, the American Musicological Society presented him with the Philip Brett Award. In 2007, he was appointed scholar in residence for the Bard Music Festival and edited the volume Edward Elgar and His World. He is an associate editor of The Musical Quarterly. Adams is distinguished professor of music at the University of California, Riverside.