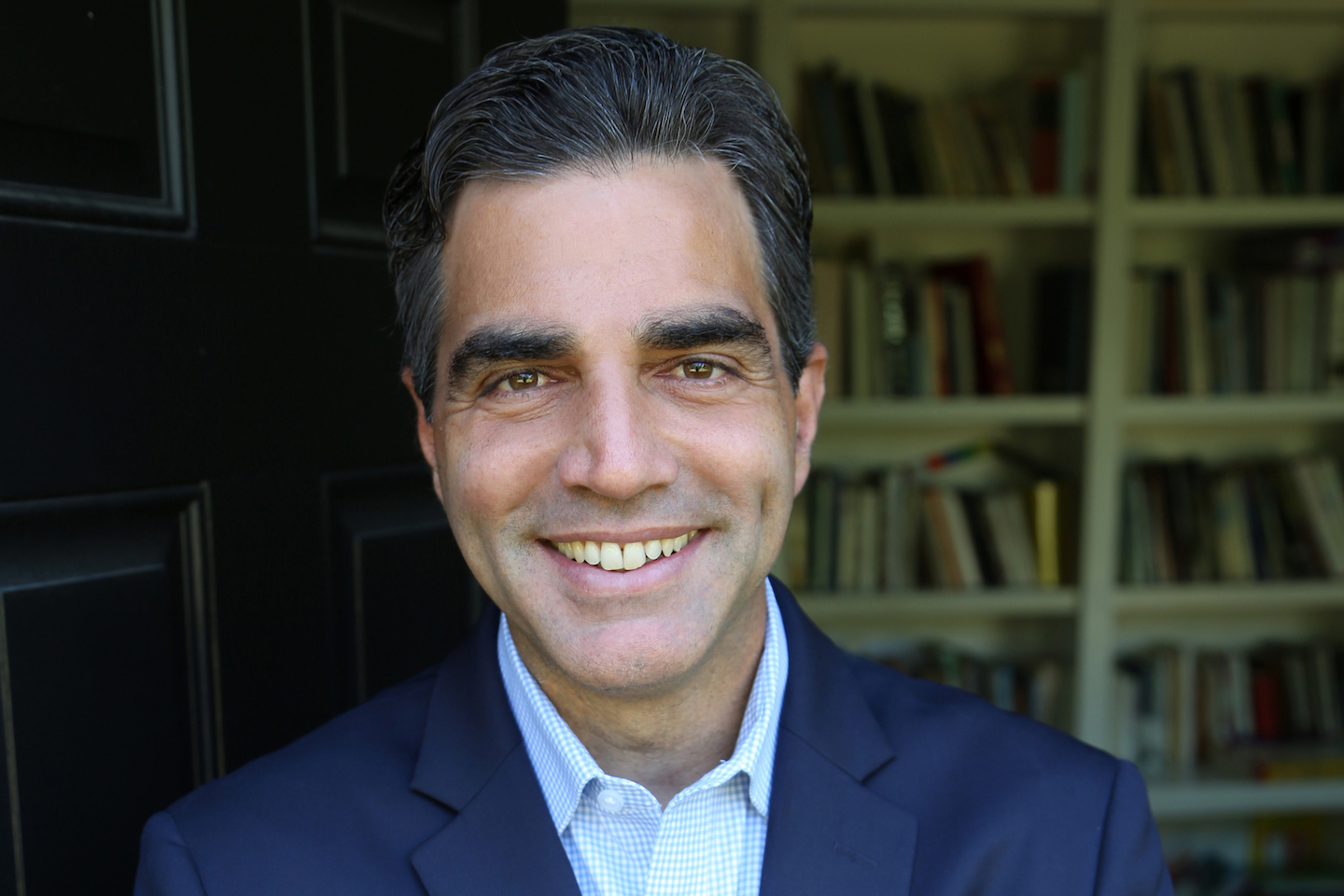 Joseph Luzzi. Photo by Helena Baillie
Bard College Professor of Comparative Literature Joseph Luzzi has been selected for a Public Scholars award in the amount of $60,000 by the National Endowment of the Humanities (NEH) in support of his book project, Brunelleschi’s Children: How a Renaissance Orphanage Saved 400,000 Lives and Reinvented Childhood. The NEH Public Scholars award funds well-researched books in the humanities aimed at a broad public audience. Luzzi’s grant supports researching and writing a cultural history of the Hospital of the Innocents in Florence, Italy, an exceptional institution for the care and protection of abandoned children and a notable example of both early Italian Renaissance architecture and the power of Renaissance humanist principles, from 1419 to the present.

“I am deeply honored and grateful for this generous grant from the NEH,” says Luzzi. “This support will enable me to tell the dramatic story of how the Hospital of the Innocents saved the lives of so many children while also reflecting the remarkable cultural and creative developments that were transforming Florence into a center of the European Renaissance. I am especially committed to exploring how these discoveries made by the Hospital of the Innocents centuries ago can be a vital source for our own understanding of childhood today.”

The “Innocenti,” as the hospital is called, originated as a home for babies and children born “out-of-wedlock” or who could not be raised by their parents due to illness, poverty, or other reasons. Initiated by a charitable bequest from philanthropist Francesco di Marco Datini, the orphanage was one of the first major architectural commissions of Filippo Brunelleschi, a pioneer of Renaissance architecture who also engineered the Duomo, the massive cupola of the Florence Cathedral. One of the most recognizable buildings in all of Florence, the Innocenti is known for its dignified and compassionate design.

From its opening until 1875, the Innocenti rescued more than 400,000 abandoned children from starvation, exposure, and other threats, offering them care that went beyond mere physical protection. The Innocenti’s pedagogical practices revolutionized childhood educational curricula, moving away from being primarily religious towards a more humanistic understanding, grounded in a rediscovery of the morals, values, beliefs, and cultural forms of ancient Greek and Roman worlds. The foundlings were taught music and the arts, previously reserved for the Florentine elite, and “unwanted” girls were taught a trade and provided with a dowry, so that they could enjoy economic independence or find suitable marriages. In the 19th century, the Innocenti modernized medical science to create the conceptual underpinning for the birth of the field of pediatrics as a viable scientific discipline. To this day, Andrea della Robbia’s high-relief, glazed blue figures of swaddled babies that have adorned the façade of the Innocenti since 1487 are still the inspiration for the American Academy of Pediatrics insignia.

With the support of the NEH Public Scholars award, Luzzi will conduct research, travel, and writing leading towards the publication of a comprehensive history of the Innocenti and its groundbreaking impact over six centuries. Brunelleschi’s Children: How a Renaissance Orphanage Saved 400,000 Lives and Reinvented Childhood will be the first deeply researched, nonfiction book on the Hospital of the Innocents, and the first work to combine the history of childhood and children, children’s rights, and Renaissance Studies, encapsulating rich analysis on the history of art, architecture, medicine, and Italian culture and society.