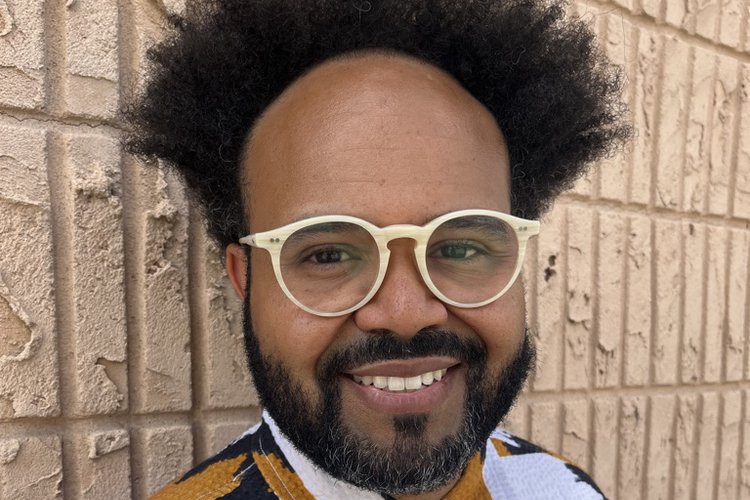 Peter L’Official.
Peter L’Official, associate professor of literature and director of the American Studies Program at Bard College, has won a Rabkin Prize of $50,000 for his work in visual art journalism. L’Official is one of eight visual art journalists to receive a Rabkin Prize from the Dorothea and Leo Rabkin Foundation. Jurors for this sixth cycle of awards were: Eric Gibson (Arts in Review editor of the Wall Street Journal), Sasha Anawalt (Professor Emerita of Journalism at USC Annenberg School for Communication and Journalism), and Paul Schmelzer (Founder of The Ostracon: Dispatches from Beyond Contemporary Art’s Center).

“I am humbled to be recognized among such a brilliant group of fellow recipients by the Rabkin Foundation. Thank you to the jurors, the anonymous nominators, the Rabkin Trustees, and—most especially—to all the editors and writers and readers who make the work of arts criticism both possible and worthwhile,” said L’Official.

Peter L’Official (he/him) is a writer, arts critic, and teacher of literature and American studies from The Bronx, NY. He is an associate professor in literature and director of the American Studies Program at Bard College in Annandale-on-Hudson, NY, where he teaches courses in African American literature and culture, twentieth- and twenty-first century American literature, and on how the visual arts intersect with literature, place, and architecture. He is also the project coordinator for “Rethinking Place: Bard-on-Mahicantuck,” a grant supported by the Mellon Foundation “Humanities for All Times” Initiative.

L'Official is the author of Urban Legends: The South Bronx in Representation and Ruin, published by Harvard University Press in 2020. His writing has appeared in Artforum, The Believer, The Los Angeles Review of Books, The New Yorker, The Paris Review Daily, The Village Voice, and other publications, and he is on the editorial board of The European Review of Books. He has written catalogue essays for exhibitions by artists such as Carl Craig and Becky Suss, and his next book project will explore the intersections of literature, architecture, and Blackness in America. L’Official has a B.A. in English from Williams College, and an M.A. in Journalism from New York University’s Cultural Reporting and Criticism program. He received his Ph.D. in American studies from Harvard University, and was formerly a fellow at the Charles Warren Center for American History at Harvard University in 2014-15.

Now in its sixth cycle, the Rabkin Prize started in 2017. To date, the Dorothea and Leo Rabkin Foundation has given a total of $2,775,000 to individual art writers. The award program is by nomination only. A distinguished group of 16 nominators, working in the visual arts in all parts of the country, provided the list of potential winners. The nominators were asked to identify, “The essential visual art journalist working in your part of the country.” Candidates for the award submitted two recent published articles and a brief curriculum vita. Writers can be re-nominated and are eligible until they win a Rabkin Prize. This is an annual program and a central initiative of the foundation.