Beyond Flora and Fauna: Professor Kaishian Explains Why It's Time to Include Fungi in Global Conservation Goals 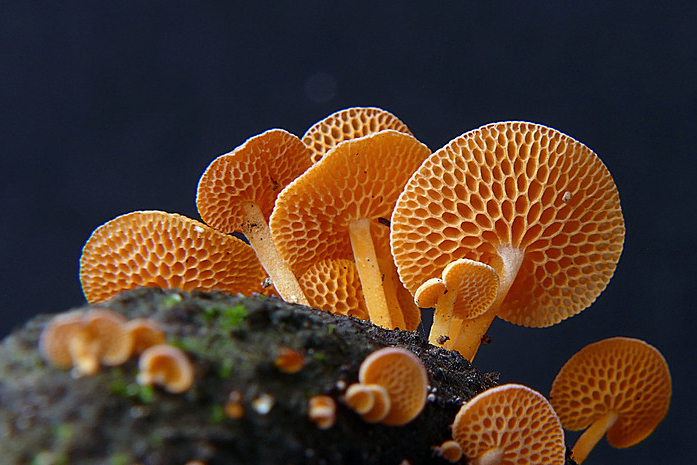 Favolaschia calocera (Orange Pore fungus). Photo by Bernard Spragg
For The Conversation, Patricia Kaishian, visiting assistant professor of biology, and two colleagues write: “As mycologists whose biodiversity work includes studying fungi that interact with millipedes, plants, mosquitoes and true bugs, we have devoted our careers to understanding the critical roles fungi play. These relationships can be beneficial, harmful or neutral for the fungus’s partner organism. But it’s not an overstatement to say that without fungi breaking down dead matter and recycling its nutrients, life on Earth would be unrecognizable.”

Climate change threatens the estimated 2 to 4 million species of fungi, of which the majority still have not been scientifically classified and yet are known to play a vital role in ecosystems. “Fungi are forming important networks and partnerships all around us in the environment, moving resources and information in all directions between soil, water and other living things. To us, they exemplify the power of connection and cooperation – valuable traits in this precarious phase of life on Earth.”

Read more on The Conversation