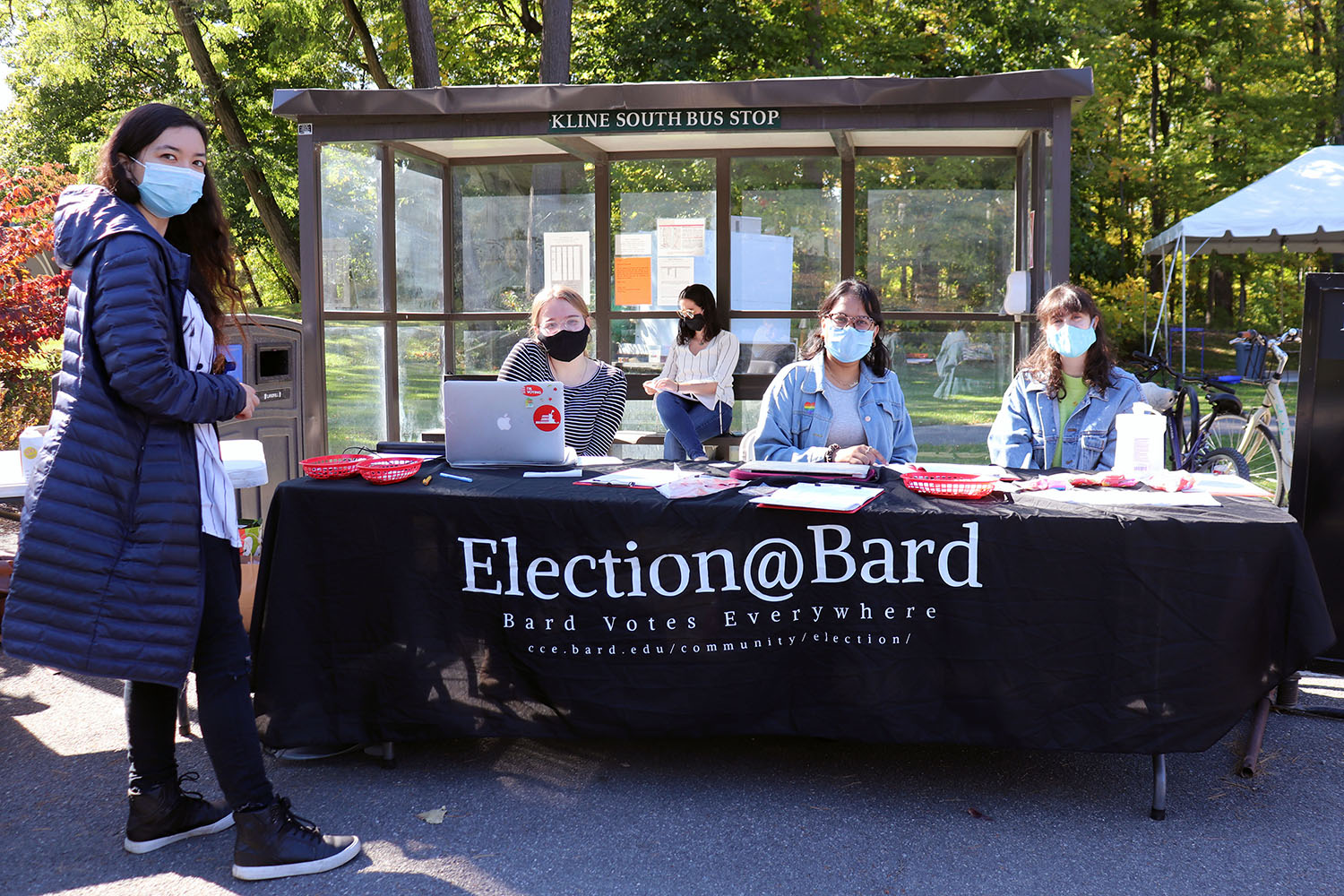 On Friday, October 23, Dutchess County Supreme Court Judge Maria Rosa ordered the Town of Red Hook’s District 5 polling site moved from St. John the Evangelist Church to the Bard College campus. The ruling came in response to a motion for reconsideration following a court filing by student and staff plaintiffs at Bard and the Andrew Goodman Foundation.

“This is a great victory for youth voters on the 50th anniversary of the 26th amendment, which reset the voting age to 18. It’s also a victory for all voters and poll workers in the district, who will be able to vote and work safely on November 3,” said Jonathan Becker, executive vice president of Bard.

The petition turned on the safety and accessibility of the existing polling site, which was small, did not comply with the Americans with Disabilities Act, could not be adapted for COVID-19 safety, and was largely inaccessible to the 70% of District 5 voters who reside on or near Bard College.

The College’s focus on safety during the pandemic offers an advantage for voters in District 5. The campus will be accessible to all voters in the district on Election Day, and the campus will apply its safety protocols as it has throughout the year. “It is important to underline that the Bard campus is and has remained open for essential civic activities, including voting,” said Becker. “Our Campus Center is a discrete facility and voters will use a designated entrance, adjacent to handicap parking, that will be for voters only. We will only have essential activities take place in the Campus Center on election day and Bard Security and volunteers from the Center for Civic Engagement will be on site to ensure that voters are guided to the correct location and are able to remain separate from the other activities on campus.”

“The Dutchess County Board of Elections has a twenty-year history of intentionally discriminating against student voters. So much so, that the Board is willing to put voters’ and poll workers’ lives at risk by forcing District 5 to vote in a location that itself acknowledges that it is unsafe due to the pandemic,” remarked Yael Bromberg, Chief Counsel for Voting Rights with The Andrew Goodman Foundation and co-counsel on the brief. “On the eve of the 50th anniversary of the Twenty-Sixth Amendment, which outlaws age discrimination in access to the ballot, and on the 30th anniversary of the Americans with Disabilities Act, the BOE’s actions necessarily remind us that we must vigilantly protect the fundamental right to vote. I commend the generations of Bard College students who paved the way for this win. We stand alongside them in protecting the future that they will inherit.”

The ruling comes after more than two decades of Bard students fighting for the right to vote and to do so in a fair and equitable manner. “We hope this is the last chapter in the history of efforts to suppress student voters at Bard. We are also reminded of the travails that voters across the country face as officials and political parties attempt to impede citizens from exercising the most central of their rights,” Becker said. “We thank our colleagues at the Andrew Goodman Foundation, Venable LLP, and Bromberg Law LLC for their support and congratulate all of the Bard students who have worked tirelessly on behalf of student voting rights.”