Creative Process in Dialogue: Art and the Public Today 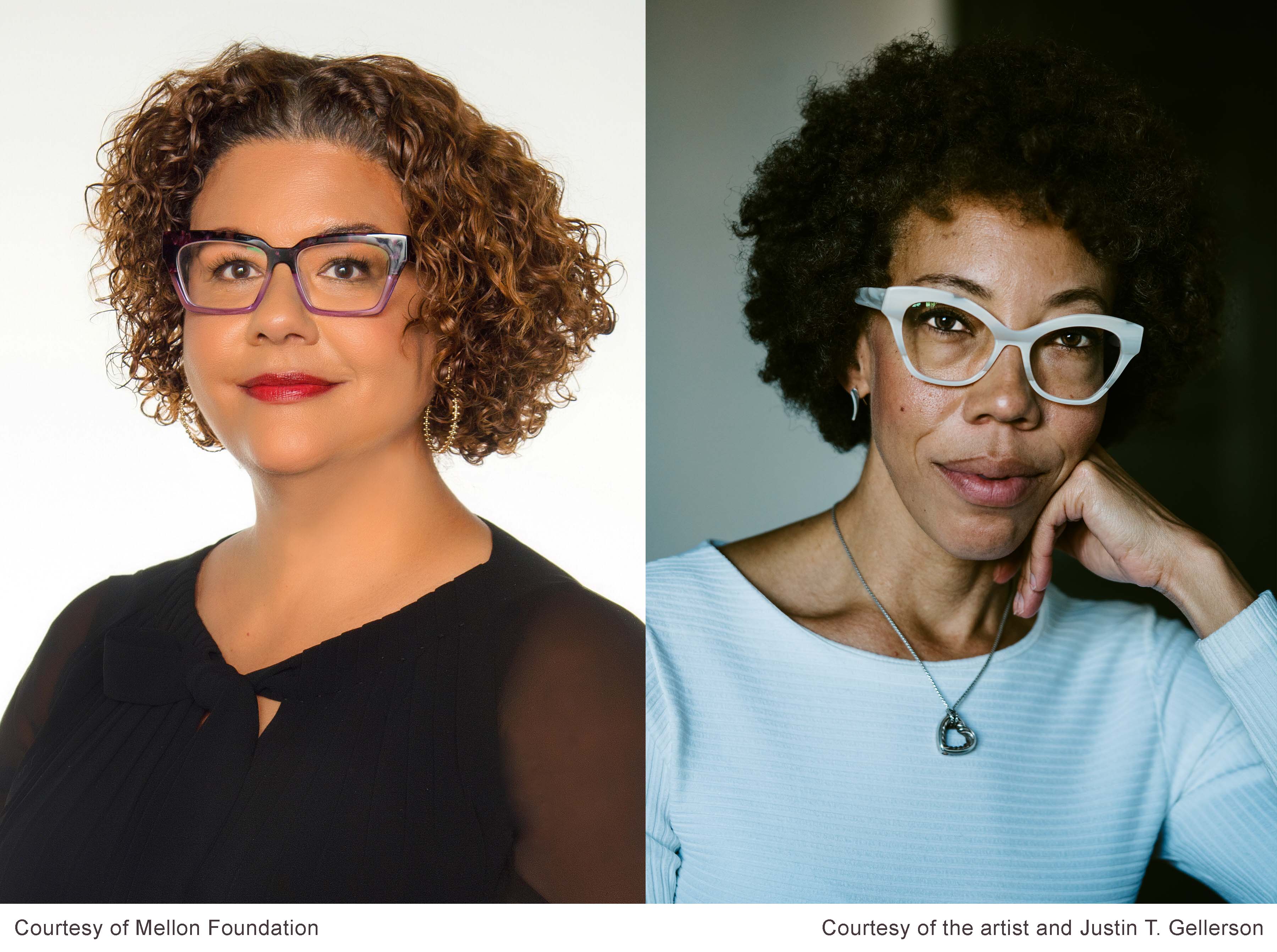 Bard High School Early College Manhattan (BHSEC) hosts a discussion with poet Elizabeth Alexander and painter Amy Sherald about their creative processes and their commitments to the humanities. This public conversation seeks to diversify perspectives on the arts disciplines and to offer models for collective and inclusive community dialogues. The event is free and open to the public. It takes place on Wednesday, October 31, from 6:30pm to 8:00pm at BHSEC on 525 East Houston Street in New York City. Preregistration is required. Register here. A live webcast of the event will also be available.

Poet and president of The Andrew W. Mellon Foundation Elizabeth Alexander and painter Amy Sherald have both produced works critical to marking and reflecting on recent periods of political and social change in the United States. Alexander wrote and recited the poem “Praise Song for Our Day” to usher forward the presidency of the first black American president, Barack Obama, and Sherald painted the official portrait of the first lady, Michelle Obama, one of two works to mark the end of the Obama Presidency. Moderators BHSEC literature professor Brittney Edmonds and Bard Associate Professor of History Christian Crouch will ask Alexander and Sherald four contextualizing questions around the process of patronage and collecting in the arts, artistic practice and black feminism, how their work speaks across artistic media, and how their work engages with the image of body.

“This event, the first of a series, is inspired by an ongoing dialogue within Bard’s Africana Studies Program surrounding race and diversity and social engagement in the visual and performative arts. We hope to create the opportunity for public dialogue around creative artistic practice and the humanities, and how artists engage their audience and broader community,” says Director of Africana Studies at Bard and Assistant Professor of Africana and Historical Studies Drew Thompson.

On Thursday, November 1, from 12:45pm to 2:00pm, Amy Sherald will be in conversation with curator Thelma Golden at Bard at Brooklyn Public Library (BPL), the first New York City Microcollege. In this inaugural Bard at BPL Lunch Hour Talk, Golden and Sherald discuss an understated aspect of the creative process: the relationship between curator and artist. Golden, director and chief curator of the Studio Museum in Harlem, has presided over exhibitions in which painter Amy Sherald’s works were included and was involved in the selection of Sherald to paint the portrait of former first lady Michelle Obama for the Smithsonian National Portrait Gallery. The event is free and open to the public. It takes place at BPL Central Library, Dweck Center, 10 Grand Army Plaza, Brooklyn. Preregistration is required. Register here.