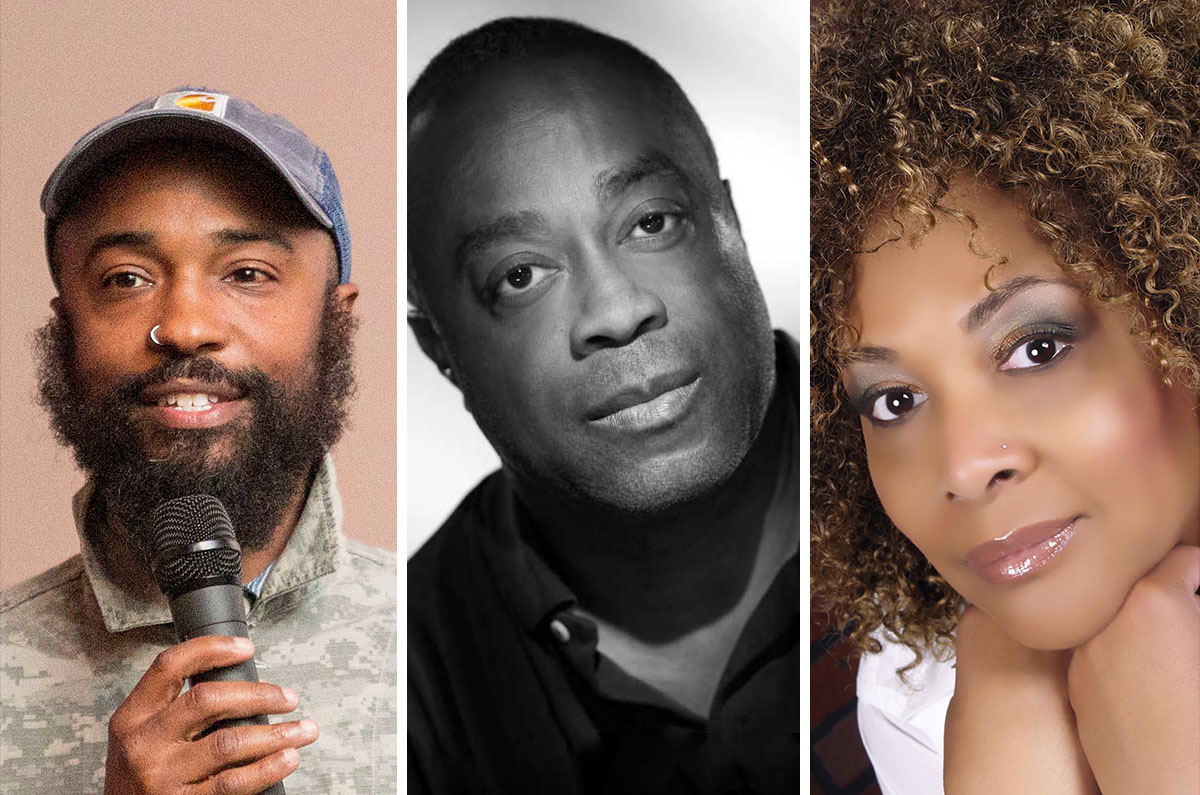 (L-R) Bradford Young, Charles Burnett, and Julie Dash.
Annandale-on-Hudson, New York — On Tuesday, February 4, esteemed filmmakers Charles Burnett, Julie Dash, and Bradford Young will take part in a discussion at Bard College exploring their career trajectories, works, creative processes, and commitments to the humanities. The event is part of a series, “Creative Process in Dialogue: Art and the Public Today,” which seeks to diversify perspectives on the arts disciplines and to offer models for collective and inclusive community dialogues. The discussion is made possible through a 2019 FilmCraft Grant from the Academy Foundation of the Academy of Motion Picture Arts and Sciences and is cosponsored by Bard’s Film and Electronic Arts Program, Center for Civic Engagement, Art History Program, American Studies Program, and Africana Studies Program. The conversation will be moderated by Tabetha Ewing ’89, Social Studies Division chair and associate professor of Historical Studies, and Dariel Vasquez ’17, director of program design and management at Brothers@Bard (BAB). It takes place from 6–8 p.m. in Olin Auditorium (Olin Hall) and is free and open to the public. Registration is required. For more information or to register, click here.

“Through this public dialogue, we hope to highlight the rich forms of black filmmaking that unfold on university campuses and celebrate the extraordinary work of these marvelous and generous practitioners who have not only changed which actors and stories appear on screen but also the ways audiences interpret and use films in their daily lives,” said Director of Africana Studies at Bard and Assistant Professor of Africana and Historical Studies Drew Thompson, organizer of the discussion series. “Ultimately, these conversations between artists aim to inspire underrepresented groups to pursue careers in the visual and performing art and to highlight the productive and impactful ways in which visual and performing artists engage communities. We are excited to welcome old and new community partners, neighbors, and film enthusiasts to campus.”

Burnett and Dash trained in Los Angeles at UCLA; Young is a product of Howard University’s filmmaking program. The impact each filmmaker has had on the others, along with their educational trajectories and the different settings of their films, offer a unique opportunity to reflect on a longer and more nuanced history of filmmaking and film viewing in black American and rural communities.

Charles Burnett is visiting artist in residence at Bard College. His first film was Killer of Sheep, which won numerous honors, and led to other important documentaries, including My Brother’s Wedding and To Sleep with Anger.

Julie Dash is distinguished professor, documentary filmmaking, at Spelman College. She is the first African American woman to have a widely released theatrical film, the award-winning Daughters of the Dust.

Bradford Young is the first African American cinematographer to be nominated for an Academy Award, for his work on Arrival. His other feature films, as director of photography, include When They See Us, Selma, and Solo: A Star Wars Story.
# # #
(1.13.20)