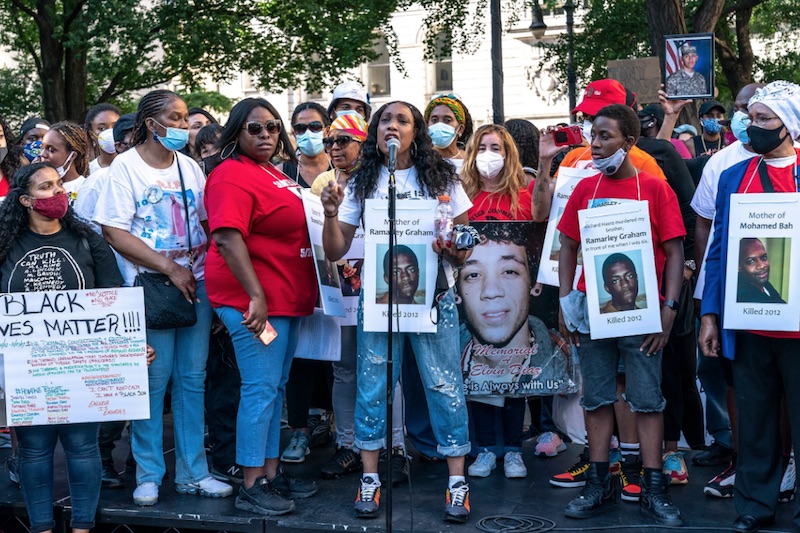 Constance Malcolm, whose son Ramarley Graham was killed in a police shooting in 2012, speaking at a rally against police brutality outside New York's City Hall, in June. Photo by Lev Radin/Pacific Press/ZUMA
“Conti-Cook, who is thirty-eight, has long focused on ways to provide greater transparency on police misbehavior. Her legal efforts, she said, were inspired by her father, Jack Cook, a former college professor who was active with the Catholic Worker Movement and who served two years in prison after he refused military induction during the Vietnam War.”

Full story in the New Yorker