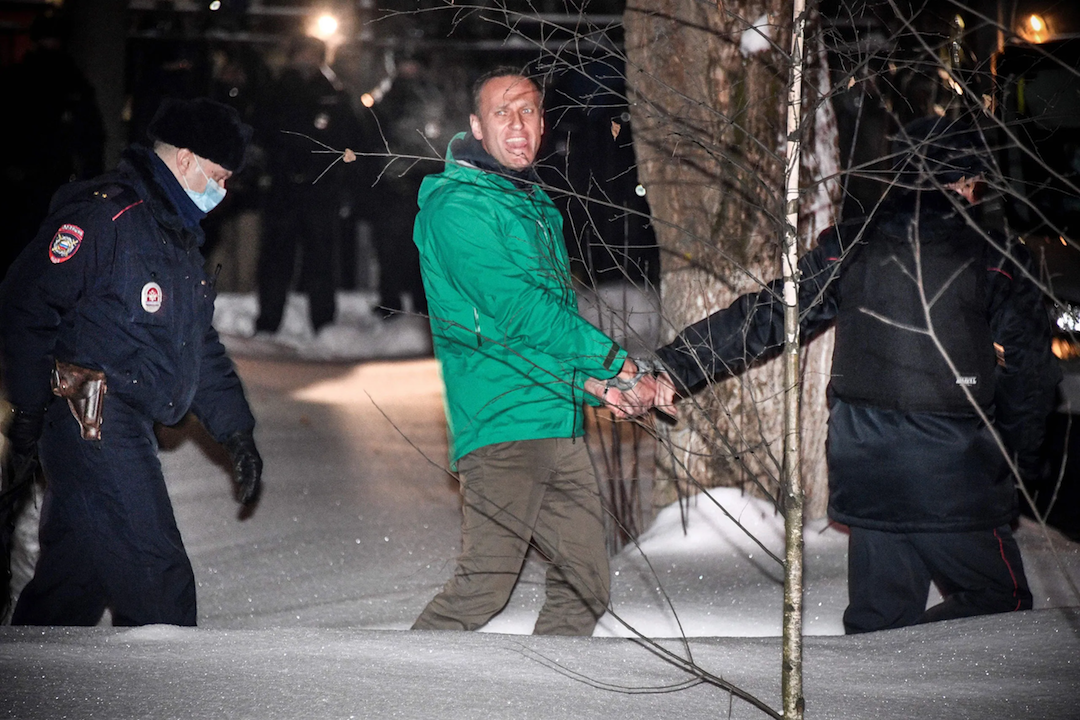 Photograph by Alexander Nemenov / AFP / Getty
“Navalny’s superpower has been his ability to show people what they had always known about the Putin regime but had the option of pretending away,” writes Distinguished Writer in Residence Masha Gessen. “He has shown the depth of the regime’s corruption. He has shown that Putin’s secret police carries out murders. With his return to Russia, he has shown the regime’s utter lack of imagination and inability to plan ahead. He has also shown that, contrary to the Kremlin’s assertions and to conventional wisdom among Western Russia-watchers, there is an alternative to Putin.”