Displaced Afghan Students Adjust to Life in the U.S. at Bard and Other Colleges 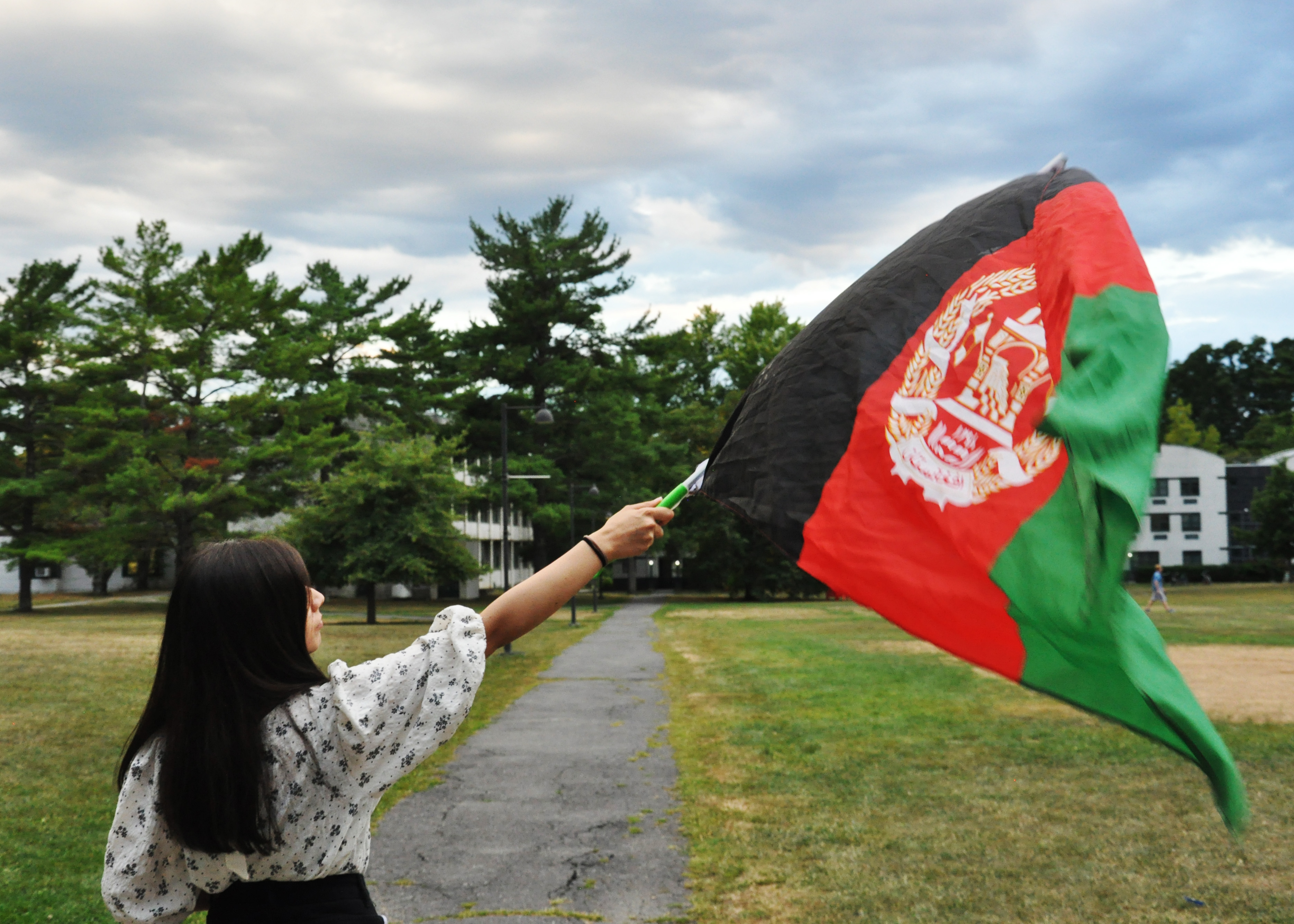 Bard students demonstrate in solidarity with the people of Afghanistan on the anniversary of the Taliban takeover. Photo by Jonathan Asiedu ’24
Bard has admitted approximately 85 displaced Afghan students, the majority of whom are young women whose education was disrupted by the collapse of the U.S.-backed Afghan government last August. Forty-four have already begun their semesters, and others are still in third countries awaiting visas to move to the United States in coming semesters. “Resiliency is certainly a characteristic that they all have, and they would not be here without that,” says Jennifer Murray, the dean of international studies at Bard. “I think there’s ambition and absolute dedication to their families, and, of course, there’s a lot of sadness and trauma.”