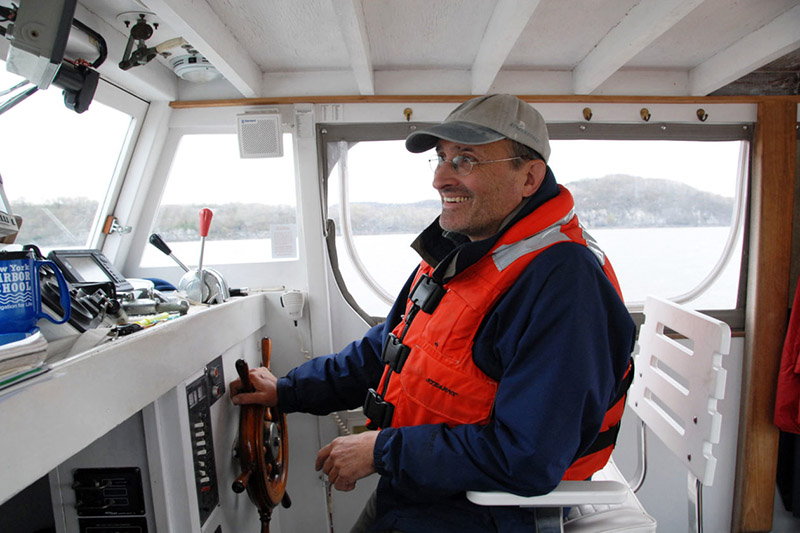 John Lipscomb, of the Riverkeeper conservation group, aboard the Ian Fletcher. Photo courtesy Riverkeeper
Plans to build barriers in New York Harbor were set in motion by Superstorm Sandy, which in 2012 barreled up the East Coast, killing 72 people in the Mid-Atlantic and Northeast and causing $65 billion in damage. To protect the metro area’s people and property from future Sandys, the U.S. Army Corps of Engineers has devised five possible schemes for erecting walls to hold back the sea during future catastrophic storms. But environmental advocates say such storm surge barriers will do nothing to shield against expected sea level rise from climate change and—judging by the impact of barriers elsewhere—may even destroy the ecological integrity of harbors they’re meant to protect. Science/nature writer and Bard alumna Elizabeth Royte ’81 talks to stakeholders on both sides of the debate.