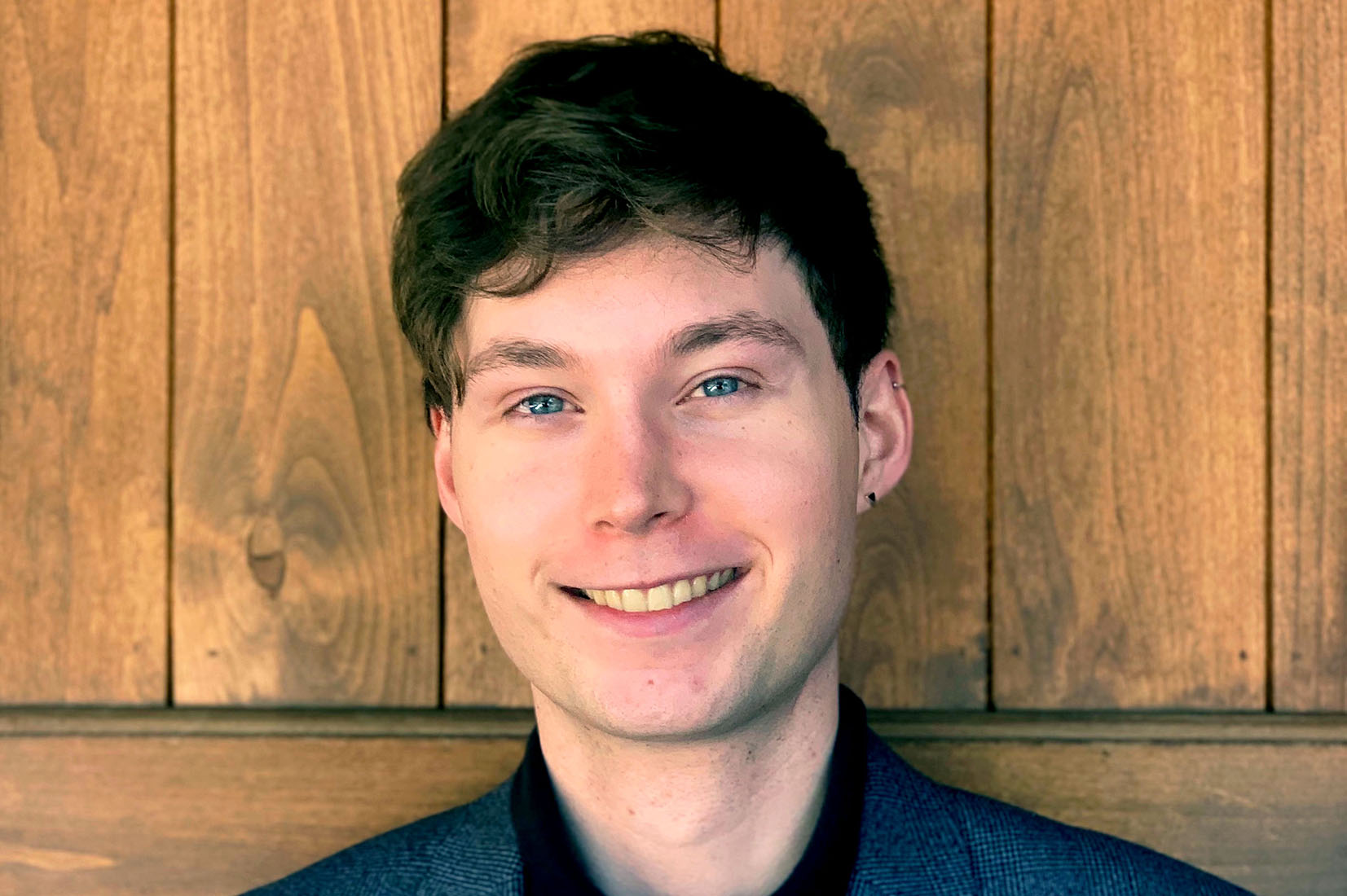 Evan Tims ’19
The Henry Luce Foundation announced today that Evan Tims ’19 has been named a 2021–22 Luce Scholar. The Luce Scholars Program is a nationally competitive fellowship program launched by the Henry Luce Foundation in 1974 to enhance the understanding of Asia among potential leaders in American society. Tims is one of 18 finalists (chosen from among 164 semifinalists from over 70 participating colleges and universities) selected for the new class of Luce Scholars. After working with Luce in the coming months to choose the organization and country in Asia where he will be placed, he plans to explore the field of climate justice, relationships between nature and culture, and the future-oriented practices of social change, as well as write stories and novels that explore the changing global environment.

“My focus is on finding ways to address the climate crisis through interdisciplinary and intersectional leadership. Despite the unique challenges of COVID-19 this year, I believe that global connectivity and understanding are more critical than ever.” said Tims. “I’m grateful to Luce for the opportunity to follow my curiosity and passion in a completely new sociocultural and geographic context. Given the necessity for international collaboration in combating the climate crisis, Luce provides a critical avenue for developing global connection and understanding.”

Evan Tims ’19 is a police misconduct investigator, climate fiction writer, and researcher. Growing up in coastal Maine, he developed an early interest in the relationship between narrative, social justice, and environmental change. At Bard, Tims received a joint BA degree in human rights and written arts, two fields that allowed him to explore formulations of rights and cultural attentiveness to injustice through a variety of lenses. While at Bard, Evan won two Critical Language Scholarships that funded Bangla studies in Kolkata, India. Tims’s Senior Project explored the intersections between climate and social justice using a combination of experimental fiction and academic research. He received the Bard Written Arts Prize and the Christopher Wise Award in environmentalism and human rights for his thesis, which he later published in shortened form in Mapping Meaning: The Journal. His passion for human rights led him to become an investigator for the Civilian Complaint Review Board of New York City (CCRB), the largest police oversight agency in the United States. Tims ultimately hopes to spend his career addressing the social harm engendered by the climate crisis through the perspective of human rights.

About the Luce Scholars Program
The Luce Scholars Program provides stipends, language training, and individualized professional placement in Asia for 15-18 Luce Scholars each year, and welcomes applications from college seniors, graduate students, and young professionals in a variety of fields who have had limited exposure to Asia. The program, open to both U.S. citizens and permanent residents, is unique among American-Asian exchanges in that it is intended for young leaders who have had limited experience of Asia and who might not otherwise have an opportunity in the normal course of their careers to come to know Asia. For more information, visit hluce.org/programs/luce-scholars. Bard students interested in applying to the Luce Scholars Program should contact the Dean of Studies Office at studies@bard.edu.

About Bard College
Founded in 1860, Bard College is a four-year residential college of the liberal arts and sciences located 90 miles north of New York City. With the addition of the Montgomery Place estate, Bard’s campus consists of nearly 1,000 parklike acres in the Hudson River Valley. It offers bachelor of arts, bachelor of science, and bachelor of music degrees, with majors in nearly 40 academic programs; graduate degrees in 11 programs; eight early colleges; and numerous dual-degree programs nationally and internationally. Building on its 161-year history as a competitive and innovative undergraduate institution, Bard College has expanded its mission as a private institution acting in the public interest across the country and around the world to meet broader student needs and increase access to liberal arts education. The undergraduate program at our main campus in upstate New York has a reputation for scholarly excellence, a focus on the arts, and civic engagement. Bard is committed to enriching culture, public life, and democratic discourse by training tomorrow’s thought leaders. For more information about Bard College, visit bard.edu.
# # #
(2/19/21)