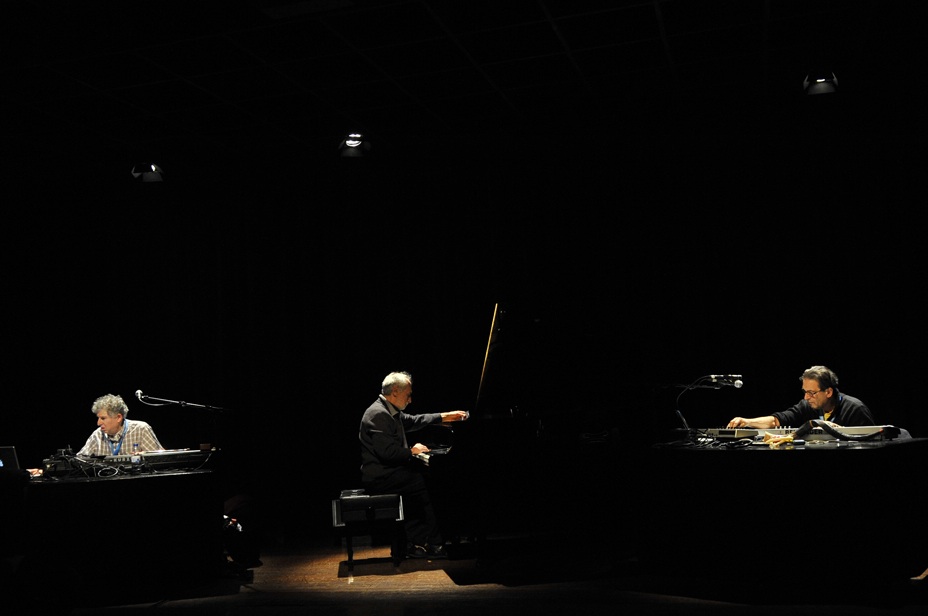 Between October 2nd and 4th the pioneering electronic music group Musica Elettronica Viva (MEV) will be in residence at Bard College. Founded in Rome, Italy in the mid-sixties, mostly by Americans living there then, MEV has since performed several hundred concerts throughout western Europe and North America. The current and founding members are Frederic Rzewski, Alvin Curran and Richard Teitelbaum, who are each noted for their own musical accomplishments as well.

On Tuesday Oct 2 from 6:40-8:30 pm there will be an informal concert of piano music by Frederic Rzewski, Alvin Curran, Blair MacMillen and his students. The program will be included "Winnsboro Cottonmill Blues" etc. at Blum Hall.

On Wednesday October 3 at 6:30 a "Talk with MEV" will be held, moderated by Marina Rosenfeld, in Blum Hall.

On Thursday October 4th they will present a concert in Olin Auditorium at 8 PM.

You can contact Richard Teitelbaum at [email protected] for more information.

The Residency is jointly sponsored by the Bard Music Department, The Thendara Foundation and the Henry Cowell Experimental Music Fund at Bard.