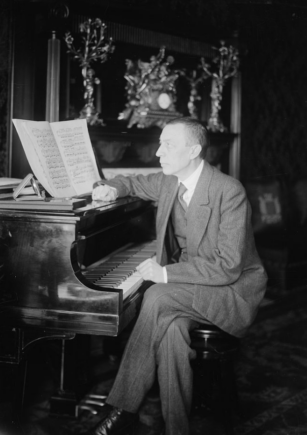 As Bard’s Scholar-in-Residence, Philip Ross Bullock, discovers in a concert with commentary many of the composer’s songs were inspired by women. He dedicated them variously to Vera Skalon, his teenage sweetheart; Anna Ladyzhenskaya, with whom he became infatuated; Natalya Satina, the cousin he would defy the church to marry; Mariya Olferyeva, his brother’s common-law wife; and Antonina Nezhdanova, the great soprano who not only premiered his famous Vocalise, but collaborated closely on its creation.