Francine Prose: Trump's macho bravado is an embarrassment. Yet it puts us all in danger. 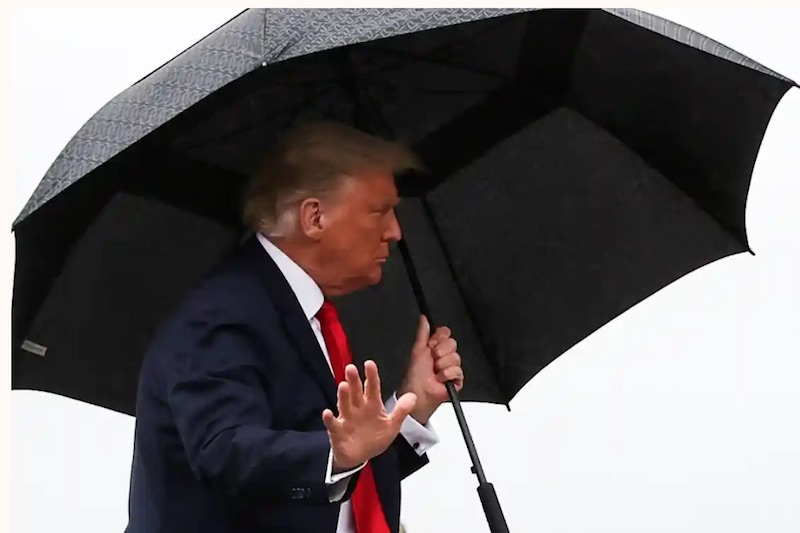 “The speed with which Trump checked out of the hospital and tore off his mask was an attempt to impersonate an invincible, heroic force.” Photo by Jonathan Ernst/Reuters
Trump is determined to be a manly man at all costs—even if it means encouraging the American people to not wear masks, writes Prose in the Guardian. “Like so many of our problems, poisonous masculinity didn’t start with Trump, nor will it vanish when he leaves office. Let’s say, it’s been around. There’s no doubt that things are better for (some) women than they were in the 1950s, when doors were slammed in women’s faces, when there was pressure to stay home, raise the kids, bake the best apple pie. But Trump reminds us daily that misogyny remains.”

Read more in the Guardian