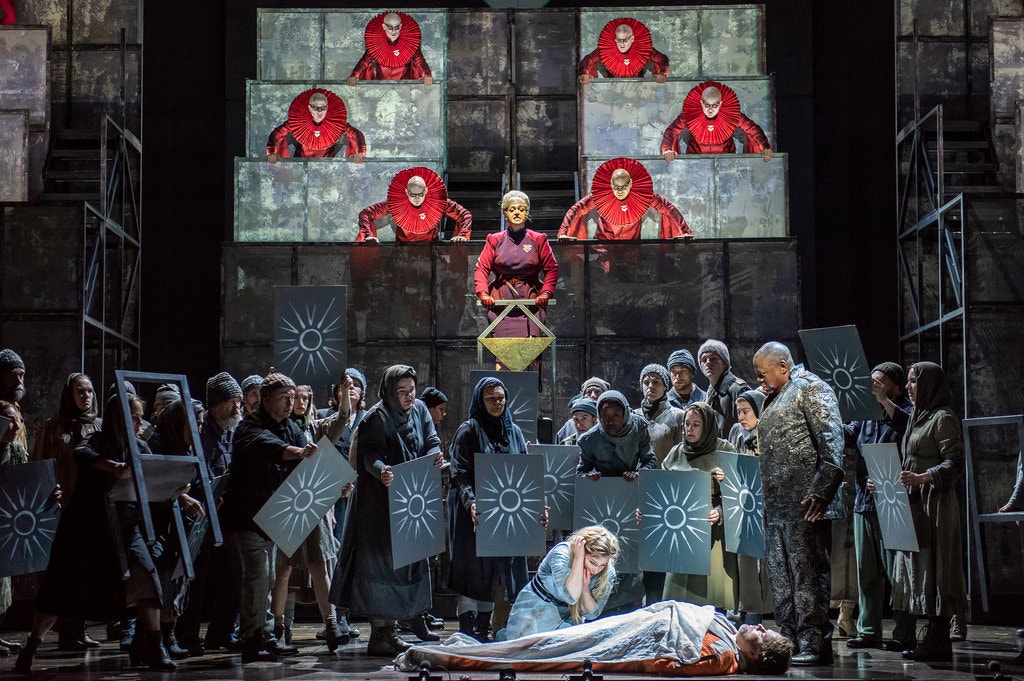 Erich Wolfgang Korngold’s Das Wunder der Heliane had its American premiere in 2019 at Bard SummerScape. Photo by Stephanie Berger
Erich Wolfgang Korngold’s opera Die Tote Stadt was a hit in 1920. Then it all but disappeared, only to regain its popularity in the 21st century. Bard College President and conductor Leon Botstein discusses the renewed enthusiasm for the composer. President Botstein dived deeply into Korngold’s music at Bard SummerScape last year, and argued in an interview that the opera has benefited from a broader reconsideration of 20th-century music in both academic circles and concert halls. “It’s great that Die Tote Stadt is making a comeback,” he observes. “But this represents just the tip of the operatic iceberg.”