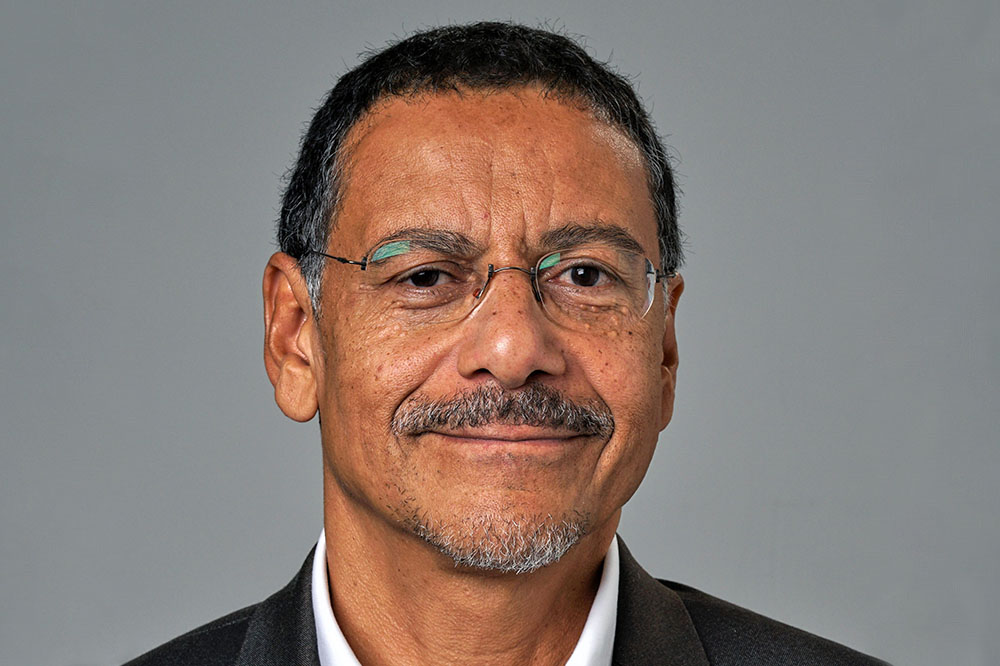 Kobena Mercer
Bard College is pleased to announce the appointment of Kobena Mercer as the Charles P. Stevenson Chair in Art History and the Humanities, a joint appointment between the Art History and Visual Culture Program in the undergraduate College, and the Center for Curatorial Studies (CCS). Mercer, who comes to Bard from Yale University, will assume his faculty position in fall 2021.

“We are delighted that Kobena Mercer has chosen to accept the Stevenson professorship,” said Bard College President Leon Botstein. “It is an honor to have as distinguished a scholar and teacher as Professor Mercer, whose wide-ranging work spanning the arts and humanities feels crucial to Bard’s mission, as a member of our undergraduate and graduate faculties.”

“I am honored beyond words to be coming to Bard, which is renowned worldwide for its interdisciplinary excellence,” said Mercer. “Not only have I found the best home for my scholarship, which cuts across Art History, Black Studies, and Cultural Studies, but I am also looking forward to collaborating with Bard’s innovative arts and humanities programs to further grow a liberal arts education that is critically responsive to the urgent questions we face today.”

“Mercer joining the faculty of the Center for Curatorial Studies, Bard College, is momentous for the graduate program. His luminary scholarship has fundamentally shaped our fields of focus and his writing is already essential to our curriculum,” said Lauren Cornell, director of the graduate program at CCS Bard. “He is one of the leading figures of Cultural Studies, Art History, and Black Studies, and it is an enormous privilege that his perspective will be available firsthand to CCS graduate students.”

Kobena Mercer teaches modern and contemporary art in the Black Atlantic, examining African American, Caribbean and Black British artists with critical methods from cultural studies. His work has significantly transformed current thinking about art and identity. Welcome to the Jungle: New Positions in Black Cultural Studies (1994), his first book, was a groundbreaking contribution to multiple fields, bringing a Black British perspective to wide-ranging cultural forms that arose from the volatile transformations of the 1980s. This collection of essays was followed by influential studies on artists including Romare Bearden, Keith Piper, Isaac Julien, and James VanDerZee.  Throughout his career, Mercer’s research has illuminated the art of our time through evolving frameworks and subjects. His recent essay collection, Travel & See: Black Diaspora Art Practices since the 1980s (2016), examined artists such as John Akomfrah, Renée Green, and Kerry James Marshall, showing how Black artists contributed to art’s transformation in an age of globalization. He edited and introduced Stuart Hall’s The Fateful Triangle: Race, Ethnicity, Nation (2017), and prior to that he conceived and edited the Annotating Art’s Histories series, published by MIT, whose titles are Cosmopolitan Modernisms (2005), Discrepant Abstraction (2006), Pop Art and Vernacular Culture (2007) and Exiles, Diasporas & Strangers (2008). Over the last few years his exhibition catalogue contributions include Wilfredo Lam at Centre Pompidou, Frank Bowling at Haus der Kunst, Adrian Piper at Museum of Modern Art, New York, and Theaster Gates at Tate Liverpool. His forthcoming book is Alain Locke and the Visual Arts, published by Yale University Press in 2022.

A prolific and dedicated teacher, Mercer has taught at Yale University, New York University, University of California Santa Cruz and Goldsmiths College, University of London, where he earned his PhD. Educated in Ghana and England, he is an inaugural recipient of the Clark Prize for Excellence in Arts Writing, awarded by the Sterling and Francine Clark Art Institute in 2006.
# # #
2/17/21