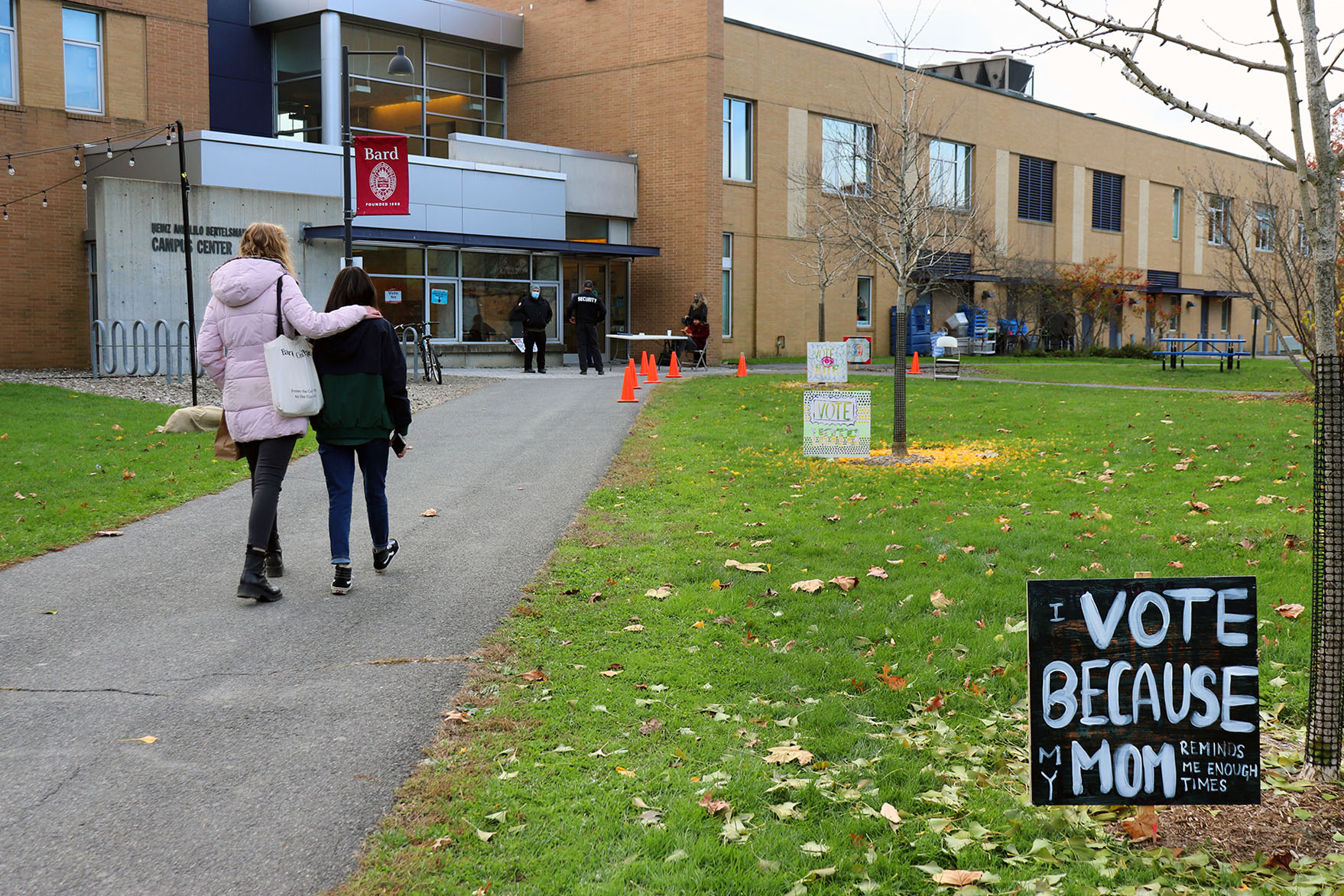 ANNANDALE-ON-HUDSON, NY — As a part of the new budget, the New York State Legislature and Governor Kathy Hochul have passed legislation to mandate polling places on college campuses with 300 or more registered students or at a nearby site proposed by the college. The legislation will also prevent the division of college campuses into multiple voting districts.

“The legislation is critical, because it will stop practices designed to suppress student voting, including situating polling in locations that are difficult to access and dividing campuses into multiple districts,” said Jonathan Becker, Executive Vice President of Bard College and Director Bard’s Center for Civic Engagement. “It means that New York college students can now focus more on whom they should vote for rather than whether they can vote. We hope it will set a precedent for other states to follow.”

The legislation, based on New York Bill A454/S4658, was supported by the coalition Let New York Vote, uniting groups like GenVote, NYPIRG, Citizens Union, and Common Cause, as well as representatives from The Andrew Goodman Foundation and Bard College; the latter two have worked together on voting rights at Bard for a decade. Today’s statewide legislative victory is a direct result of 2020 and 2021 lawsuits filed by The Andrew Goodman Foundation and Bard College to bring a polling place to campus. The experience of generations of Bard students, many of whom have served as Andrew Goodman Ambassadors, in battling voter suppression efforts by the Dutchess County Board of Elections was central to the arguments for the need for a statewide legislative fix.

"This recent win in the New York State Legislature is not just a win for civic engagement but also a win for accessibility. With its passing, Bard students and students across most New York State college campuses will be afforded access to their ballot. Although this is a huge win, the fight is not over. As students, we must stay vigilant in the battle for voting rights and access, as well as all the issues in between. We must continue to urge our elected officials to work for us, not against us. This win is a product of this continued push," said Aleksandar Demetriades '25, [email protected] student leader and Andrew Goodman Ambassador.

"I'm so excited to see this victory, after years of student voter advocacy across the state. As a Bard alumna, I'm happy that I could continue the fight that my peers (and those who came before us) worked on. But again, there's more work to be done. We look forward to continuing the fight to make sure elections are as accessible as possible," said Sarah deVeer '17, Outreach Coordinator, Center for Civic Engagement and Andrew Goodman Campus Champion.

“As a named plaintiff in our previous lawsuit and as a poll worker, I'm grateful that the New York State legislature has passed this groundbreaking legislation. Youth voters want to vote. It is not true that they are apathetic. It is true that lack of access to the polls is a barrier. This legislation helps New York move the needle on realizing the potential of the 26th Amendment and hopefully acts as an example for other states to take the next step,” said Erin Cannan, Bard College Vice President of Civic Engagement and Andrew Goodman Campus Champion.

“After our successful litigation, twice, on behalf of Bard College, its students, and its University President, the State of New York now sends a call that should resonate across the nation: college campuses – central locations where a protected class of voters studies, works, eats, and lives – are uniquely situated to serve as polling locations,” said Yael Bromberg, Chief Counsel & Strategic Advisor for The Andrew Goodman Foundation. “The Andrew Goodman Foundation  equips our student ambassadors and campuses with critical, deep resources to help them organize, advocate, learn, and only when necessary, litigate. Our research has found that the availability of on-campus polling locations is among the most impactful electoral mechanisms in boosting youth turnout. Fifty years ago, this nation came together across partisan lines to ratify the Twenty-Sixth Amendment and protect access to the ballot free of age discrimination. The Andrew Goodman Foundation has worked to secure polling locations on campuses across the nation, from Florida to Arizona, and many more, and we will continue to do so, now heartened by this new path-breaking statewide win.”