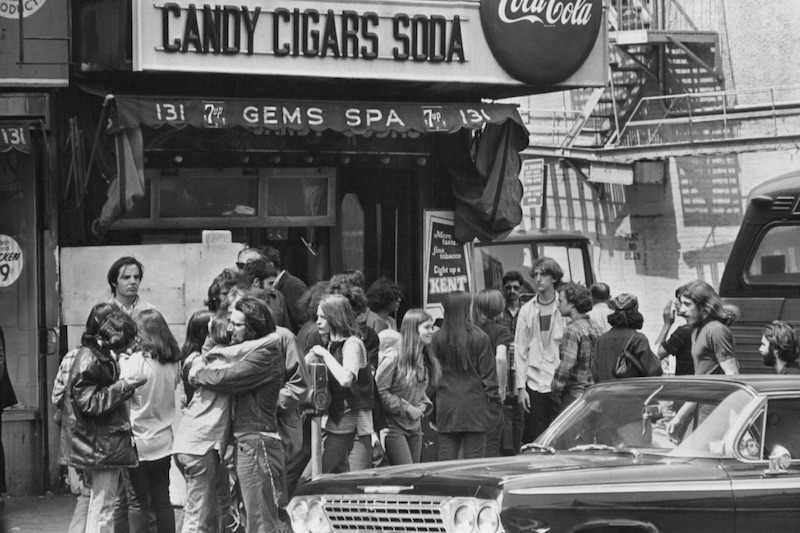 The scene outside Gem Spa, a newsstand known for its egg creams, in 1969. Meyer Liebowitz/The New York Times
“For me, puberty was rock ’n’ roll and Ginsberg’s ‘Howl,’ and the Lower East Side was the logical place to find that culture,” says Sante whose new collection, Maybe the People Would Be the Times, explores his experiences living and working in the Lower East Side. “When I arrived in the neighborhood, the contrast was palpable between newfangled hippie businesses, which had only been going on for five years at the most, and the older, working class businesses. You had hippie boutiques side by side with Ukrainian social clubs and Polish pork stores. . . . I lived in an apartment between First Avenue and Avenue A, across the street from a Polish bar with a jukebox heavily laden with Bobby Vinton.”