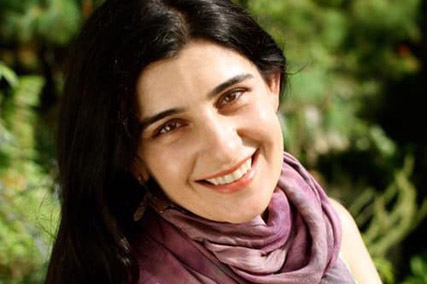 ANNANDALE-ON-HUDSON, N.Y.—The Bard Globalization and International Affairs Program (BGIA) in New York City is pleased to announce that author and journalist Meline Toumani will teach its Writing for International Affairs course this fall. Toumani’s first book, There Was and There Was Not: A Journey Through Hate and Possibility in Turkey, Armenia, and Beyond, was a finalist for the National Book Critics Circle Award and the Dayton Literary Peace Prize. BGIA’s Writing for International Affairs course explores how journalism intersects with human rights, conflict, economic development, climate change, culture, and current events generally. It also examines the changing media landscape such as the rise of social media, the perspectives of journalism from different parts of the world, and how the media influence the conduct of international relations. Students will acquire an understanding of the issues animating current media coverage of global affairs, and also will learn how to write for a wide variety of audiences in different formats and on diverse topics.

“This is a foundational course for the program,” said James Ketterer, academic director of BGIA and dean of international studies at Bard College. “We are thrilled to have Meline Toumani join the BGIA faculty and bring her experience and expertise to the program, as an accomplished writer and reporter as well as a teacher.”

Meline Toumani has worked as a journalist, editor, and professor of journalism and creative writing in the U.S. and abroad. She has written about politics, ideas, books, and music for the New York Times, Harper's, The Nation, n+1, Salon, Boston Globe, Newsday, GlobalPost, The National, and Travel + Leisure, among other publications. From 2002 to 2003 she was the coordinator of NYU's Russian American Journalism Institute in Rostov-on-Don, Russia, and in 2007 was a journalism fellow in residence at the Institute for Human Sciences in Vienna. From 2007 to 2009 she lived and worked in Turkey as a foreign reporter, and has also filed stories from Armenia and Georgia. She has held staff editorial positions at The New York Times Magazine, KQED Public Media, and GreatSchools.