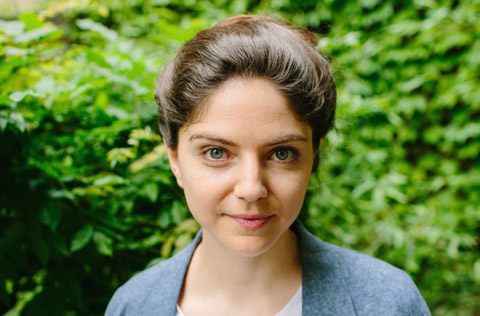 ANNANDALE-ON-HUDSON, N.Y.— A new study coauthored by Bard College Assistant Professor of Philosophy Kathryn Tabb in the journal Nature Human Behaviour, finds that people consistently rated antisocial behavior as less genetically influenced than prosocial behavior. In their paper, “Asymmetrical genetic attributions for prosocial versus antisocial behaviour,” Tabb and her coauthors write that their findings were replicated across six studies using a range of stimuli that described a variety of prosocial and antisocial behaviors. This was true regardless of whether genetic explanations were explicitly provided or refuted. Their analysis suggested that this asymmetry may stem from people’s motivating desire to hold wrongdoers responsible for their actions.

“The asymmetry was present when participants were only given descriptions of behaviour and asked to rate how much of a role genetics played in causing it, without being told anything about the actor’s genetic predisposition; and it persisted even when participants were told explicitly whether the individual in question was genetically predisposed to the type of behaviour exhibited, suggesting that people may remain relatively reluctant to accept even explicit ascriptions of antisocial behaviour to genetics,” write Tabb and coauthors are Paul S. Appelbaum and Matthew S. Lebowitz, both of the Center for Research on Ethical, Legal and Social Implications of Psychiatric, Neurologic, and Behavioral Genetics, Department of Psychiatry, Columbia University Irving Medical Center. “The relative resistance to genetic explanations for antisocial behaviours demonstrated across these studies might help to explain findings from previous studies that indicate that genetic evidence often fails to influence the punishments deemed appropriate for criminal wrongdoing.”

In addition to adding to the substantial body of research suggesting that factors beyond the inherent quality of biological explanations for behavior can influence people’s likelihood of endorsing them, Tabb and her coauthors contend that their findings have specific real-world implications, particularly for situations involving criminal justice. “If people are generally resistant to genetic explanations for antisocial behaviour, including crime, judges and jurors may be unlikely to be swayed by such evidence,” they write. “Indeed, this resistance might help to explain why providing genetic explanations for misdeeds often fails to affect judgements about criminal culpability and punishment in the ways we might expect, as well as the finding that Americans tend to disfavour genetic explanations for violent behaviour, as compared to environmental and choice-based explanations.”

“When taken together, our results suggest that people’s interpretations and evaluations of findings in behavioural genetics may depend not only on the scientific merit of the evidence, but also on the moral valence of the behaviours in question,” the authors conclude. “This kind of motivated reasoning about empirical information can pose obstacles to scientific literacy, underscoring the importance of identifying exactly what motivations are affecting intuitions about behavioural genetics and precisely what impact biological explanations are having on people’s thinking.”

The study was funded by a grant from the Program on Genetics and Human Agency of the John D. Templeton Foundation, with additional support from the National Institutes of Health. To read the full study, click here.

Kathryn Tabb is assistant professor of philosophy at Bard College. Since receiving her doctorate in history and philosophy of science at the University of Pittsburgh, Tabb has earned a master’s degree in bioethics and health law and served as assistant professor in the Department of Philosophy at Columbia University. Her interests include philosophy of science and medicine, bioethics, psychopathology, American pragmatism, and the history of philosophy, especially early modern philosophy. At Columbia, she taught courses at both the undergraduate and graduate levels, including Science and Values, The Normal and the Pathological, Darwin, and Contemporary Civilization. Professor Tabb is currently working on a monograph on John Locke, Agents and Patients: Locke’s Ethics of Thinking, that explores his theory of psychopathology and its implications for his philosophical theories. Recent peer-reviewed publications include the articles “Behavioral Genetics and Attributions of Moral Responsibility,” Behavioral Genetics; “Philosophy of Psychiatry after Diagnostic Kinds,” Synthese; “Locke on Enthusiasm and the Association of Ideas,” Oxford Studies in Early Modern Philosophy, Vol. 9; and “Darwin at Orchis Bank: Selection after the Origin,” Studies in History and Philosophy of Biological and Biomedical Sciences (2016). Her published work also includes reviews and commentary in Behavioral and Brain Sciences, Psychological Medicine, and Evolutionary Education and Outreach; and book chapters in Perspectives in Philosophy and Psychiatry IV: Psychiatric Nosology; Perspectives in Philosophy and Psychiatry III: The Nature and Sources of Historical Change; and Brain, Mind, and Consciousness in the History of Neuroscience. She is an investigator for the National Endowment for the Humanities grant project, “Humanities Connections Curriculum for Medicine, Literature, and Society” (2017–20); and is coprincipal investigator for the Genetics and Human Agency Project, “Intuitions about Genetics and Virtuous Behavior,” funded by the John D. Templeton Foundation.