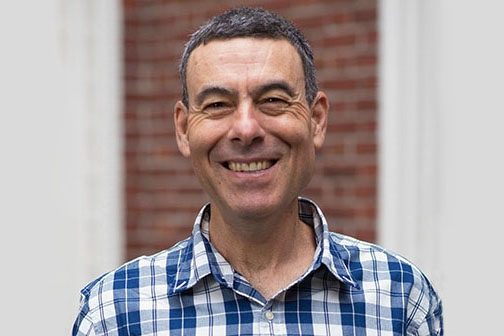 ANNANDALE-ON-HUDSON, N.Y.— By replacing meat with protein-conserving plant alternatives Americans could satisfy key nutritional requirements, while eliminating pastureland use and reducing 35-50 percent of the cropland currently needed for food production in the United States, says a new study coauthored by Bard College Research Professor Gidon Eshel. The findings, part of modeling study published in Scientific Reports, suggest that use of nitrogen fertilizer and greenhouse gas emissions would also be reduced, while only food-related water use would rise.

In their study, “Environmentally Optimal, Nutritionally Sound, Protein and Energy Conserving Plant Based Alternatives to U.S. Meat,” Eshel and his coauthors used a computer model to devise hundreds of plant-based diets to replace either beef alone or all three dominant U.S. meat types: beef, poultry and pork. Plant-based diets consisted predominantly of soy, green pepper, squash, buckwheat and asparagus. The authors’ goal was to model a range of plant replacement diets that were at least as nutritious, if not more beneficial, than the meats they replaced, while also assessing their environmental impact. Diets were modeled to exactly match the protein content of the meat they replace—13 grams of protein per day from beef or 30 grams of protein per day from all three meat types—while also satisfying 43 other nutrient requirements, such as vitamins and fatty acids.

Buckwheat and tofu jointly delivered a full third of the total protein of diets that replaced all meats, yet accounted for only 12 percent of the nitrogen fertilizer and water and less than 22 percent of the cropland needed to produce the meats they replaced. Soy contributed the most protein to beef-replacing diets, but accounted for only six percent of the overall nitrogen fertilizer needed to produce beef. Replacing meat with plant alternatives was estimated to save approximately 29 million hectares of cropland, three billion kilograms of nitrogen fertilizer, and 280 billion kilograms of carbon dioxide per year. Food-related water use was projected to rise by 15 percent.

Gidon Eshel is a research professor of environmental physics at Bard College. He earned a BA from Haifa University and MA, MPhil, and PhD degrees from Lamont-Doherty Earth Observatory of Columbia University.